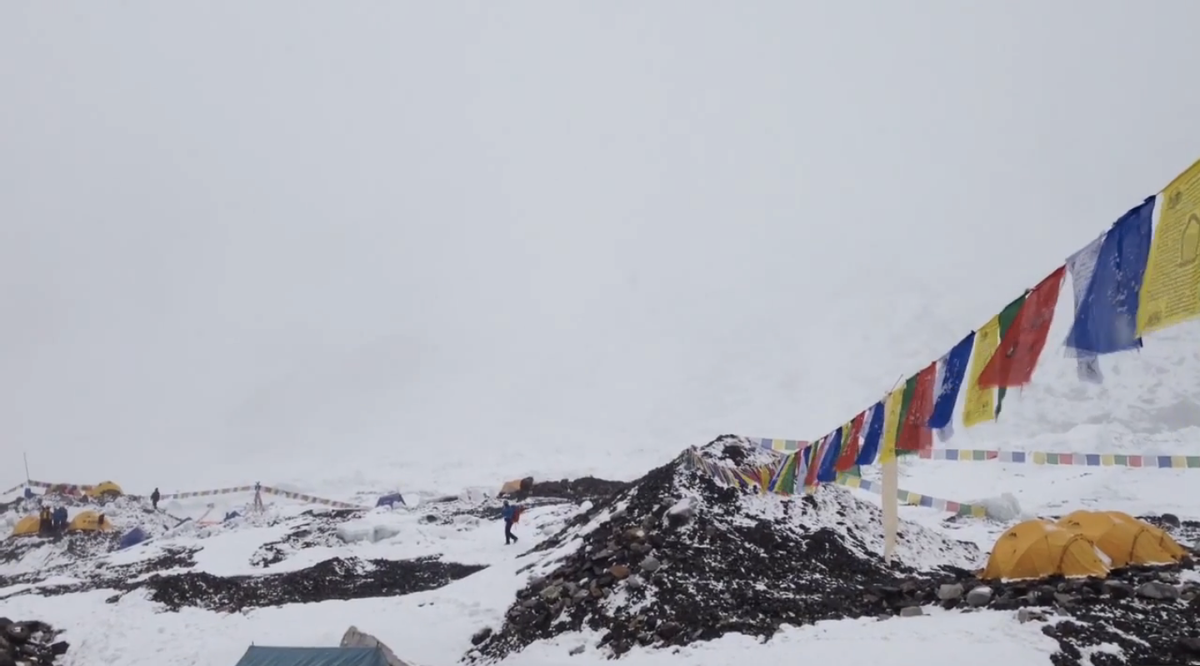 On Saturday, the earthquake in Nepal caused a series of avalanches on Mount Everest and its base camp, killing at least 19 and injuring tens of others. As of Sunday evening, dozens of climbers and sherpas were still trapped on the mountain.

"Hurricane force wind from the blast completely pulverized and blew the camp away," wrote American climber Jon Kedrowski in his blog on Sunday morning. "Many of the injuries were similar to ones you might see in the Midwest when a tornado hits, with contusions and lacerations from flying debris. Head injuries, broken legs, internal injuries, impalements also happen to people. Some people were picked up and tossed across the glacier for a hundred yards."

Meanwhile, Nepal struggles to rescue thousands of people trapped by the 7.8 magnitude earthquake that has killed over 3,300 thus far, with aftershocks making rescue missions even riskier.

"There have been nearly 100 earthquakes and aftershocks, which is making rescue work difficult," said Ek Narayan Aryal, Kathmandu district chief administrator. "Even the rescuers are scared and running because of them."

Climber Jost Kobusch was able to capture terrifying footage of the avalanche descending upon the base camp. Watch the footage below: