Camera crew was on the scene in Kenner, LA when thunderstorms blew four cars off the tracks 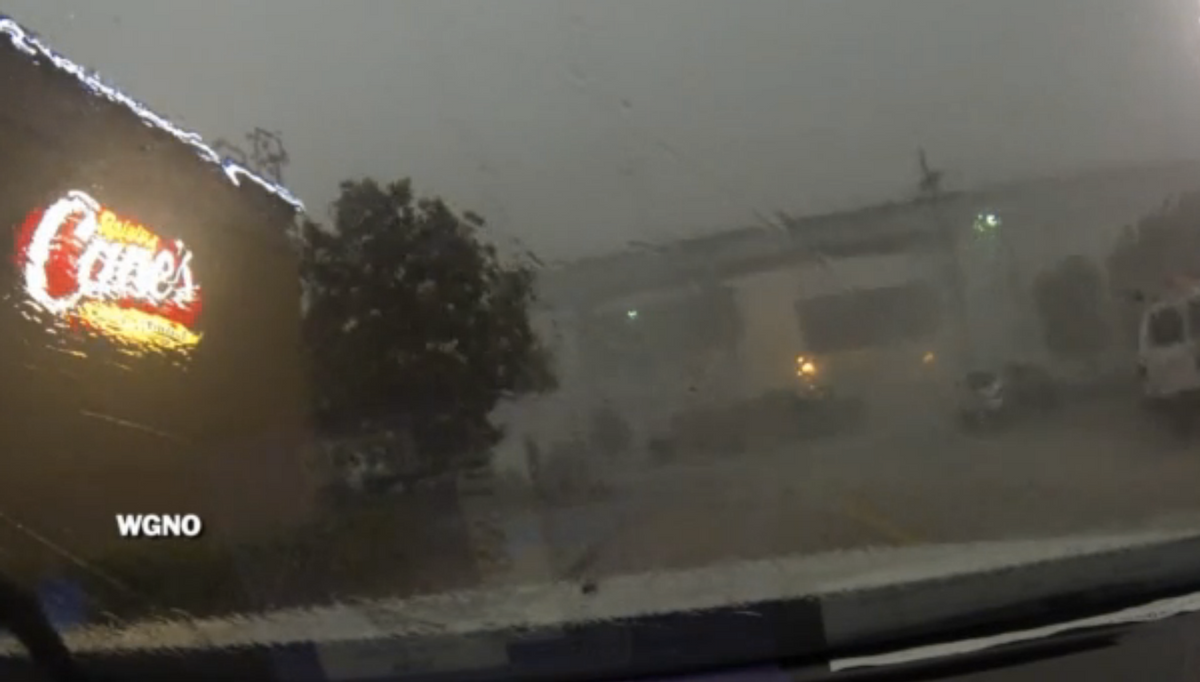 At least four Union Pacific railway cars where blown off an elevated track in Kenner, Louisiana on Monday morning during a severe thunderstorm.

According to NOLA.com, a WGNO-TV camera crew happened to be on the scene at around 10:30 a.m. when the storm came through.

The New Orleans Public Belt Railroad published a statement that read, in part:

"Due to the severe weather this morning four Union Pacific Railroad railcars derailed and dropped off the eastbank approach to the Huey P. Long Bridge. The railcars were empty and did not contain any hazardous materials. No leaks and no injuries are reported at this time. Jefferson Parish Police, Fire and other responders are on scene to secure the area."

Watch video of the accident, embedded below via WGNO-TV: