"This is why the police have militarized": Conservatives respond to Baltimore riots 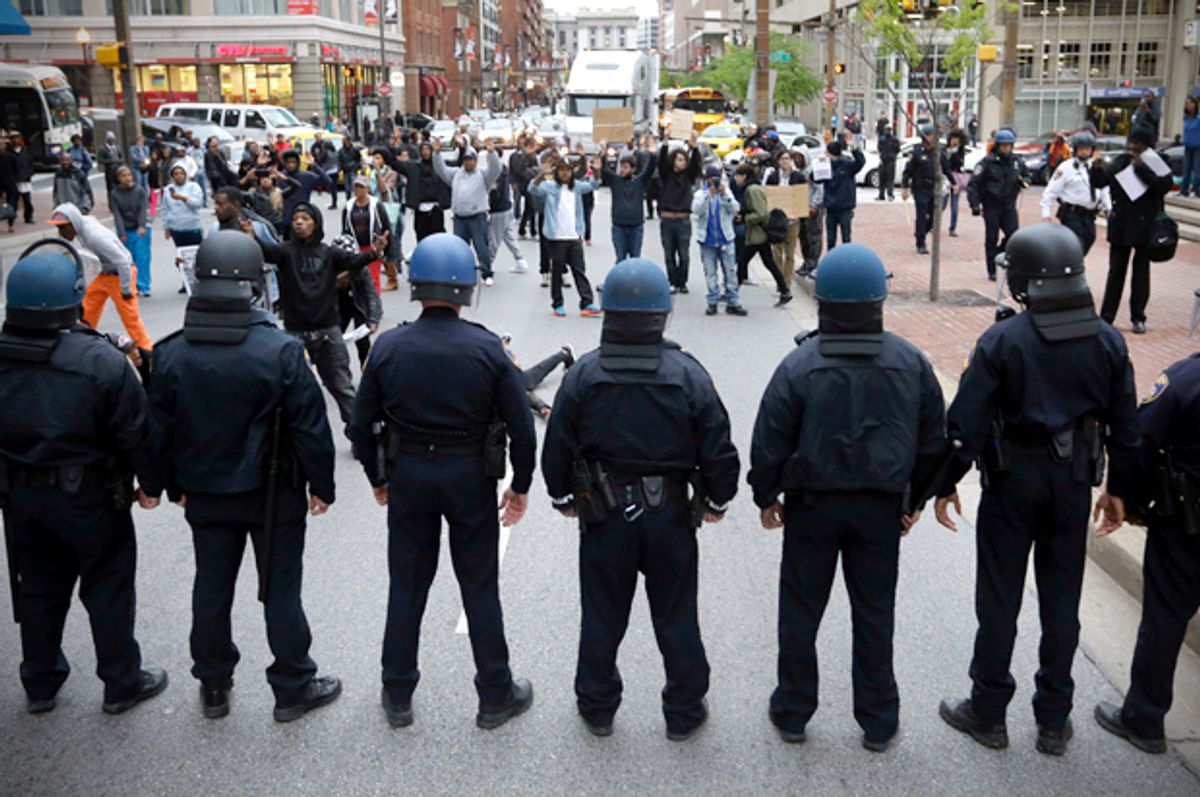 Another round of confrontational riots has erupted in Baltimore in response to the death of Freddie Gray, whose spinal cord was severed while in police custody. As the protesters vent their frustration over decades of police impunity for countless acts of violence against the city's African American population, conservatives on Twitter have been quick to respond.

Ironically, some of the online pundits who are denouncing the protesters for "violence" are calling for police to start executing people in the streets. Also, predictably, this is Obama's fault—or maybe it was his secret plan all along...

When a police sniper IDs & isolates a brick-thrower, he should be ordered to take the shot. #FreddieGray #Baltimore

Hmmmm... an AR-15 with 30-round magazines sure seems reasonable in #Baltimore right now, doesn't it?

I would say this isn’t what Freddie Gray wants, but based on his rap sheet, I’d say this is exactly what he wants.

"Freddie Gray's family doesn't want this." Apologies but we have a President that does. They're outranked.

And this is why the police have militarized. Geez. Lawlessness begs for more force. KNOCK. IT. OFF.

Shocked, shocked six years of divisive remarks and a DOJ bent on social justice has transformed our nation into a fiery powder keg.

Liberals won't get angry about the #BaltimoreRiots unless the rioters start carrying off loot in untaxed plastic bags.

Quick, reporters, ask the victims of the Baltimore mob if they think global warming is the greatest problem they face.

The people that actually pay taxes in Baltimore deserve better police protection than this.