"Oh my god! I felt the wind from that on my head and I got it on camera!" 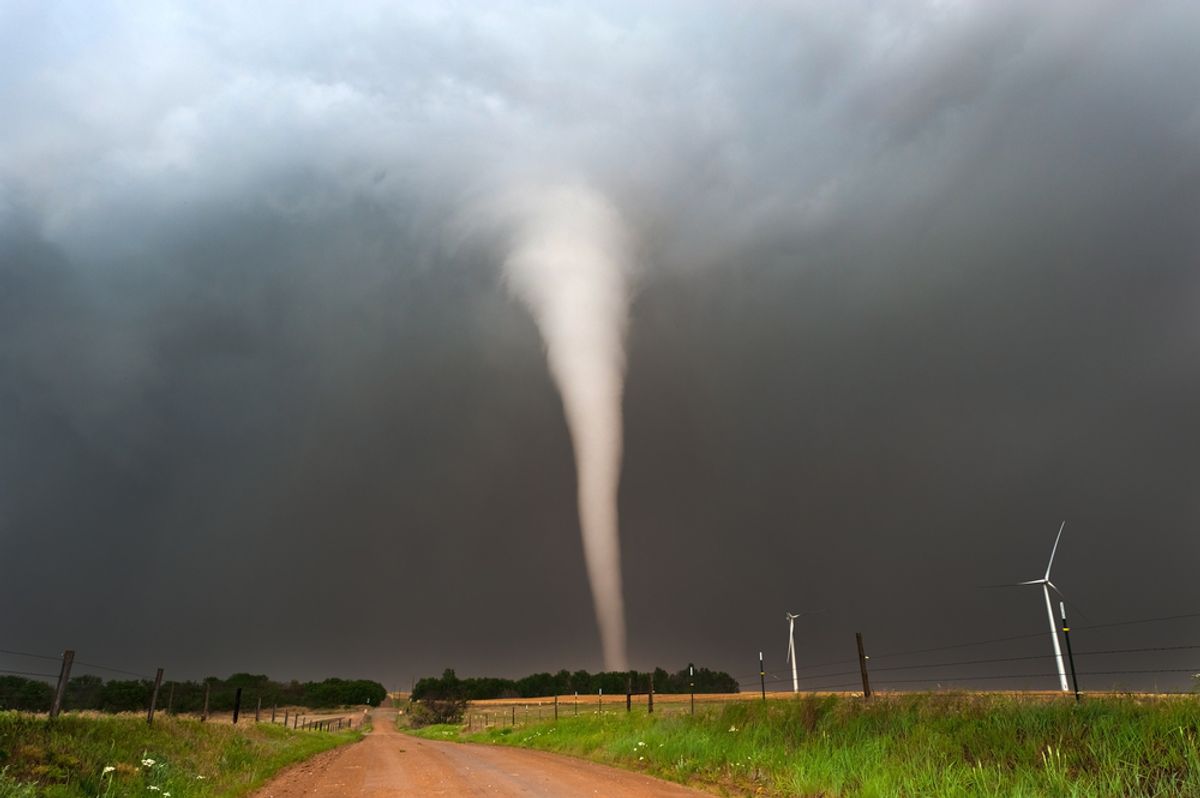 On Sunday, a mile-wide, "extremely dangerous" tornado reached the ground in northern Texas and a goofy, brave, idiotic, amazing storm chaser was there to capture the scene.

"Oh my God!" the man shooting the video shouts while driving down a road being pelted with enormous hail. "I felt the wind from that on my head and I got it on camera. Oh my gosh, we've got softball-sized hail--"

And then the front windshield of his car is shattered by falling precipitation.

The storm knocked out power to more than 30,000 people in Texas, according to online reports compiled from local power companies...

Johnson County Emergency Management reported that semi-trailer trucks had been overturned, roofs were blown off, and roads were flooded, according to The Weather Channel. The agency also reported damage around the Rio Vista area, NBC Dallas-Fort Worth said. It said crew would be assessing the scale of the damage on Monday.