"We know there's injustice," he said, "but rioting in the streets is wrong!" 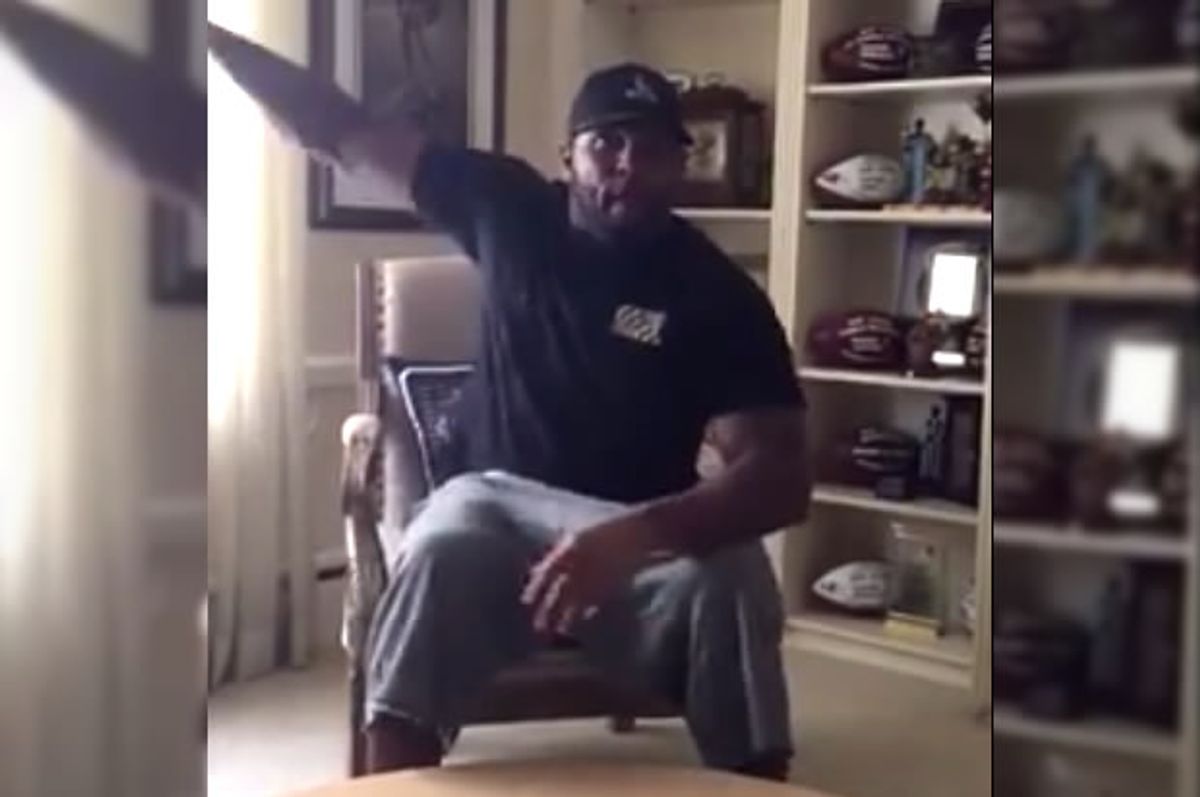 "No way!" Lewis began. "No way this can happen in our city!" He implored the "kids" responsible for the rioting to "go home," saying they had "no right to do what you're doing to this city."

Lewis said that he and the people "who built the city, who put it on their backs," know that Freddie Gray's death was unjust and symptomatic of larger issues. "We know there's injustice," he said, "but rioting in our streets is wrong!"

He concluded by noting that in no way should the people of Baltimore allow the protesters to "dictate" what happens to "our city," then reached out last time to those he believes responsible for the night's events to "go home," because he's "not going to allow this to happen on [his] clock."

The plea for civility may seem odd coming from Lewis, a former linebacker known for his brutal style of play -- and who was once charged with murder for his involvement in a fatal brawl after a Super Bowl party on January 31, 2000. He plead guilty to lesser charges in exchange for testifying against his co-defendants, who were later acquitted.

Watch the entire video below via Ray Lewis on Facebook.

I've got a message for the rioters in Baltimore. #BaltimoreRiots