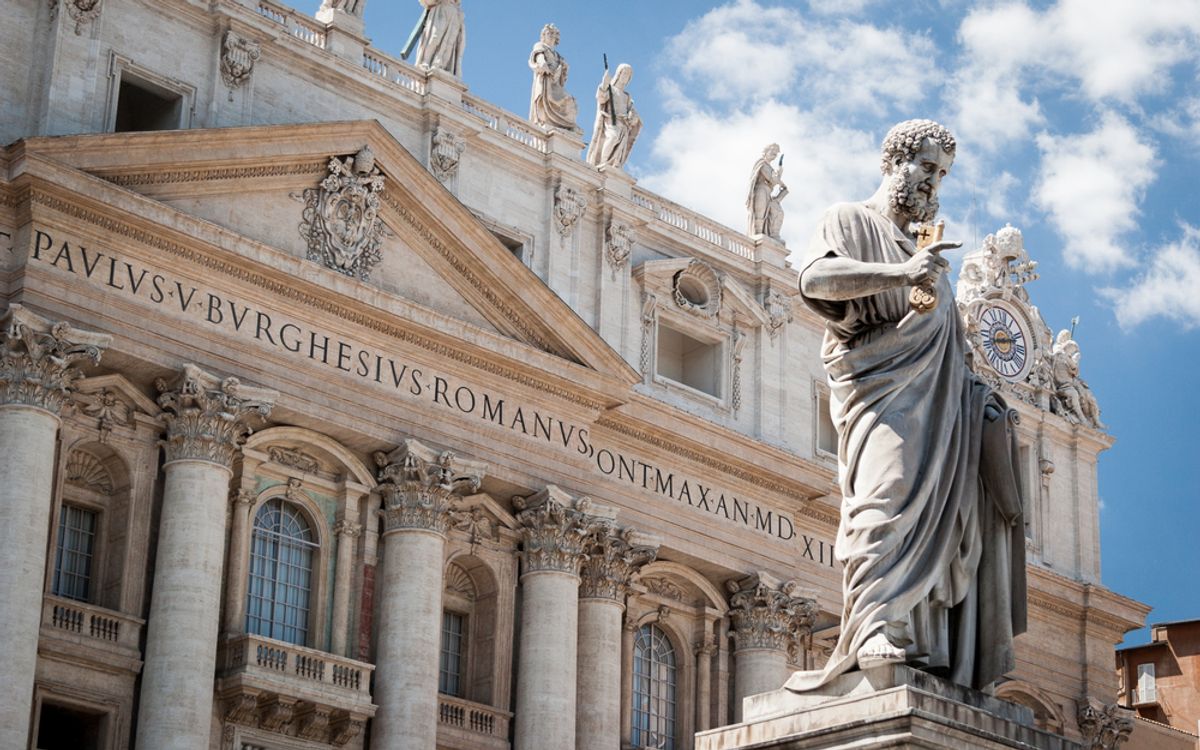 The Vatican's made it clear that it accepts the science of man-made climate change -- that, in the words of Cardinal Peter Turkson, "the ever-accelerating burning of fossil fuels...is disrupting the earth's delicate ecological balance on almost unfathomable scale." -- and that a "moral conversion and change of hearts" is needed to address the threat.

At a summit on climate and poverty Tuesday, leaders called on the world's 1.2 billion Catholics to embrace climate action and reject the continued reliance on fossil fuels. “In our recklessness, we are traversing some of the planet’s most fundamental natural boundaries,” Turkson warned. “And the lesson from the Garden of Eden still rings true today: pride, hubris, self-centredness are always perilous, indeed destructive. The very technology that has brought great reward is now poised to bring great ruin.”

The conference precedes the Pope's much-anticipated encyclical on climate action, which is due out this summer. In the lead-up to that, two of the Vatican’s leading bodies released a declaration, "Climate Change and the Common Good," laying out the moral and ethical case for acting on the science. Here's how it begins:

Unsustainable consumption coupled with a record human population and the uses of inappropriate technologies are causally linked with the destruction of the world’s sustainability and resilience. Widening inequalities of wealth and income, the world-wide disruption of the physical climate system and the loss of millions of species that sustain life are the grossest manifestations of unsustainability. The continued extraction of coal, oil and gas following the “business-as-usual mode” will soon create grave existential risks for the poorest three billion, and for generations yet unborn. Climate change resulting largely from unsustainable consumption by about 15% of the world’s population has become a dominant moral and ethical issue for society. There is still time to mitigate unmanageable climate changes and repair ecosystem damages, provided we reorient our attitude toward nature and, thereby, toward ourselves. Climate change is a global problem whose solution will depend on our stepping beyond national affiliations and coming together for the common good. Such transformational changes in attitudes would help foster the necessary institutional reforms and technological innovations for providing the energy sources that have negligible effect on global climate, atmospheric pollution and eco-systems, thus protecting generations yet to be born. Religious institutions can and should take the lead in bringing about that change in attitude towards Creation.

Some of those proposed changes, as the Times' Andy Revkin points out, are sure to be a bit unsettling for "conservatives and capitalists": "Market forces alone, bereft of ethical values, cannot solve the intertwined crises of poverty, exclusion, and the environment," the declaration reads, before warning that "we should be prepared to accept a reallocation of the benefits and burdens that accompany humanity’s activities both within nations and between nations." To be fair, Revkin also flags some points for liberals to take issue with; namely, its refusal to engage with the idea of family planning, which is pretty important from the perspective of how much damage our current population levels are already causing.

But climate deniers, of course, are having the worst of it, as they are now in the incredibly uncomfortable position of having to argue with the Pope, who they fear is under the sway of U.N. Secretary General Ban Ki-Moon. “Though Pope Francis’s heart is surely in the right place,” said Joseph Bast, president of the climate denying Heartland Institute in a press release last week, “he would do his flock and the world a disservice by putting his moral authority behind the United Nations’ unscientific agenda on the climate.”

Ban, after a private meeting with the Pope, assured the delegates that when it comes to climate change, science and religion are "fully aligned."

“Let the world know," he said, "that there is no divide whatsoever between religion and science on the issue of climate change."