Needless to say, the audience did not join his hateful chant 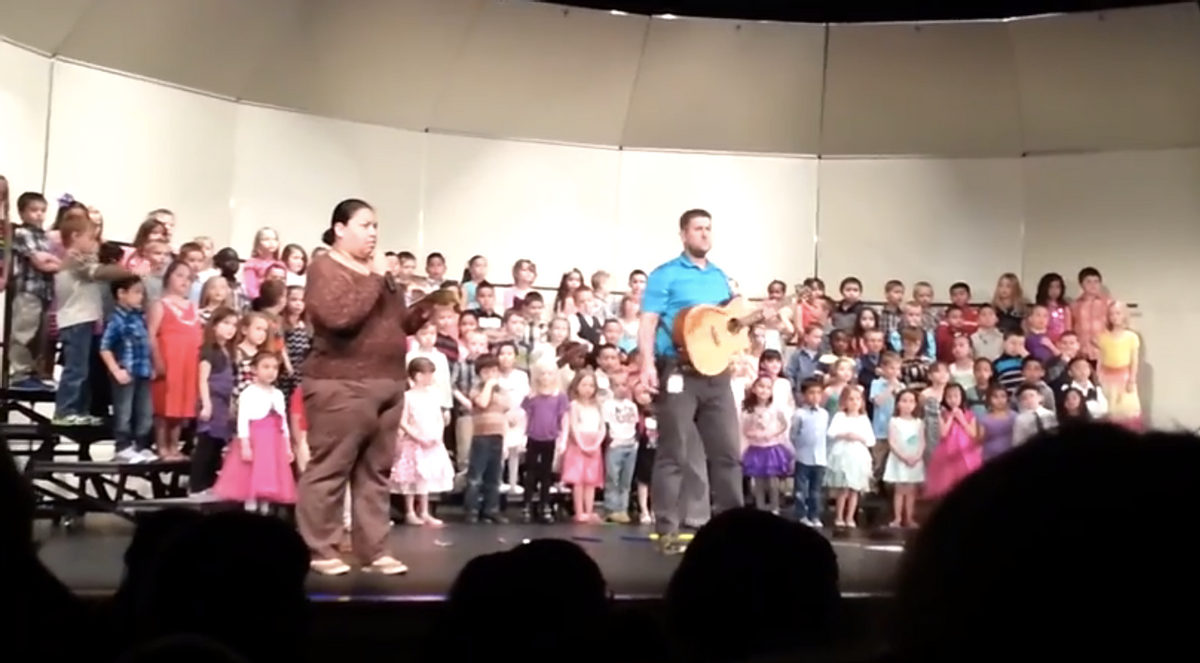 Reddit has ushered in a new contender for the title of World's Worst Person this week. The man, an angry nativist who reigns from Perry, Iowa, was captured in a video uploaded Thursday shouting across the audience of a kindergarten performance "English only, USA!" as a Spanish interpreter began talking. Much to the man's shock, the audience did not join him in his hateful chant. Instead, he was promptly escorted out the door as Kindergarteners and parents, alike, cheered his exit.