Lest we forget: When white kids do it, it's not a riot, it's a "celebration" 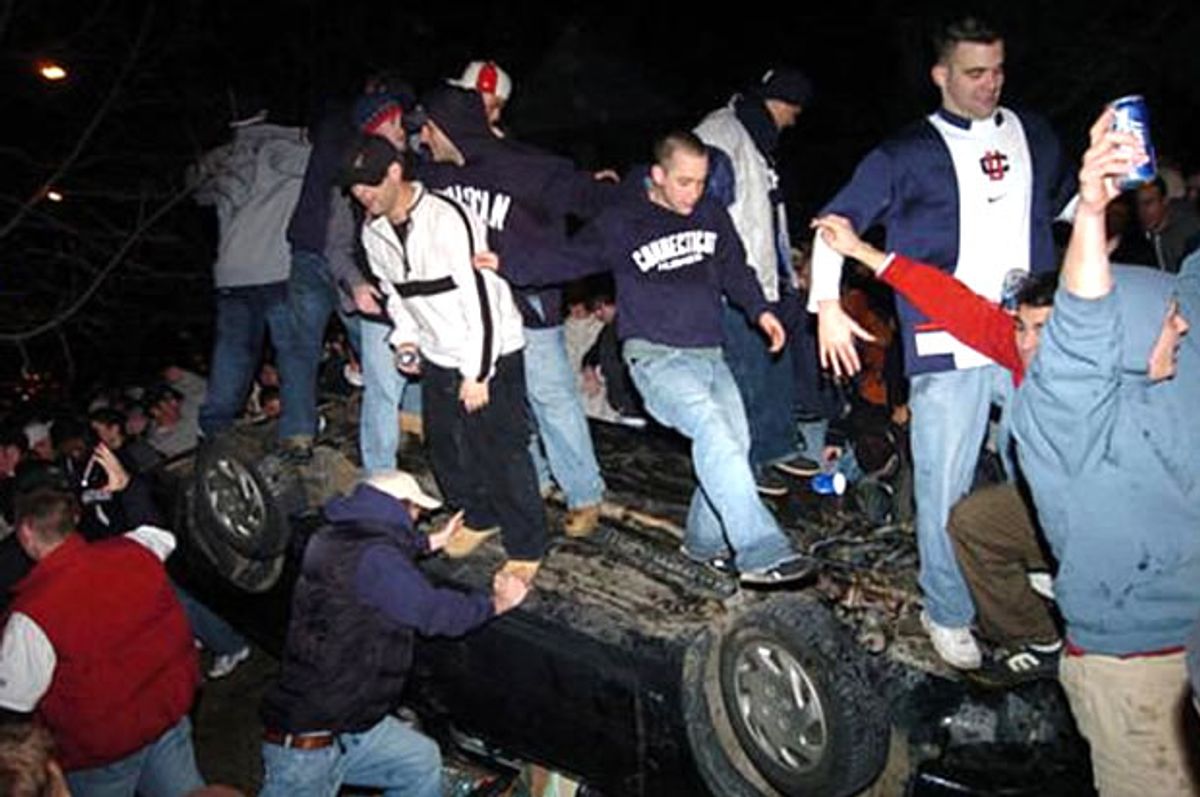 Whenever all the major networks devote countless new cycles to members of the African-American community "rioting" over a manifest injustice, it's important to be reminded that the language used to describe black protesters with a legitimate grievance is never trotted out when, for example, white college students rail against the tyranny of pumpkins:

Or when "revelers" "celebrate" the victory and/or defeat of their favorite sportball team:

It's unclear why "riot cops" would be needed to quell a "celebration," but as @red3blog noted in a brilliant string of tweets last year, they most certainly are:

As Carl Bialik argued at FiveThirtyEight, sportball-related civil unrest is basically an American tradition at this point, and it is treated as such by most news outlets.

Justifiable anger at the senseless death of an African-American, however, can lead to one thing and one thing only -- rioting.