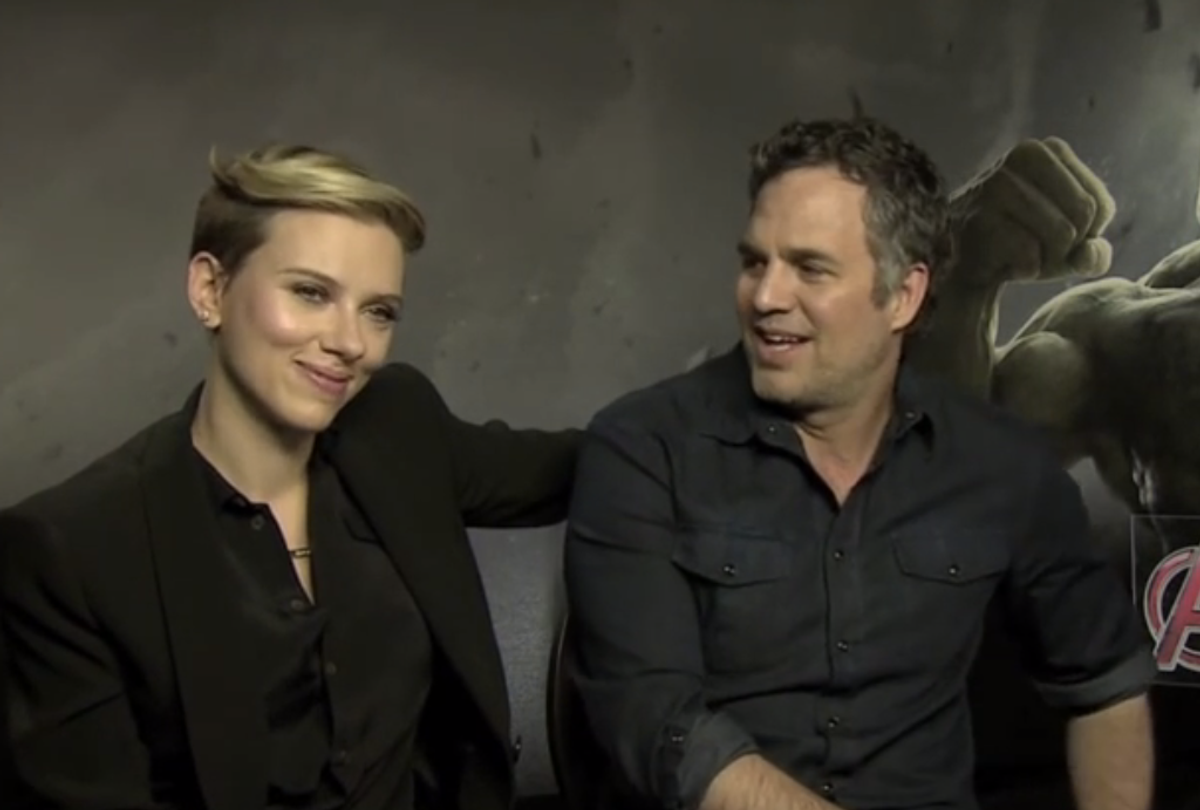 There have been a number of moves in the past year to force red carpet reporters to "ask her more" -- to move past the stereotypical questions directed at female actors about their workout routines and outfits, and instead ask them the same sorts of questions directed at their male counterparts. Scarlett Johansson described the phenomenon well during her press tour for the last "Avengers" movie, when she observed that her co-star Robert Downey, Jr. always fielded "the existential questions" while she receives "the rabbit food questions."

So, for this "Avengers" film, some reporters are taking note and tweaking their interview questions. During a sit-down with Johansson and co-star Mark Ruffalo, Cosmopolitan UK decided to ask Ruffalo all the questions typically reserved for female stars, such as how he changed his diet to play the Hulk and what he's wearing to the film's premiere.

"I'm wearing a suit," Ruffalo said of his red carpet attire. "A Burberry suit, my tip of the hat to being in London."

The interviewer focused on questions more closely related to the film with Johansson, who explained how she works with her stunt double -- but never once had to answer a question about wearing underwear with her Black Widow costume. Later, Cosmo asked Ruffalo if he felt any pressure to "slim down" for his role, and both stars chimed in accordingly.

"Not really," Ruffalo responded. "I have a prison routine that I do."

"He ate a bunch of peanut butter and did some push-ups, right?" Johansson added.

Watch the whole interview, via Cosmo UK, below: