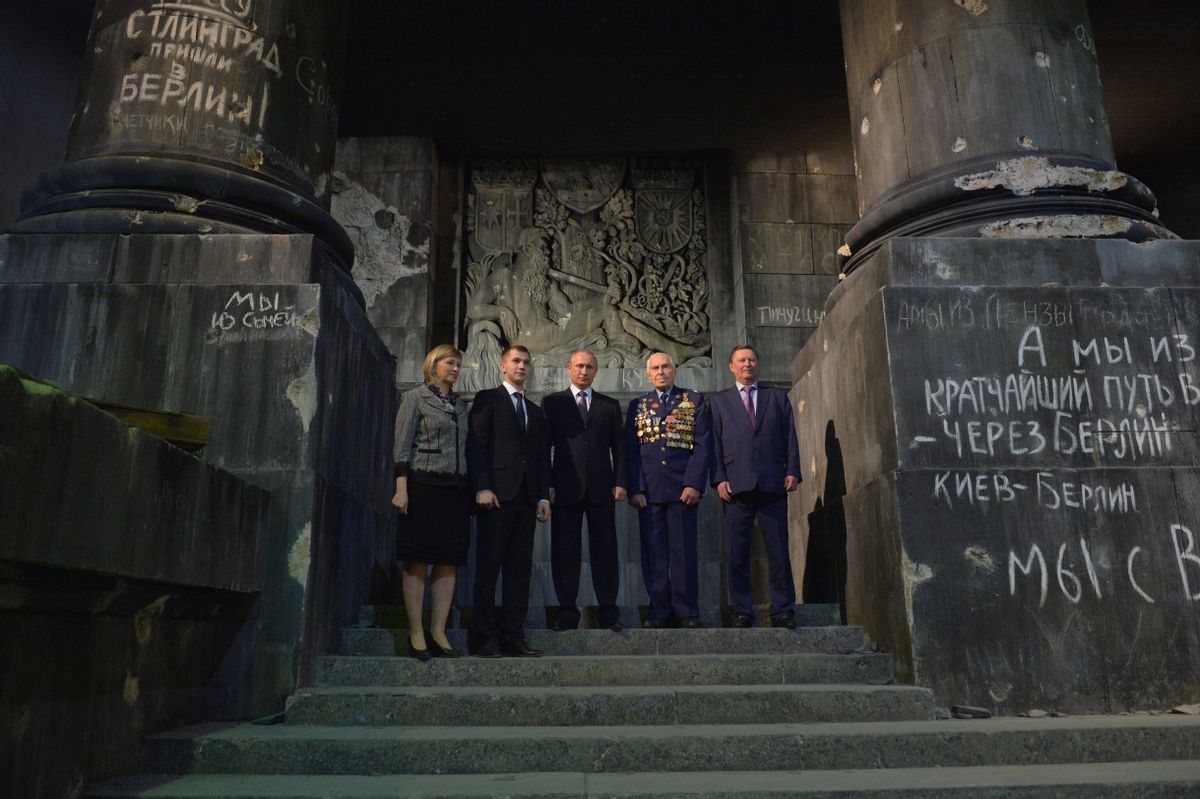 Russian President Vladimir Putin, center, poses for a photograph as he visits a diorama representing the storming of Berlin by the Soviet army in the closing days of World War II in the 1945 battle for Berlin in St. Petersburg, Russia Tuesday, April 28, 2015. (Alexei Druzhinin/RIA Novosti, Kremlin Pool Photo via AP) (AP)
--

MOSCOW (AP) — Russian President Vladimir Putin says his country's economy has weathered the worst of its downturn even though it appears headed for a deep recession.

In comments reported Tuesday by state news agency RIA Novosti, Putin said the economy had stabilized after a dramatic drop in the value of the ruble last year.

"It's completely obvious to specialists that we've passed this peak of stress. It doesn't mean that now everything's going to go soaring upwards for us," he said.

Speaking in St. Petersburg at an event organized by the Russian People's Front, a government-sponsored campaign group, Putin said the country would still feel the effects of economic trouble in the coming months, "but overall it's already clear that there is no collapse and that there won't be one."

According to a World Bank estimate published this month, Russia's economy will shrink by 3.8 percent this year and 0.3 percent next year as it suffers from weak investment demand, sanctions and the low oil price.

Cheap oil has dented government revenues and is a major factor behind the government's decision to cut budget spending by 10 percent across the board in all but a few protected areas, such as military spending and infrastructure for major projects including the 2018 soccer World Cup.

The ruble has recovered strongly this year after collapsing in value in a matter of days in December and was the best performing world currency in the first quarter of 2015. However, the Russian currency remains more than a third below its value against the dollar at the start of last year.