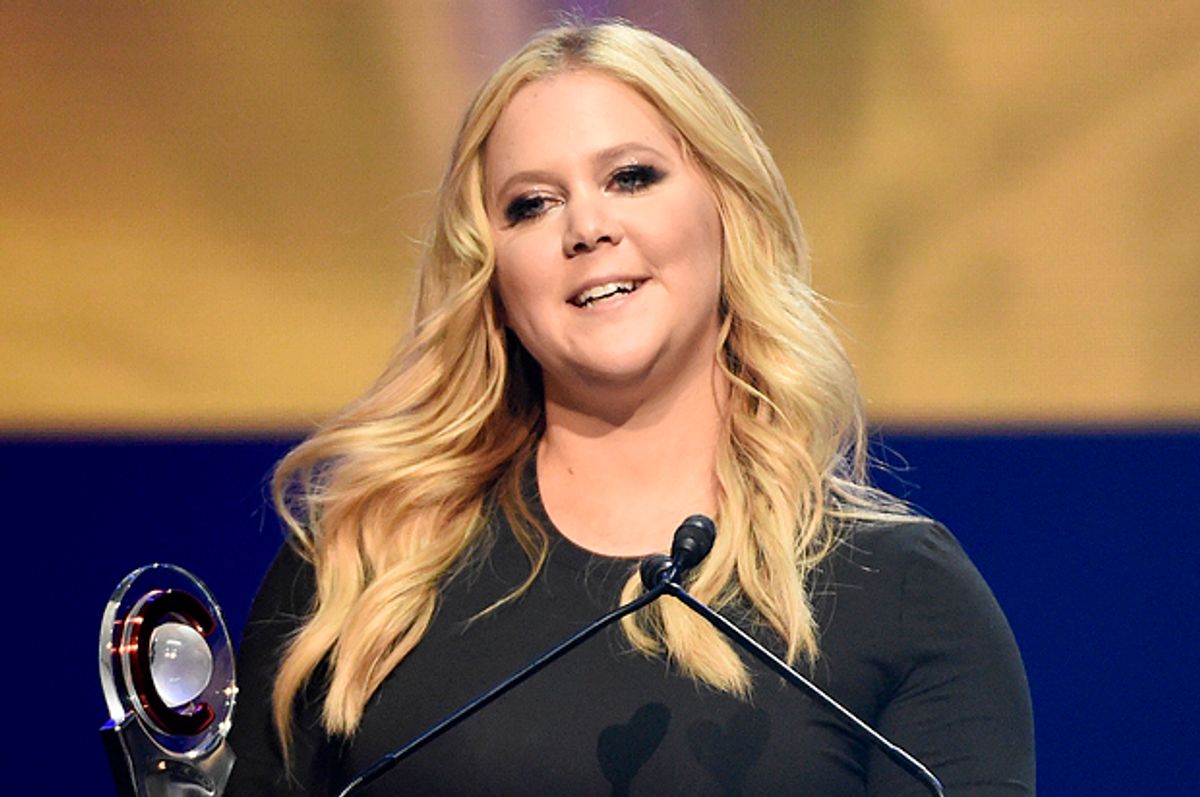 Many women watching the interview might have recognized the ease with which a particular type of self-important man can be disarmed by the pantomime of causal intimacy, and Schumer laughed at Biderman’s responses at exactly the right moments. Biderman, while seemingly striving to present himself as both affable and as someone who is exempt from ethical accountability, maintained his go-to stance of total innocence in any personal or marital distress caused by his site. But when he acknowledged to Schumer that “controversy has fed our success,” he’s unable to swallow his smile; the thrill this gives him is too great to hide.

The Toronto-based service, found in 2001, claims that around 30 million users from more than 30 countries regularly log in to pursue some form of infidelity. A 2012 lawsuit filed by a former employee paints a slightly different picture, however, alleging the creation of at least 1,000 fake accounts in a stint to encourage paid subscriptions during a new-market launch. [The lawsuit was dismissed without costs earlier this year.] For comparison consider Tinder, released only a few years ago in 2012 and which reportedly now hosts between 40-50 million active users, or Passion.com, a hookup/profile-matching service with a similar function to Ashley Madison, but which currently serves over 50 million members. Still, the service has seen continued stable growth and global expansion, even as the market for mobile hookup apps explodes. Users are attracted, perhaps, not only to the site’s titillation and intrigue but also to its emphasis on discretion, the site’s homepage boast that Ashley Madison is “the world’s leading married dating service for discreet encounters.”

For a site that pretty indisputably celebrates and encourages adultery, it’s curious that early on in his conversation with Schumer, Biderman circles back a few times to talking points that appear to tout the platform primarily as a means for couples to explore swinging and open marriages together. In actuality, this demographic appears to be represented by only a small percentage of accounts.

Biderman lectures Schumer about how people “don’t really understand the concept of monogamy.” But the idea that a smarter-than-the-rest-of-us-Biderman just so happens to have it all figured out is a tough sell. “Most people don’t negotiate monogamy in their own marriages,” he continues, his voice wavering right around the pitch of incredulous before he admits in his very next sentence that the same is true regarding his own marriage. A bold move, considering that in an interview for an Australian news and commentary program, Biderman confessed that if he discovered his own wife using Ashley Madison, he “would be devastated.” Naturally.

As long as it’s only other people’s commitments, Biderman’s ethics remain strictly laissez-faire. "We're just a platform,” he commented to Time for a report in 2009, “No website or 30-second ad is going to convince anyone to cheat.” True — that’s part of Having Good Boundaries 101 in any exclusive partnership, and Biderman certainly isn’t forcing anyone to create or use an account. Continuing for Time, he explained, “People cheat because their lives aren’t working for them." This is maybe supposed to be Big Guy’s bright, profound moment, but it’s a pretty weak pass. Luckily super sleuth Schumer is about to break this all down for us.

What are some of the things that Biderman would assign to the category of a person’s life not working for them? Severe illness? Extreme financial duress? Huge, irreconcilable core beliefs between two people who once planned to build an entire life together? Nah, you’re overthinking it: It’s that the wife got fat! (Bonus answer: or pregnant!)

After he delivers this little gem of wisdom, Schumer wastes no time calling out Biderman for a since-trashed Ashley Madison commercial in which it’s overtly implied that a man is using the website to cheat on his wife because she’s gained weight. There’s a certain subtlety in Schumer’s delivery — a frank cordiality that becomes especially cutting when she informs Biderman, “I did think that it was kinda mean and unsympathetic.” Biderman hints briefly at defensiveness; it’s probably difficult for him to imagine a single crowded table that he couldn’t elbow his way in to.

Biderman’s seems to want us to know this isn’t the first time he’s been confronted by one of those feminist types. “What about dealing with reality?” he wants to know. Listen, just in case you forgot for a second about whether or not women have any value beyond their use as sexual objects, Schumer made us this little reminder. Because reality.

In the interview’s final moments, Biderman loses the thread back to his persona of disaffected moral superior and reminds Schumer and those watching at home that he’s really doing women everywhere a supreme favor. He’s “handing us a road map” for what to avoid so that we never find ourselves on the wrong end of his website. What a gift.