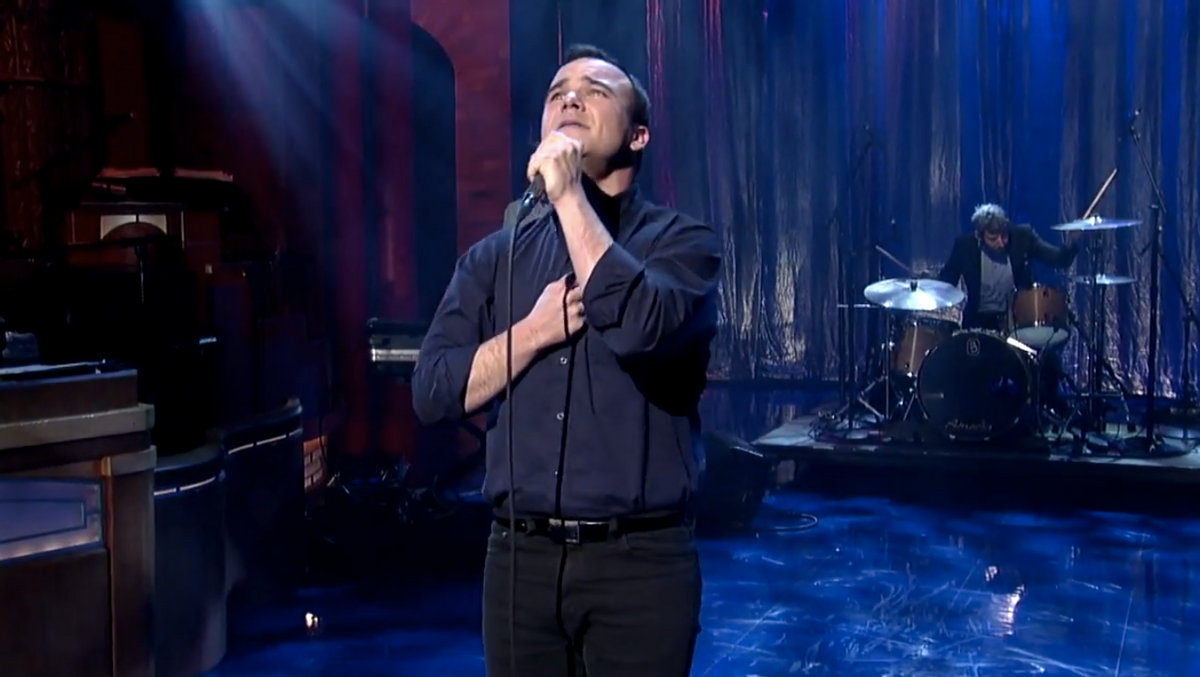 Baltimore-based synth-pop outfit Future Islands returned to "The Late Show With David Letterman" Tuesday night for the first time since absolutely blowing Letterman's mind back in spring of last year. In the wake of Baltimore unrest, the band's set took on a very different tone this time around. Frontman Samuel T. Herring turned the debut of the band's new song "The Chase" into a haunting tribute to those in Baltimore. And, of course, he did so with some of his signature chest-pounding and squat-dancing in there too. "This song goes out to the people of Baltimore," he opened the set. "Let us not discount their voices."

Earlier this week, Herring used his band's official Twitter account to sound off on the Baltimore riots:

Watch the performance below: