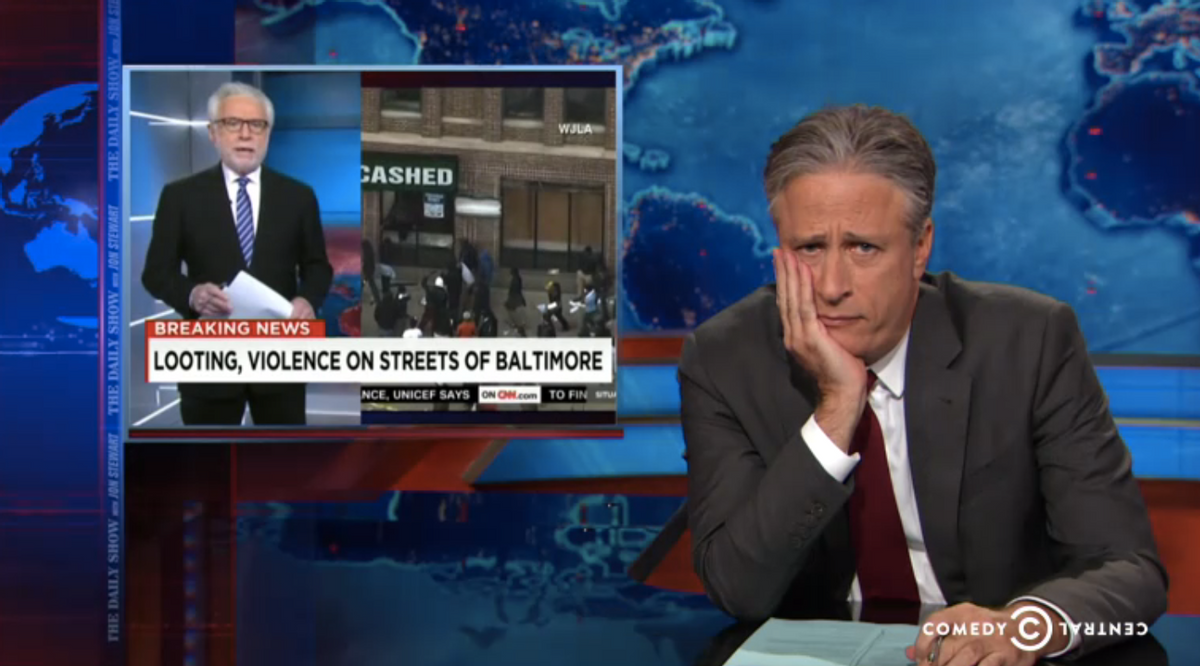 CNN's Wolf Blitzer has somehow managed to forget all about the Ferguson riots already. This might explain his shock yesterday when he reported in a breaking segment on the Baltimore riots that "it [was] hard to believe this was happening in a major American city." Continuing,"I don't remember seeing anything like this in the United States of America in a long time."

Like many, Jon Stewart was baffled by the television anchor's shock and opened Tuesday night's "Daily Show" with a reminder that Ferguson was just a few short months ago. And yes, apparently we live in a world where this type of reminder is required.

“Elvis leading a herd of orthodox Jewish unicorns through a city street — that would be hard to believe,” Stewart said. “This sh*t happens all the time. Ferguson was just a few months ago, and you were talking about it.”

Stewart managed to weave in a few "50 First Dates" jokes about Blitzer for the occasion. “I am worried about you,” Stewart said. “Do I need to get [Adam] Sandler to go over to your house and just run sh*t by you every morning?”