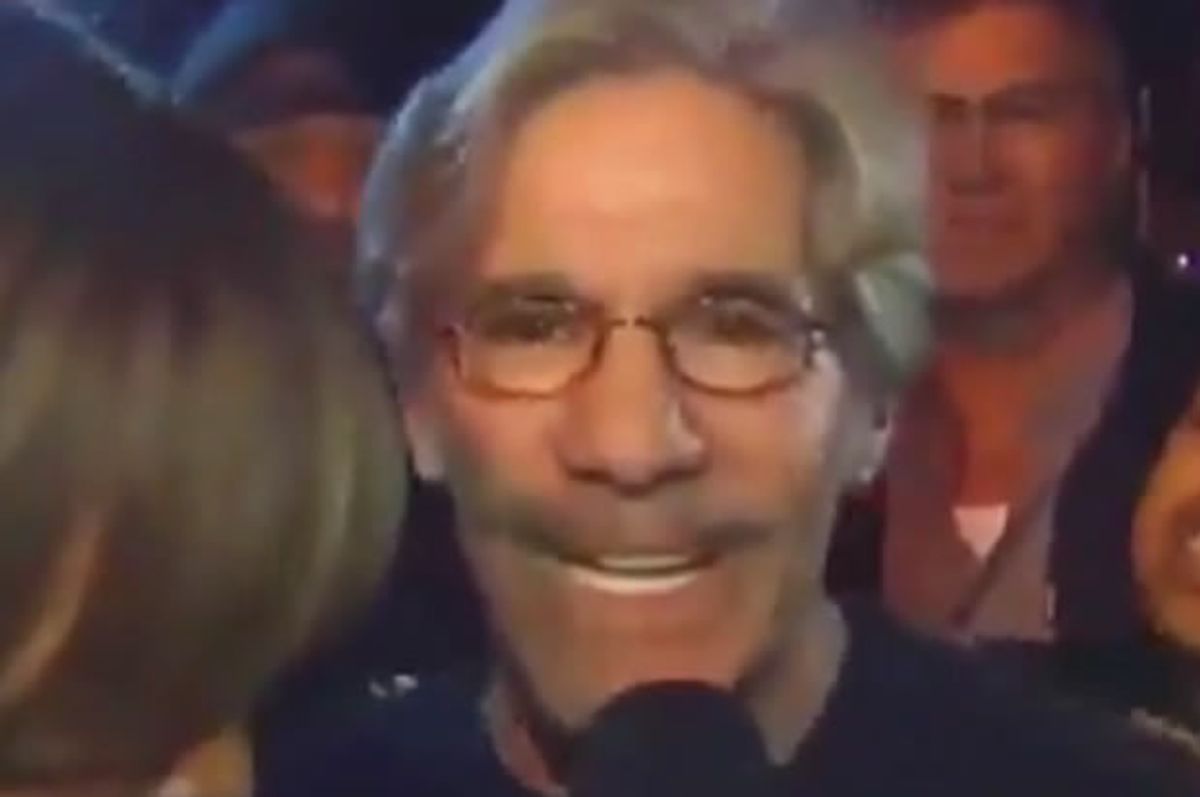 While reporting remotely from Baltimore last night on the "Hannity" show, Geraldo Rivera found himself embedded with a group of protesters who clearly didn't appreciate his presence -- or the way in which the protests are being covered by Fox News.

He was there, ostensibly, to interview Senate Majority Leader Catherine Pugh, but he was quickly engulfed by protesters insisting they "don't need your false coverage." One protester can be heard in the background urging him to "stop making money off of black pain."

At no point does the situation seem likely to escalate, but state Senator Pugh pulled Geraldo aside anyway and told him that while she wants "our people to go home" when the citywide 10 p.m. curfew falls, she also wants "the media to move back, because this is just inciting people."

She acknowledged that the early exchange with the protesters may have been "unpleasant," but said that Rivera needs to understand that this "is a very emotional thing."