Pope Francis lashes out over gender wage gap: "The disparity is pure scandal" 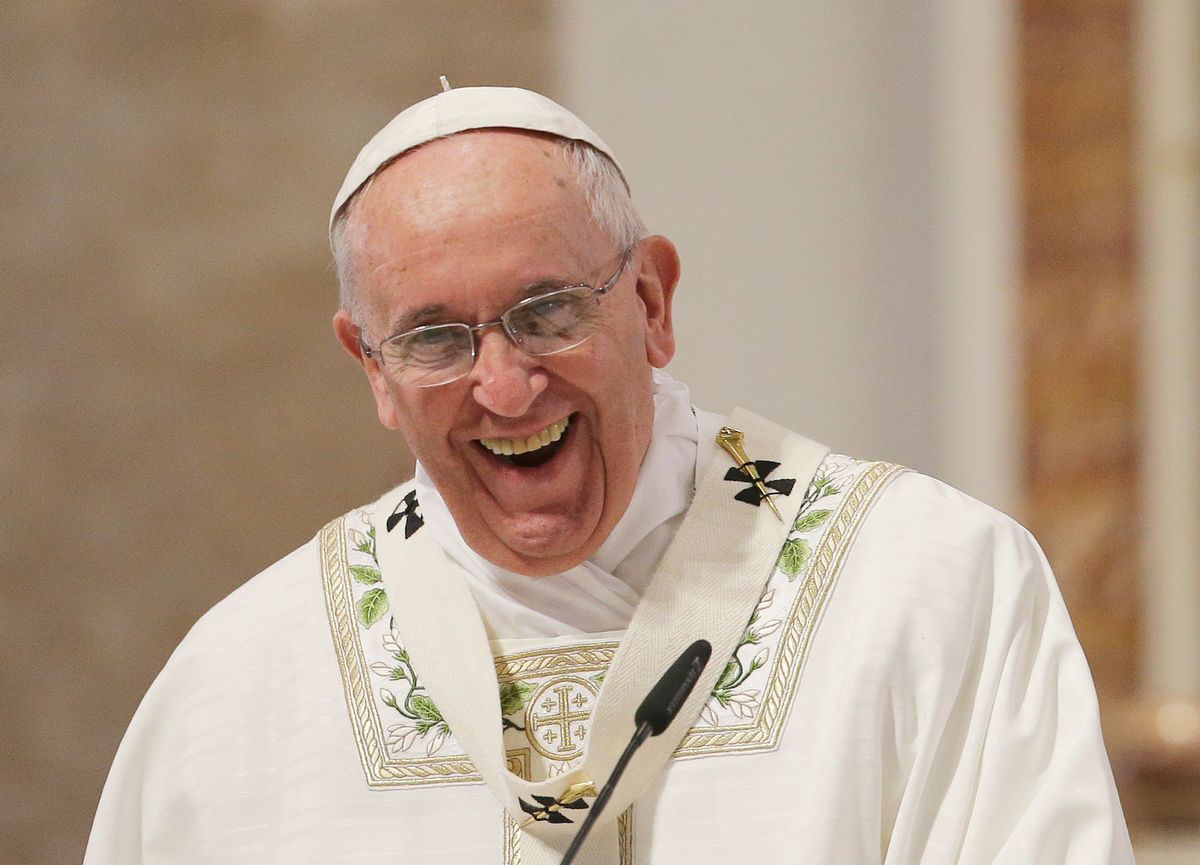 Francis also lambasted the attitude of those who blame the crisis in families on women getting out of the house to work. He said such attitudes are a form of "machismo" that shows how men "want to dominate women."

Francis made the comments during his Wednesday general audience, which he has been devoting to different aspects of family life before a big meeting on family issues in October.

Francis said the "radical equality" that Christianity proposes between husband and wife must bear new fruit.

"We should support with decisiveness the right to equal pay for equal work," he said. "Why is it a given that women must earn less than men? No! They have the same rights. The disparity is pure scandal."

Francis has spoken out frequently about how the Catholic Church in general must give greater value to the "feminine genius," and has called for women to take on greater decision-making roles in the church, though he has ruled out women's ordination or having women head Vatican congregations.

Only about 18 percent of Holy See employees are women, up from 17 percent four years ago. Currently, only two women hold the rank of undersecretary in a Vatican department.

While speaking out about the need for a greater role for women in the church, the 78-year-old Argentine Jesuit has raised eyebrows with some seemingly tone-deaf comments: He has said Europe in many places resembles an "infertile" grandmother. He has urged nuns not to be "old maids." And he once welcomed new female members of the church's most prestigious theological commissions as "strawberries on the cake."

On Wednesday, he came to women's defense. He took the biblical Adam to task for having blamed Eve for having given him the forbidden apple. "It's always the women's fault," Francis said sarcastically. "Poor woman! We must defend women!"