Protester perfectly explains why nonviolent protesting is not always effective

"Now that we've burned down buildings...now all of the sudden everybody wants to hear us" 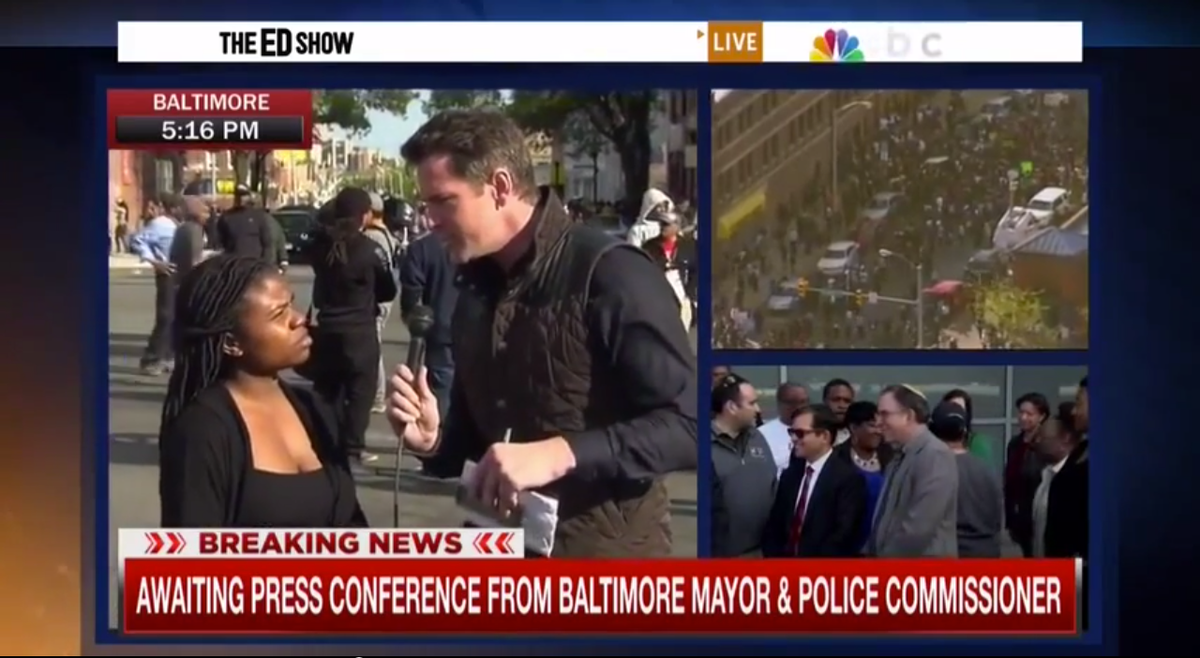 On Tuesday, MSNBC correspondent Thomas Roberts spoke with a protester, identified only as Danielle, who perfectly explained the problem with pundits advocating nonviolent demonstrations in response to Freddie Gray's death.

"My question to you is, when we were out here protesting all last week for six days straight peacefully, there were no news cameras, there were no helicopters, there was no riot gear and nobody heard us," she said. "So now that we've burned down buildings and set businesses on fire and looted buildings, now all of the sudden everybody wants to hear us."

"Why does it take a catastrophe like this in order for America to hear our cry?" Danielle continued. "I mean, enough is enough. We've had too many lives lost at the hands of police officers. Enough is enough."