Praising a mom for beating her son suggests only violence can discipline black kids. And she doesn't feel heroic 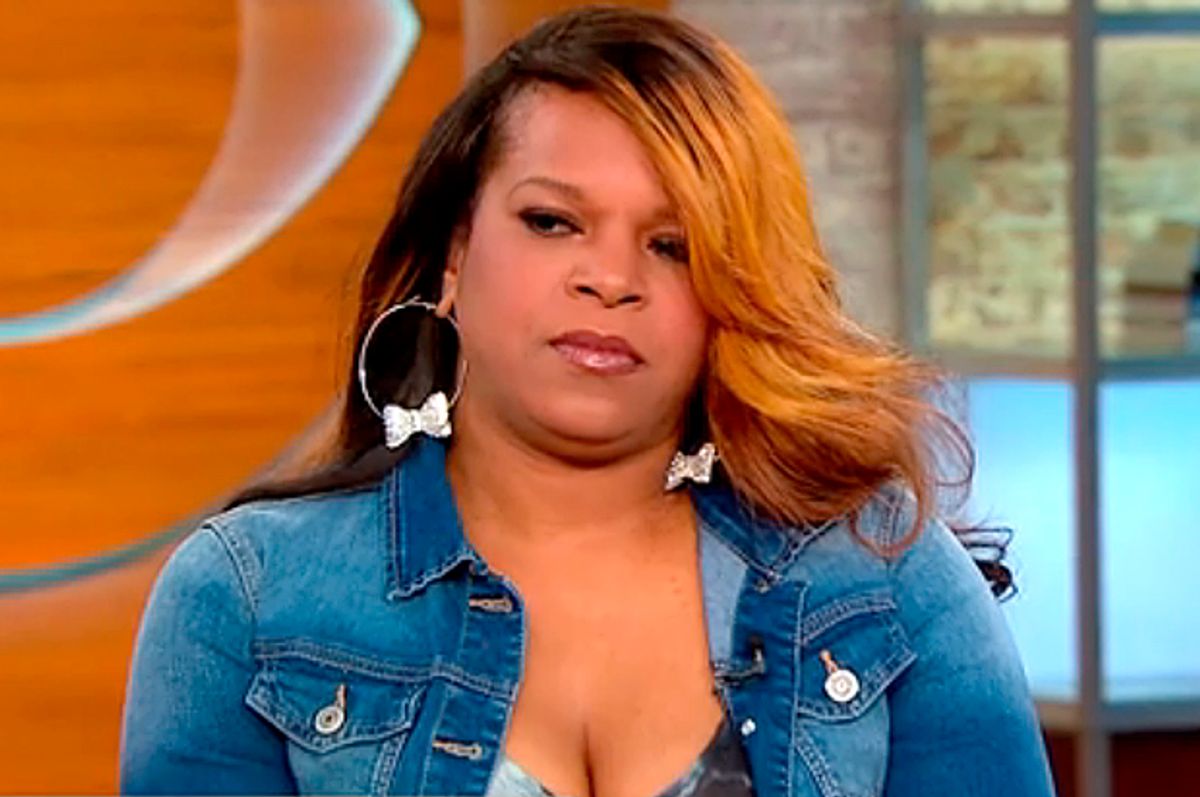 And the woman lionized nationwide for beating her 16-year-old son on camera, and dragging him away from Monday night’s riots, doesn’t feel at all like a hero.

“I don’t. I don’t,” Graham told CBS “This Morning” on Wednesday. “My intention was just to get my son and have him be safe.” Later in the interview, Graham confesses, “I just lost it.” (Watch the whole thing at the end of this post.)

Her moment of losing it made her a hero to much of white America – and not just to the right. Coast to coast, the media is hyping Graham as “Hero Mom” and her on-camera beating as “Tough Love.” It’s not just Fox News or the “New York Post,” whose tabloid “Send in the Moms” front page this time reflects rather than rebukes the mainstream media. And that’s heartbreaking.

The debate over the moment Graham says she “lost it” is complex. There’s a parallel black debate going on that, as always when it comes to racial issues, is richer and more nuanced. But anyone white who's applauding Graham’s moment of desperation, along with the white media figures who are hyping her “heroism,” is essentially justifying police brutality, and saying the only way to control black kids is to beat the shit out of them.

I’m aware that a lot of African Americans are lauding Graham, too. This piece isn’t directed at them. Whether they applaud or critique Graham’s corporal punishment, most black people debating the issue acknowledge that the desperate public beating came from centuries of black parents knowing they have to discipline their children harshly, or else white society will do it for them – and they may not survive it.

The hypocrisy of the white mainstream applauding Graham is sickening. Let’s be honest: many white folks are reflexive critics of the greater frequency of corporal punishment in the black community.  Witness the media horror at Minnesota Vikings running back Adrian Peterson beating his young son. If Graham beat her child like that in the aisles of CVS, you can be sure somebody would call CPS.

“What’s remarkable for me,” says the clueless Charlie Rose, speaking for white America, “is he clearly had the respect -- and fear -- of you.” Why is that remarkable, that this young black man respects his mother? Rose then chuckles at “that right hook you have.”

For the most part, the CBS team ignored the big social issues behind Graham’s confrontation with her son. Graham didn’t. Like other Baltimore teens, Graham told the table, “he doesn’t have the perfect relationship with the police officers in Baltimore city…But two wrongs don’t make a right.” Nobody followed up on the young man’s “relationship” with police.

Graham also shared that she recently lost her job. Nobody asked about that. When the church-going single mother of six confessed that the first thing she thought, when she saw herself on television, was “Oh my God, my pastor is gonna have a fit,” Norah O’Donnell reassured her: “The police commissioner of Baltimore said “We need more moms like you.”

In the interview’s closing moments, Gayle King (who is African American) did bring the conversation around to the “relationship between the community and the police,” and the killing of Freddie Gray. Graham was eloquent.

We haven’t received any information about what happened to this young guy. It seemed like he was harmed...We can’t talk to the police. The news keeps showing how he was dragged to the paddywagon…as a mother, that was just devastating to see.

I don’t fault CBS for interviewing Graham. She’s a “newsmaker,” and I’d talk to her in a heartbeat. But the way the network hyped its “get” falls into the category of white media applauding a black woman for beating up her son. As though that's the only way to discipline a black child.

These weren’t segments exploring the heartbreaking desperation of black inner city mothers, faced with an eternal “Sophie’s Choice” when it comes to their kids. They weren’t looking at the lack of options for teens in Sandtown-Winchester, or the history of Baltimore cops acting “in loco parentis” and beating the shit out of young black men, sometimes just for sport.

Not a word of this is intended to criticize Toya Graham. I cannot say to her, “Ma’am, I have a better way to keep your son safe.” But when I watch that video, I don’t merely see a loving mother disciplining her son. I see a desperate mother being forced to wield the club of white violence, “in loco” white cops. As a mother, the footage of cops dragging an agonized Freddie Gray into custody was indeed "devastating to see." So was the footage of Graham beating her son, with the approving gaze of white media.