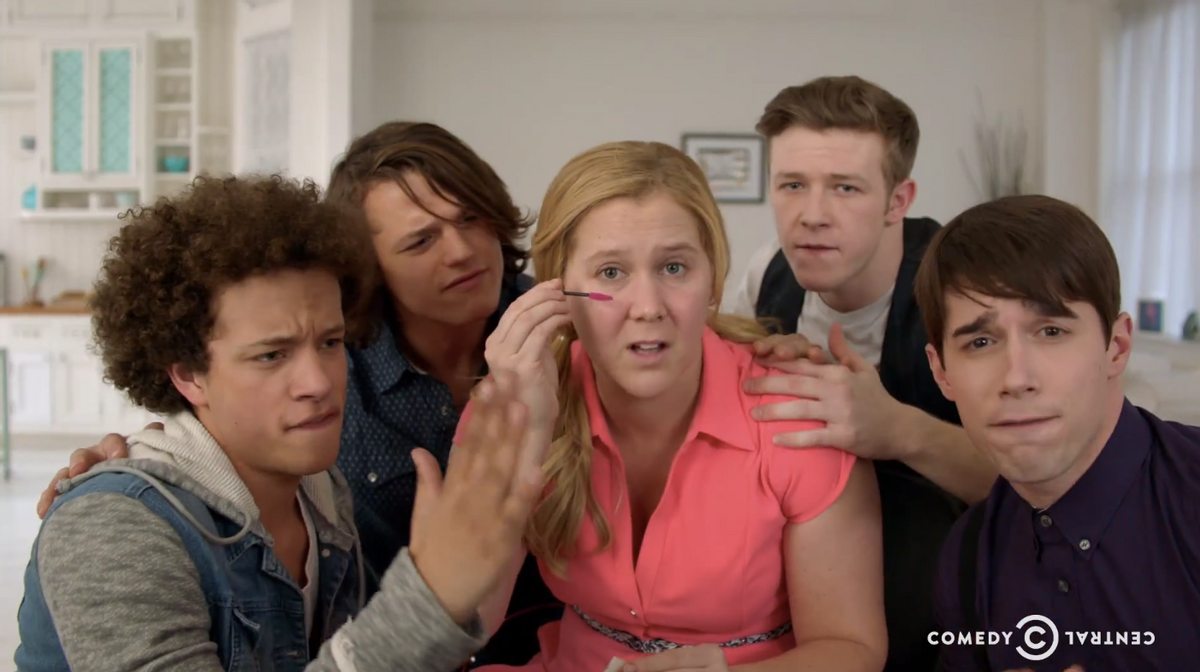 Tired of rolling your eyes at those garbage pop songs where a dude attempts to charm the pants of a girl by crooning "girl, you're beautiful just the way you are (without makeup!)"? Then Amy Schumer has just created the perfect anthem for you and your totally justified skepticism. Tuesday's "Inside Amy Schumer" featured a One Direction parody “Girl, You Don’t Need Makeup,” in which the corny crooners quickly realize, one by one, that they've spoken too soon after telling Schumer to take all of her makeup off. "I didn't know your lashes were so stubby and pale," the boy band sings, amending their sugarcoated chorus. "Just a little mascara and you'll look female."