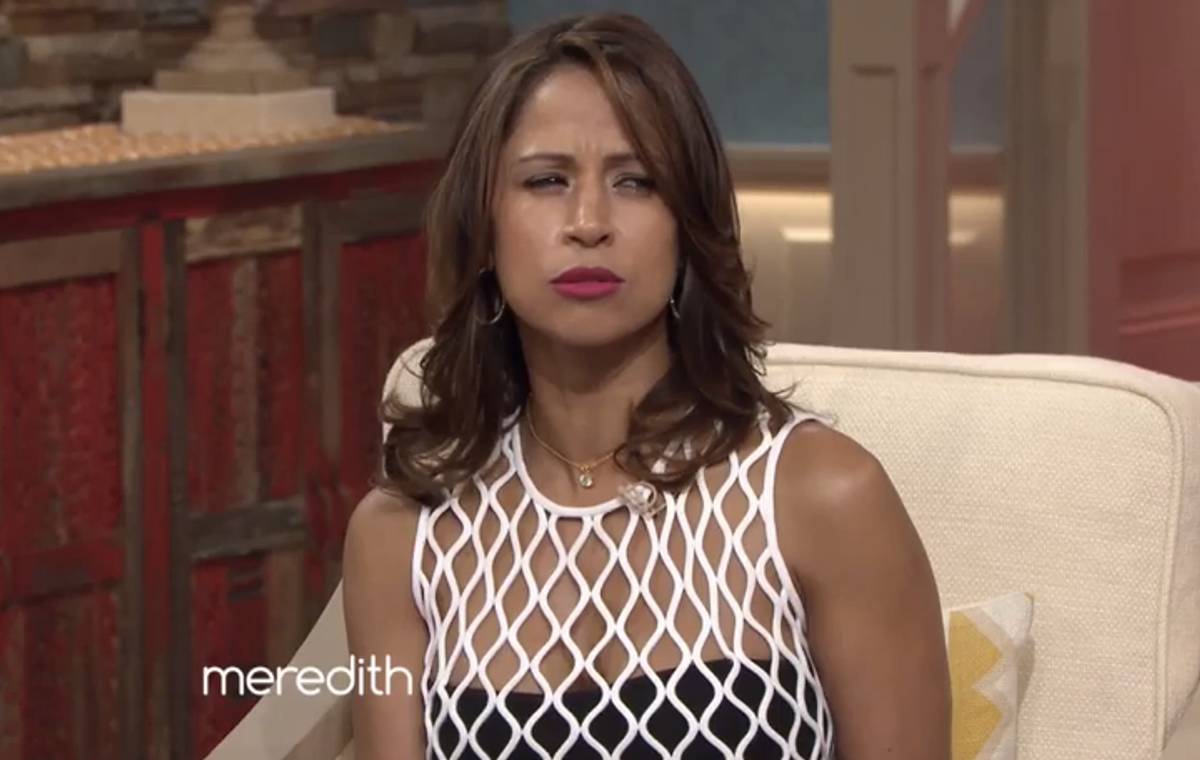 Fox News contributor (and frequent denier of the gender wage gap) Stacey Dash found herself in an awkward and upfront tussle about pay inequality during a visit to "The Meredith Vieira Show" on Wednesday, when she was pressed to acknowledge numerous statistics indicating that women are paid less on average than their male counterparts. Host Meredith Vieira refused to back down as Dash tried to reject the notion that gender-based pay inequity exists, or that it has anything to do with sexism in our culture.

When the host pointed out statistics that would indicate something more powerful than women's individual failures is at play -- say, institutional discrimination -- Dash continued to repudiate the numbers. Noting that, at the current rate, her 22-year-old daughter won't see pay equality until age 65, Vieira asserted that there's "clearly something wrong." Dash disagreed.

"I don't know if that's true," the Fox contributor said.

"I know that the numbers are true," Dash conceded, "but I feel like your daughter will be able to make as much money as she wants in her life. Just like you are -- I mean, look at you."

Vieira countered by saying she spent many years "not getting paid the same as the guys," but Dash refused to contend the disparity had anything to do with gender. "I guess I won’t put my fate into anything other than my own action and taking my destiny in my hands," she told the host. "I will not play victim to anything."