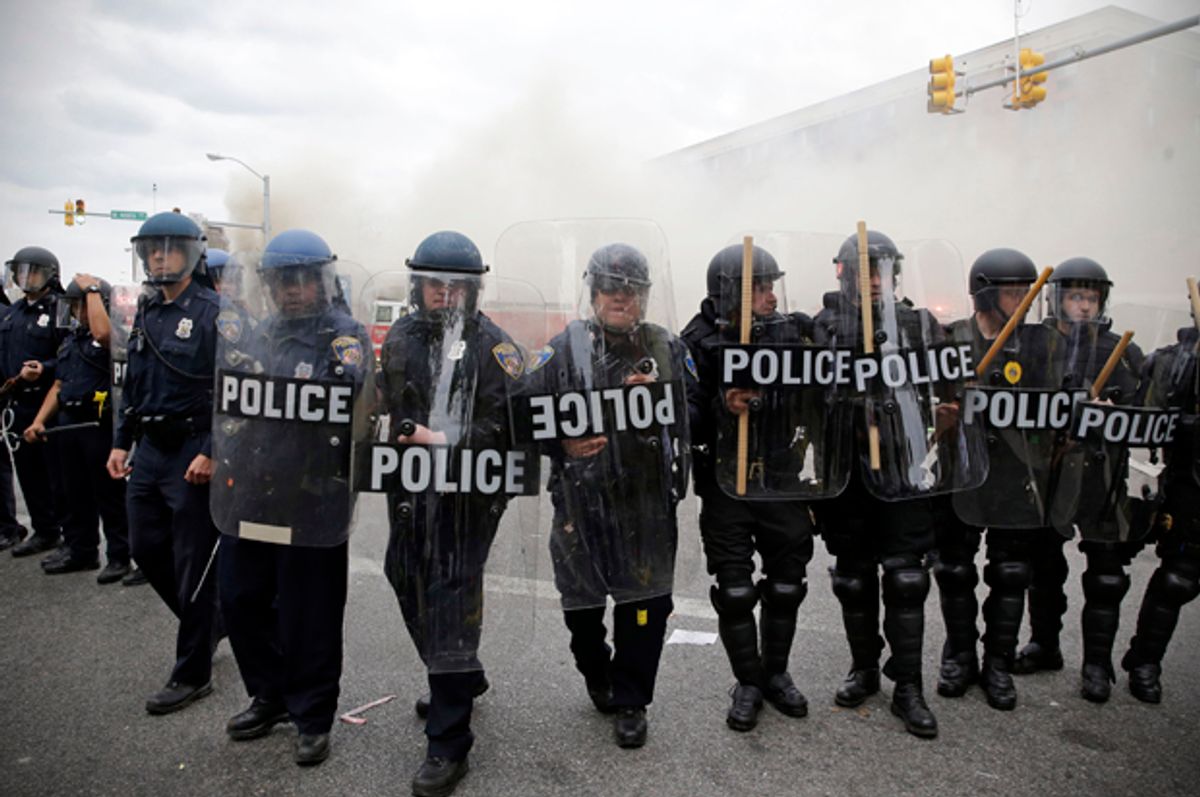 In a Facebook post published on Thursday afternoon, Baltimore public defender Marci Tarrant Johnson wrote of the horrendous conditions of Central Booking -- where those who have been arrested are temporarily locked up.

Johnson was on a team of lawyers assigned to interview civilians who may have been illegally detained. When she arrived, she saw hundreds of people crowded into small concrete cells, many who had been held for days even though they hadn't been charged with any crime.

The holding cells were approximately 10 x 10 (some slightly larger), with one open sink and toilet. The women were instructed that the water was "bad" and they shouldn't drink it. There are no beds -- just a concrete cube. No blankets or pillows. The cells were designed to hold people for a few hours, not a few days. In the one cell which housed 15 women, there wasn't even enough room for them all to lay down at the same time. Three times a day, the guard brought each woman 4 slices of bread, a slice of american cheese and a small bag of cookies. They sometimes got juice, but water was scarce, as the CO's had to wheel a water cooler through every so often (the regular water being "broken".)

My fellow attorneys and I all separately heard the same sickening story over and over. None of the women really wanted to eat 4 slickes of bread 3 times a day, so they were saving slices of bread TO USE AS PILLOWS. Let me say that again. THEY WERE ALL USING BREAD AS PILLOWS SO THAT THEY WOULDN'T HAVE TO LAY THEIR HEADS ON THE FILTHY CONCRETE FLOOR.

Riots on Monday in response to Freddie Gray's unexplained death resulted in the arrest of over 200 people. A police spokesperson said that half of those arrested were released on Wednesday without charges, largely due to mistakes in paperwork.

"I can understand the confusion," said De. John W. E. Cluster Jr. of Baltimore County in an interview with the Baltimore Sun. "You couldn't take those officers off the street to go to paperwork as they were making arrests, and now they're not exactly sure who did what at the end of the day. It's a learning experience. This hasn't happened to any agency in Maryland in a long time."