Bill O'Reilly tells "the truth" about Baltimore: It's not about race -- but it's black people's fault

"The elected officials are primarily black, as is the police leadership, so the race card is hard to play" 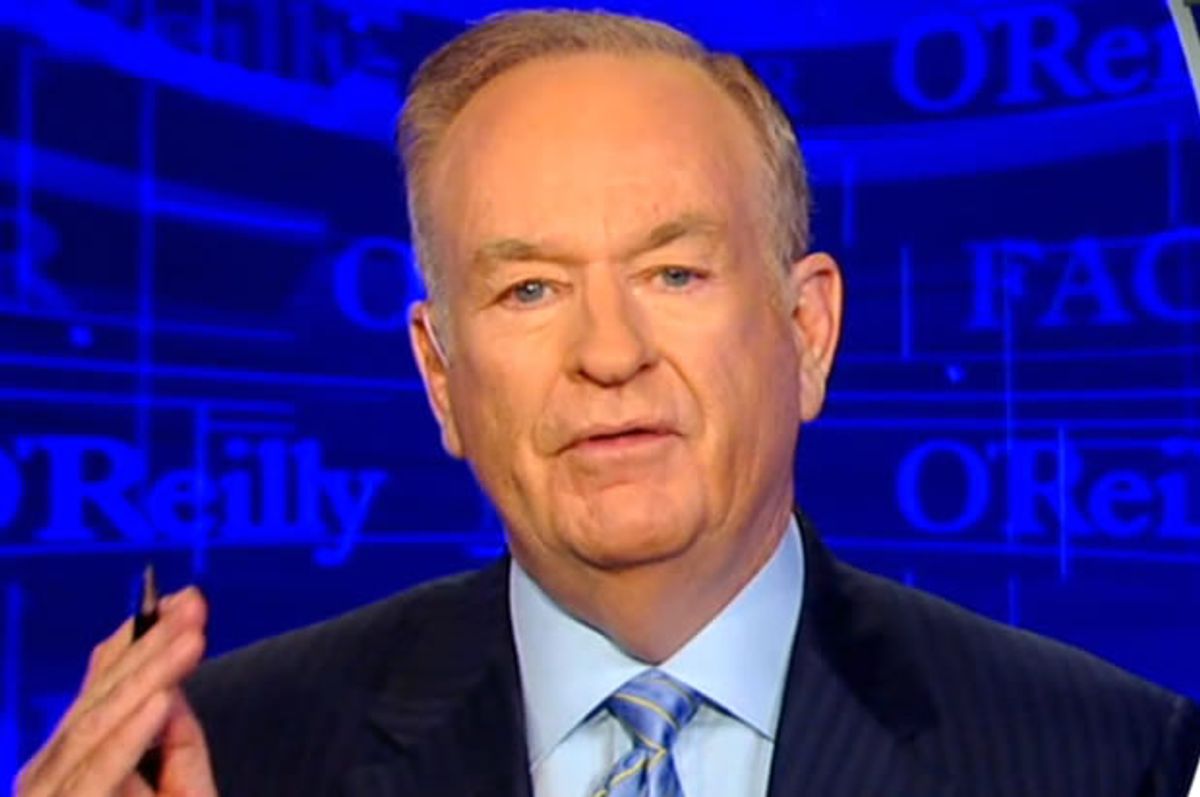 Bill O'Reilly used his "Talking Points Memo" last night to blame blacks, Democrats, and in particular, black Democrats, for the current state of civil unrest in Baltimore -- but race, he insisted, should not be considered an issue in determining what created the turbulent situation.

O'Reilly began by discussing the economic impact of the protests, noting that some annual conventions are taking their business elsewhere and that the vendors who service Baltimore Orioles games are being hurt by the team's decision to close Wednesday's game to the public and move its next "home" series to Tampa Bay.

However, the damage done to the city is even more extensive, adding that it would take Baltimore years, or even decades, to recover. "That means more poverty, more law breaking, more deprivation and more confrontations with police," he said.

And who does he believe is to blame for this? "In Baltimore," O'Reilly explained, "the elected officials are primarily black, as is the police leadership, so the race card is hard to play." He played a clip of Jack Young, the Baltimore City Council President, apologizing for calling the children of Baltimore "thugs." They are simply "misdirected" and need to have opportunities created for them, Young said.

"With all due respect," O'Reilly said, evincing none, "the government cannot create opportunities for young people who are uneducated, disrespectful, and unmotivated." If the children in Baltimore have been "marginalized" and "misdirected," he argued, that's the fault of their parents, not the country, city, or police.

Which makes his decision to blame city officials immediately thereafter rather perplexing. "The city of Baltimore has been run by black politicians and the Democratic Party for decades," he said, "so who exactly is marginalizing the children?"

To answer that question, O'Reilly brought on Reverend Jamal Bryant, who delivered the eulogy at Freddie Gray's funeral. "Was it Mr. Gray's fault that he was a low-level criminal?" he asked. When Bryant attempted to answer, O'Reilly cut him off and repeated the question.

Bryant again attempted to answer, and O'Reilly again cut him off, but not before Bryant edged in that O'Reilly was "starting from a false premise."

Watch the entire "Talking Points Memo" and interview below via Fox News.