"Excuse me, Geraldo, excuse me! We're trying to make sure people get home!" 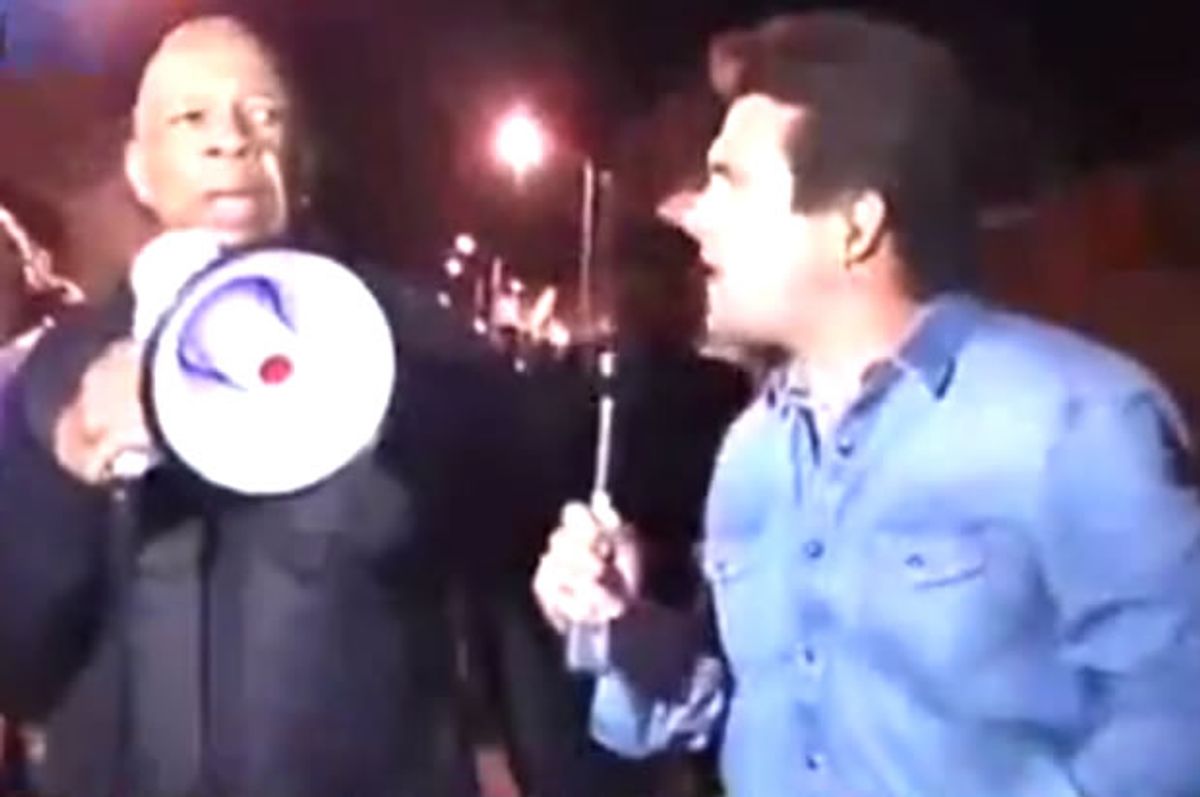 Rep. Cummings made a brief statement to Vittert about the necessity of a federal investigation into the death of Freddie Gray, then attempted to walk away so he could help police disperse protesters.

"Sean Hannity has a question," Vittert shouted at a retreating Cummings. He started following the congressman, and assured Hannity that his question would be heard.

"I want to know," Hannity asked, "did the president rush to judgment like he did in the Michael Brown case?" After Vittert repeated it, Cummings replied that he and other members of Congress met with officials from the Department of Justice who assured them that Freddie Gray's death would be investigated, but that wasn't enough for Hannity or Vittert, who repeated Hannity's question.

"Did the president rush to judgment?" he asked, to which Cummings responded by lifting his megaphone to his lips and saying, "I need you to help me get these people home. Let's go home! Let's go home!"

"Obviously," Vittert said, "the congressman wasn't interested in answering your question." But that didn't prevent him from assuring Hannity that he would continue to follow Cummings and ask it again.

Vittert literally attempted to sneak in front of the representative by crab-walking and popping up right in his face, and it was only at this point that Cummings expressed his annoyance, shouting "Let's go home!" into the megaphone as he held it next to Vittert's head.

His anger, however, was short-lived, as he immediately continued walking and shouted, "I'm proud of Baltimore! I'm proud of my city! Now, let's go home!" As he passed Fox News' Geraldo Rivera, he politely -- or as politely as one can through a megaphone -- asked him to stop interviewing people and allow them to go home. "Excuse me, Geraldo, excuse me! We're trying to make sure people get home!"

"We have more media [out here] than people," Cummings said. "I'm not upset with the media. I'm just saying it looks good -- this is just media here, the people have gone home!"

Watch video from last night's "Hannity" via Mediaite below.