"The personification of neoliberalism": Doug Henwood explains why he's still not ready for Hillary

The former secretary of state is still a corporate squish, the leftist journalist and author tells Salon 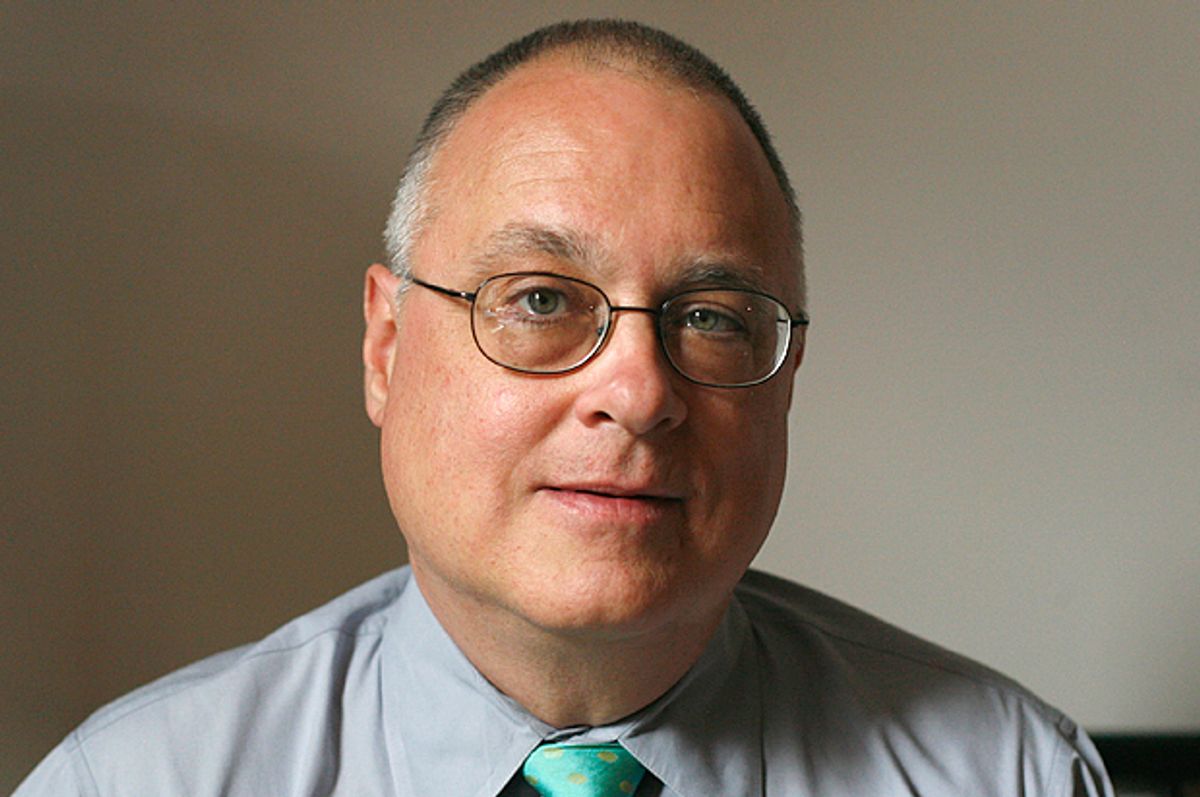 Former Secretary of State Hillary Clinton has, technically, only been running for president for a few weeks — and until news that Vermont Sen. Bernie Sanders planned to seek the Democratic Party’s nomination as well broke on Tuesday, she’s been doing so essentially unopposed. Yet despite for the most part lacking a credible threat from her left, Clinton has spent much of her campaign thus far at least sounding like more of a liberal than she ever did in the Senate or during her presidential campaign in 2008. It’s been enough to cause some lefties, like this author, to express cautious optimism that HRC 2016 might not be the centrist, neoliberal blah-fest many expected.

Leftist journalist and radio host Doug Henwood, on the other hand, will be a considerably tougher sell. Henwood has long been a merciless critic of Democratic timidity and the party’s embrace over the last generation or so of neoliberalism; but when the anti-HRC cover essay he wrote for Harper’s last year took off, his critique of the would-be president and her ex-president husband was elevated to another level of prominence. With Clinton officially running, and with Harper’s having liberated his piece from behind its paywall, Salon figured now was as good a time as ever to check-in with Henwood and see if his feelings about the former secretary of state had changed.

Recently, Salon spoke over the phone with Henwood about Hillary Clinton's campaign so far, as well as her worldview and what he would expect from her if she were to become president. Our conversation is below and has been edited for clarity and length.

Before we get into it, just to establish your priors for those who aren't as familiar with your politics: Is there any realistic situation where you could imagine voting for a Democrat in a presidential election?

Why? You're a radical, not a Democrat or liberal.

I could see an argument that it’s better to have a Democratic president for two reasons. One is that some policies will be somewhat better than they would be under a Republican.

Two, it’s fruitful to have a Democrat running things so that people's discontent with the status quo can be less partisan. When there’s a Republican in office, a lot of progressive-leaning people would say, Oh, you need to get the Republican out and get the Democrat in and things will be better. But then you get the Democrat in and you find that things aren’t so much better. I think that’s good for radical politics.

So, having a Democratic president probably makes some people’s lives marginally better; and it’s good for my people — radicals — to have failed Democrats in power.

To turn to Clinton, then; do you think she's appreciably worse than any other likely alternative — say, Biden or O'Malley? Or is this more about the Democratic Party than Hillary Clinton, per se?

You know, I've temporarily become part of the anti-Hillary industry, and I’ve had fun doing it. I really don’t like her, her husband, or the politics they represent.

But the problem is really structural, the [Democratic Party's] turn towards neoliberalism. Still, the Clintons are very important early architects of that — both of them, together. Hillary was very much a part of it; and this is the Democratic Party they’ve created.

Do you think a different candidate could have more success pulling the party — and maybe the overall political mainstream — to the left?

I don’t think it matters that much. Who’s a plausible liberal Democrat at this point? I don’t even know what a liberal is anymore ... And there’s so many structural constraints on what a president can do.

She’s somewhat more bellicose than some of the others; that would make a difference. But on domestic policy, there really aren't many differences between her and the alternatives. They aren’t going to go regulate finance or move radically to redistribute incomes or anything like that. It’s a staunchly neoliberal party and none of these characters depart from the paradigm — unless you’re talking about Bernie Sanders.

Let's say, then, that I'm a Democrat and I'm about to step into the voting booth to vote in the party's presidential primary. Would you tell me to vote for Sanders?

I suppose, just as a symbolic vote. But the obstacles to Hillary getting this nomination seem minimal.

It’s really impressive to watch how hysterical Democrats can get defending her. Watching the reaction to the "Clinton Cash" book has been very funny: they hate the thing so much, but I think part of the hatred is fear, because they’ve got no back-up plan. They’ve invested so much in her. If Hillary goes down in flames, the whole party’s in serious trouble.

So I'm guessing you don't find the responses to "Clinton Cash" that have come from the Clinton camp and their sympathizers particularly persuasive? What about the fact that there's been no so-called smoking gun?

Well, no, because maybe the smoking gun was in the 30,000 emails [she deleted]. In any case, you can argue that there’s no smoking gun, but it just looks awful. Anybody who is not staunchly wedded to defending Hillary has to say it smells terrible, looks terrible. It looks like a whole structure of ego-inflation and influence-peddling and money-raising.

It’s an extraordinary thing. It’s like the Clintons are the personification of neoliberalism in some way. They’re all these self-made people, got ahead through elite credentials and great intelligence and craftiness, and they are really reaping the rewards of it through the Clinton Foundation. They’ve monetized politics to what seems like an unprecedented degree.

Her campaign so far has been more liberal, at least rhetorically, than some predicted. But if I asked you 4 months ago what to expect, would you have imagined she'd be talking about these liberal policy ideas, simply because she's a politician and is running in the Democratic Party primary?

I don’t know. I talked to Dick Morris — and I know Dick Morris is a pretty shady character in some ways, but he’s a smart fellow — and ... he kind of predicted what she would be like: more hawkish, with populist talk, but still phony.

The inequality talk is something she has to do, I guess. It’s testimony to the position that she’s in, the temper of the political times; but it’s just not believable, coming from her. If she can raise money from the kinds of big money people she’s planning to raise money from in the coming months — Wall Street, etc. — then we’ll know that there’s really not too much substance behind the talk.

Well, her people have been putting that out. But her whole life has been one of moderation. Relative to the '60s left, she was a moderate; she was there with Bill creating the Democratic Leadership Council and teacher testing and these things that would become standard Democratic fare later on; she was a corporate lawyer; she shilled for U.S. business as secretary of state.

She’s basically a creature of meritocratic wing of the 1 percent — these people that believe that because of their talent and hard work they made lots of money and deserve the wealth and power they have. They’ve had such an entitlement from a very early age. I think they’re very much of that jet-setting Davos-man milieu; and it’s really hard to think of her moving against these people, who are now her people, in a meaningful way.

What about how she might interact as president, if she wins, with the growing social movements on the left — the Black Lives Matter, Fight for 15, Occupy-offshoot groups, et cetera? Would you expect her to allow them to push her like LBJ did with the civil rights movement? Or do you think she'd be more like President Obama, who has generally treated his left-wing critics with annoyance or contempt?

Yeah, the so-called professional left. I think she would probably want them to go away.