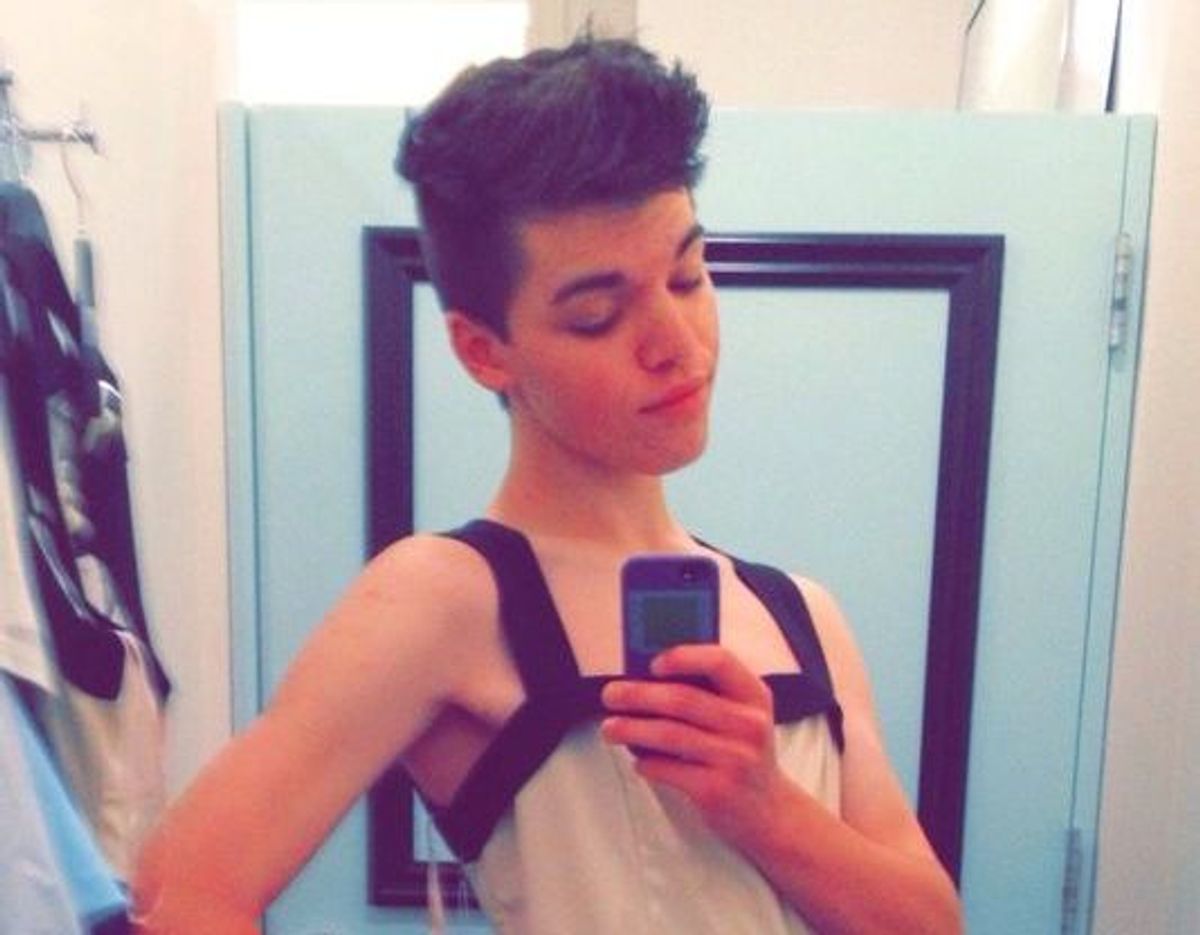 Leelah Alcorn, the transgender teen who ran in front of a semi in suburban Cincinnati last year, left a handwritten note on her bed the night she decided to walk three miles to the highway and end her own life. The note read, simply, “I’ve had enough.”

Her parents threw it in the trash after they found it.

Alcorn’s mother, Carla, retrieved her daughter’s suicide note from the garbage at the request of Ohio State Highway Patrol investigators, who officially declared the 17-year-old’s death a suicide after compiling a lengthy report, released on Wednesday.

According to the report, Alcorn searched the Internet for runaway assistance and for "suicide" before she left for Interstate 71 in the early hours of Dec. 28. The report indicates that Alcorn had contemplated suicide as early as a month before she died, according to iChat messages discovered on her computer.

In messages to one friend, the teen described how her parents' rejection of her identity and advocacy of religious "reparative therapy" could drive her to take extreme action. Via WLWT:

"My suicide note was queued on Tumblr, and I was ready to jump off the bridge next to my house that goes over I-71, but I decided to call a transgender suicide hotline and I basically cried my eyes out for a couple hours talking to a lady on there."

"This [transitioning] is very important to me, it’s not like something that I want to do just because I want to (such as someone wanting to dye their hair) like this is something I have to do. If I don’t, I will kill myself. That’s how serious it is ... I am so uncomfortable with my body and myself that if I don’t do this I wouldn’t be able to help myself but commit suicide."

Alcorn’s parents, who reportedly sought professional help for their daughter only from anti-LGBT, Christian therapists, also told investigators that “Josh” had recently been placed on medication for depression, but that she "was doing much better over the past few months." The teen's now-renowned final message on Tumblr, which was later deleted, tells a different story.

In the post, Alcorn described her intense feelings of hopelessness, and begged people to "fix society":

The only way I will rest in peace is if one day transgender people aren’t treated the way I was, they’re treated like humans, with valid feelings and human rights. Gender needs to be taught about in schools, the earlier the better. My death needs to mean something. My death needs to be counted in the number of transgender people who commit suicide this year. I want someone to look at that number and say 'that’s fucked up' and fix it.

“The stigma is so heavy on being a trans person,” Greta Gustava Martela, founder of the transgender crisis hotline Trans Lifeline, told Salon. “The stigma is so heavy and familial rejection has a disproportionate effect across the board for trans people. For trans teenagers, if their families reject them, the [suicide] attempt rate goes over 50 percent.”

Martela shared what she hopes will be the key take-away from Alcorn’s suicide, but she also described what people can learn from the teen’s parents, who have continued to reject their daughter’s trans identity even after her death.

“To me, the most important thing to get out about this story is that parents do have a choice how to react to their kids,” Martela said. “But they should understand that by making the choice to reject them, they’re looking at a much greater chance that their children are going to attempt suicide -- and 1 in 10 suicide attempts are fatal. You are increasing the chances that your child is not going to make it to the age of maturity by making that choice."

Despite her parents’ rejection, Alcorn’s death has already been ascribed the meaning, and produced some of the change, for which she hoped. Earlier this month, President Obama responded to a petition for a sweeping ban on the “conversion therapy” that Alcorn, like so many LGBT youth, was forced to attend, condemning the practice as harmful and calling for its end. But even as numerous medical professional organizations and the White House take a stand for LGBT youth, there remain countless signs of how much progress there is to make.

Throughout the report on her death, Leelah Alcorn is referred to by her birth name, Joshua. Her gender is listed as male.