You're still nothing until you're a mom: Why does pop culture hate the child-free?

Child-free adults are everywhere, but movies like "While We're Young" still make babies a condition of growing up 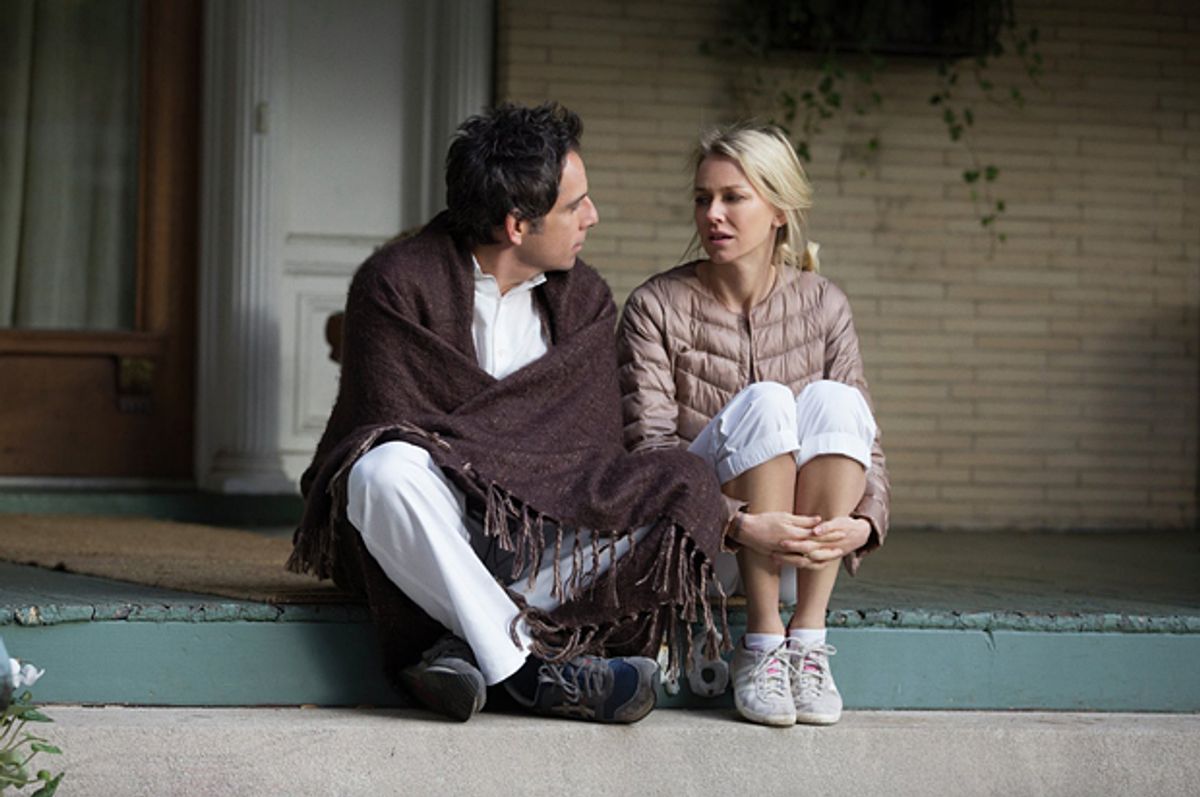 Noah Baumbach’s latest film is a missed opportunity. I watched it with delight and glee and then, finally, dismay, as it faded into a tired cliché: You can’t grow up until you have kids of your own. “While We’re Young” tells the story of a childless couple in their 40s, Josh and Cornelia (played by Ben Stiller and Naomi Watts), who befriend a hipsterish couple in their 20s, Jamie and Darby (played by Adam Driver and Amanda Seyfried). Throughout the movie, Josh and Cornelia are pressured by their friends Marina and Fletcher, who just had a baby of their own, to procreate. They aren’t childless because of a lack of trying. Cornelia had a couple of miscarriages, and they decided not to have kids.

They struggle to fit in with their friends who are new parents. Cornelia attends a music class for babies and is so horrified that she runs out of the room. Josh and Cornelia show up to Marina and Fletcher’s apartment, intending to surprise them, only to discover them throwing a party they weren’t invited to. There’s a division between the couple who have grown up (Marina and Fletcher) and the couple who are still having fun (Josh and Cornelia). By the end of the film, the message is clear: Being an adult means finally settling down and having kids, whether you give birth to one or adopt one.

What could have been a forward-thinking film that shows it’s OK to not change your mind about having kids instead dissolves into an age-old stereotype. This is incredibly frustrating—particularly in a cultural moment in which writers are giving voice to nontraditional narratives, and people are noticing and making it part of the conversation. Meghan Daum’s "Selfish, Shallow, & Self-Absorbed" is a new essay anthology featuring many prominent authors on why they don’t and won’t have kids. Kate Bolick’s "Spinster" is a nuanced look at one woman’s independence, and a welcome reminder that one doesn’t need to be married (or have kids) to have a fulfilling life.

The condescending conversations childless women endure are an exercise in patience. The most recent episode of “Mad Men” is the perfect example of this—and even though it’s set in 1970, it might as well be set in the present day. Stan talks down to Peggy after an uncomfortable encounter with an angry mother earlier in the day. The mother left her child at the agency because the audition the kid was for went on for too long, and she needed to pick up her other child. Stan and Peggy prove to be careless baby sitters when the little girl staples her finger. The mother walks in just after the injury occurs and an argument ensues.

Later that night, Peggy says she can’t stop thinking about the mom. Stan says the mother shouldn’t have kids. “That’s not for you to say,” Peggy tells him. And then, in a cringeworthy, mansplaining moment, Stan says: “Look, you got to a certain point in your life and it didn’t happen. I understand you’re angry about it, but you’ve got a lot of other things.”

Stan didn’t know that Peggy did have a baby she gave up for adoption when he made those statements, but the fact is: He doesn’t have to know. It isn’t his business. But because Peggy is an ambitious and childless woman, he assumes she is to be pitied for not having it all.

We live in a society where people are judged for everything, but especially parenting. My friends who are moms are just as criticized, if not more so, than the childless ones. Nothing is ever good enough. So why do we care what other people think?

I’ve known since I was a child that I didn’t want to have kids—and that feeling grows stronger as I get older. Family members who used to say, “You just haven’t met the right person yet,” have learned to not bring the subject up with me.

A few years ago, during my cousin’s wedding reception, I got into a debate with the priest who led the ceremony. He’s a family friend. My mother’s side of the family is predominantly Catholic and my grandmother worked in the rectory for years. Some of the priests even went on vacation with us.

My issue I couldn’t let go of was that during the Mass, the priest said that he knew my cousin and his fiancée were meant to be together when they talked about wanting to have kids.

“That’s not all that marriage is about,” I argued. To the devoutly religious, maybe it is. I couldn’t help but think of a comment my grandmother had made a few years earlier. “If you don’t want to have kids, then why do you want to get married?”

I have no issue with moms or motherhood. What I do feel incredibly frustrated by is the reminder, again and again, that by not having kids there’s something wrong with me. And I worry that right now, there are teenagers going out with their friends to see “While We’re Young” and getting brainwashed by the same message I was brainwashed with again and again in the movies and TV shows I consumed while I was growing up. Where are the fictional role models who are living fulfilling lives without kids? One can argue that there are plenty of these characters in pop culture, but my point is that there aren’t that many narratives that are centered around the active decision not to have kids. It’s almost inevitable that when the issue comes up, by the end of the story the person will make the “right” decision and choose to procreate.

There are pressures for men and women, but it’s still particularly bad for females. As Marisa Tomei said: “I don’t know why women need to have children to be seen as complete human beings.” That’s the part that really gets to me. And that’s what rubs me the wrong way with Baumbach’s movie. The idea that we’re all (but especially females) just frivolous people who are wasting our lives away until we add to the world’s population isn’t just wrong—it’s offensive.

It’s even more frustrating when childless female characters are stereotyped as self-centered, narcissistic, overly ambitious, coldhearted women. Sarah Jessica Parker’s Carrie Bradshaw on "Sex and the City" was someone I enjoyed watching while I was in college. Why? Because she was stubborn, fun-loving, smart and very fallible—a trait I admire in a character. I don’t relate to goody-two-shoe characters like Charlotte—the one who just wants to be the perfect wife and mother. (An informal poll among my guy friends over the years has proven a disturbing fact: Straight men are more attracted to Charlotte than Carrie. Is it because they prefer a domestic woman? Or is it just related to her looks?) I see Carrie as a woman who lives the life she wants to live, but a lot of viewers have criticized her for being wrapped up in her own thoughts.  (Newsflash: She is a writer. We are obsessed with our own thoughts.)

Life doesn’t begin after you or your partner give birth. It begins when someone gave birth to you. That’s the start of your own story, in which a lot of things can happen—but children don’t have to be a part of that.

Time magazine recently reported that “Nearly half of women between the ages of 15 and 44 did not have kids in 2014, up from 46.5% in 2012 to 47.6% in 2014, according to new data from the U.S. Census Bureau’s Current Population Survey. The figure is the highest percentage since the Census Bureau started measuring it in 1976.”

Obviously some of these women will go on to have kids, but that’s still a very large percentage of the population. Many U.S. citizens are childless by choice—and we need to see more stories that reflect all of the thought that goes into making that kind of decision. A decision not to do something that is largely expected of most people since the beginning of time is a story that deserves to be told. It’s a story that deserves to be heard.