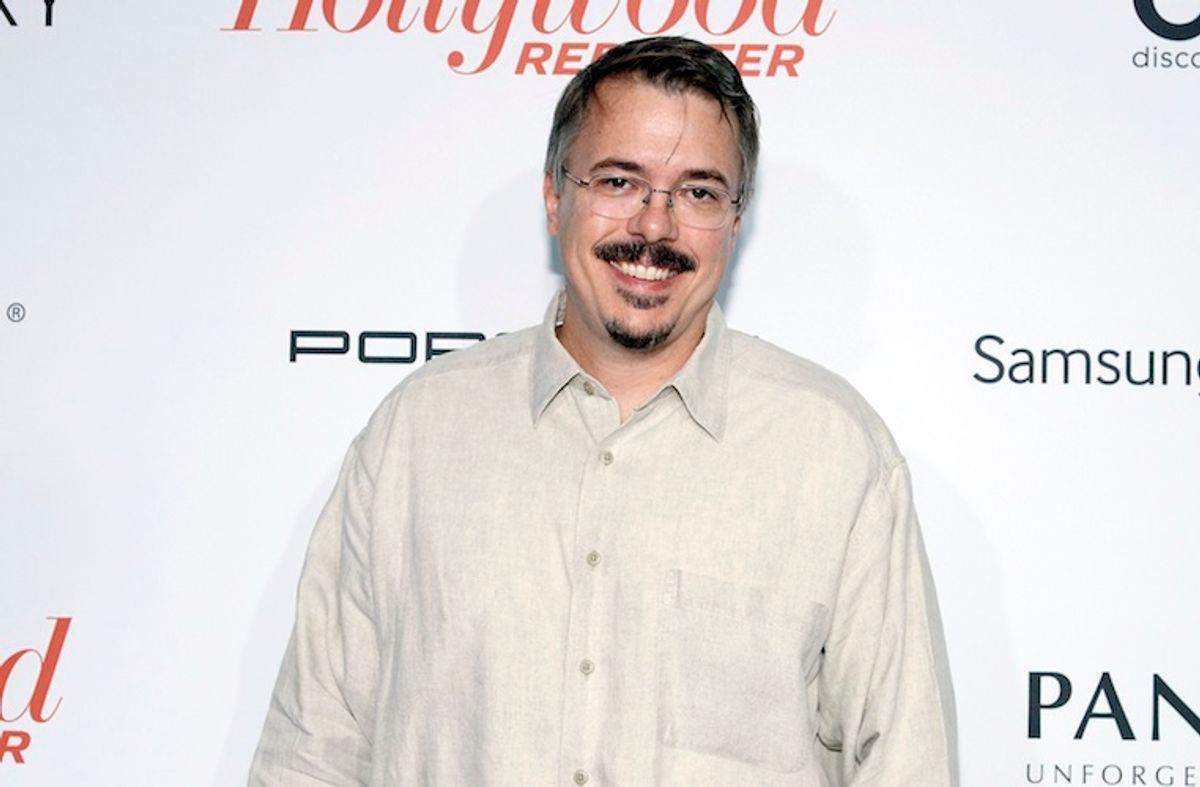 “Breaking Bad” and “Better Call Saul” impresario Vince Gilligan took to Reddit yesterday to field some questions from fans about his two beloved shows. Here are eight points of interest from the conversation, although the whole thing is worth reading. Spoilers below, naturally!

On whether there might one day be a real Pollos Hermanos restaurant:

“Believe it or not, there is talk of a Pollos Hermanos becoming a real restaurant. This is not an idea that I generated personally. But it's one that's been presented to me, through the good folks at Sony, and the idea came to them from a businessman who has an interest in doing just that. Speaking for myself, I'd love to see that happen!”

On how “Breaking Bad” started with a joke:

"I was on a phone call with my best friend, Tom Schnauz, whose name you may recognize as a producer, writer and director on Breaking Bad and Better Call Saul. This was about 10 years ago -- he and I had been writers on The X-Files and we were both looking for writing jobs that were as good as that job, as we were both out of work at the time. He made the joke that we should put a meth lab in the back of an RV and travel America -- he was making a joke, but that really stuck with me. The idea of doing a show about a character that would do that seemed fun to explore -- and that was the inspiration, as it were."

On whether, as George R.R. Martin suggests, Walter White is worse than anyone in Westeros:

"I take George RR Martin’s comment as high praise indeed. I suppose the grass is always greener, because I would put young King Joffrey up against Walter White as far as pure unadulterated evil goes, because he was pretty intense -- but I’m glad a writer as talented as George RR Martin is thinking about Breaking Bad in any shape or form!”

On who was the biggest on-set prankster:

"Probably Bryan Cranston. He loved to tease Aaron Paul mercilessly. This came about after I told Aaron Paul early in the series that I had planned to kill off his character. From then on, every time a new script came out, Bryan would hurry to read it first so he could put on a sorrowful face and say to Aaron, “Gee buddy, I’m so sorry. You’re going out with a bang, at least.” And Aaron, God bless him, seemed to fall for it every time.”

On which “Breaking Bad” death had the greatest effect on him:

"I have to say the death of Walter White affected me the most, because what it represented was the end of the story and the completion of this seven year journey we had taken together -- the cast, crew, writers and directors of Breaking Bad. That was the most affecting death to write. I actually teared up when I wrote it. I think a close second was the death of Mike Ehrmantraut."

On how Aaron Paul brought Jesse to life:

"Aaron Paul very much fit the bill of my interpretation of Jesse Pinkman from the get-go. Otherwise we wouldn't have hired him. But having said that, a great deal of Aaron's personality and goodness then became a part of the character of Jesse Pinkman as the show progressed. In other words - we the writers were inspired by Aaron's specific qualities as a human being, and we incorporated many of those qualities into the character of Jesse Pinkman. And we did this with all of the other actors as well - from Bryan Cranston on down. "

On who we might see on “Better Call Saul”

"Anybody and everybody. The sky’s the limit! That’s the beauty of this format. The story takes place six years in the past, where all the Breaking Bad characters are alive and well, but that’s not to promise that you’ll see every character that we introduced in Breaking Bad. We’re still feeling our way through Jimmy McGill’s format, discovering how and why he becomes Saul Goodman -- and in the process, there's any number of directions our story can take. So I couldn’t really tell you even if I wanted to who will show up, or when. Better Call Saul is still very much a work in progress.”

On why we didn’t see more of Nacho on “Better Call Saul” season one:

"We thought Nacho would be more present in Season 1 as well. We did not shy away from using Nacho as a character -- and we love Michael Mando, who plays him. This is a great example of how -- like it or not -- a television story takes on a life of its own. As a writer, you have to follow the thread of the story you’re writing, even if that means spending less time with certain characters. In other words -- to put it succinctly -- there was so much more story to tell relating to Jimmy and his brother Chuck that we writers found it hard to fit in more great moments from Nacho -- but don’t despair, you’ll be seeing much more of Nacho in Season 2. You heard it here first!"