"How can anyone provide a job that pays a decent salary to somebody who can barely read or write?" 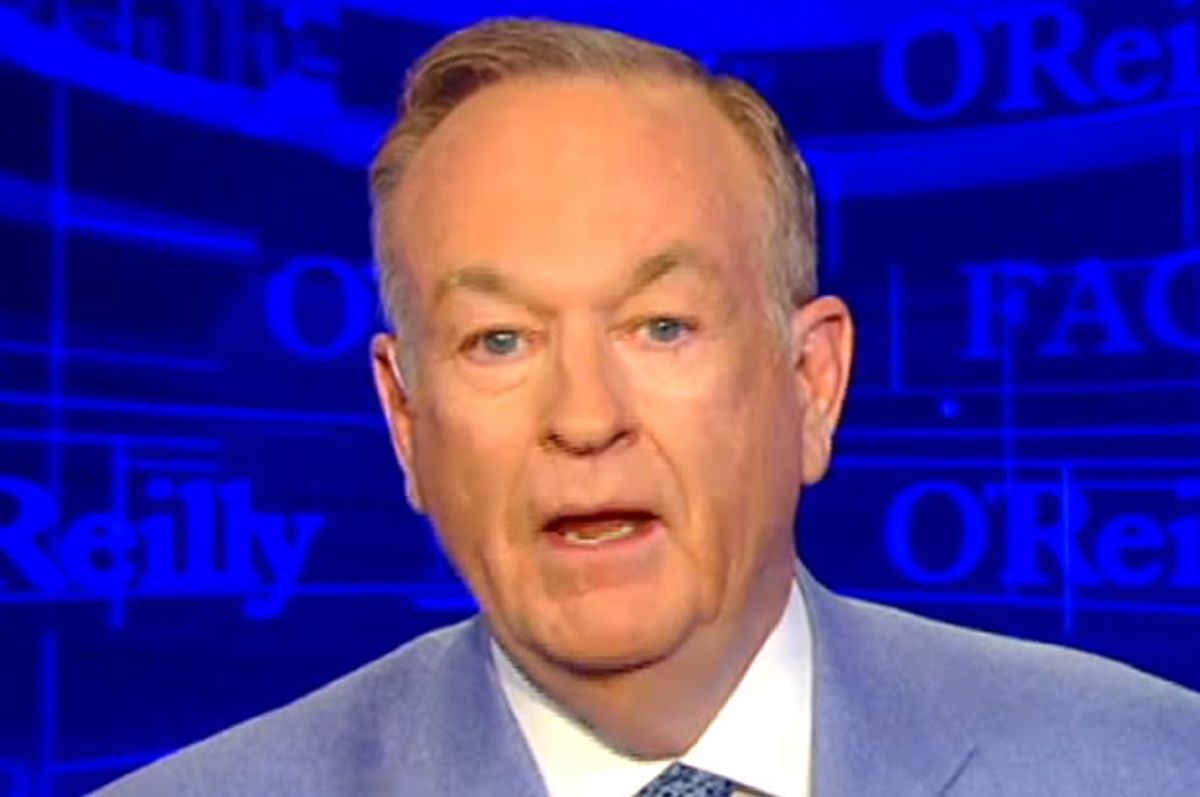 On Thursday's edition of "The O'Reilly Factor," Bill O'Reilly opined that Baltimore rioters are out on the street because they are disrespectful, uneducated gangs of entitled victims. Not because Freddie Gray is dead and there is an oppressive system of justice that criminalizes blackness.

"The litany of excuse-making is excruciating," O'Reilly said before mocking the excuses."The rioters are angry because America is a country of mass incarceration. People who burn down buildings and loot are just misdirected folks who feel hopeless, and if you feel hopeless, it's ok to riot. You see it's really not the fault of those who commit crimes, it's the fault of America because we don't provide jobs for everyone."

"Instead of pinpointing the real problem and then trying to solve it, you get crazy theories in an attempt to provide justification for Americans hurting other Americans," he continued. "Here's the truth: how can anyone provide a job that pays a decent salary to somebody who can barely read or write? To somebody who can't speak English? To somebody that has tattoos all over their body? Who's defiant, disrespectful, and who doesn't even want to work because they have a sense of entitlement that says they're victims and you owe me."