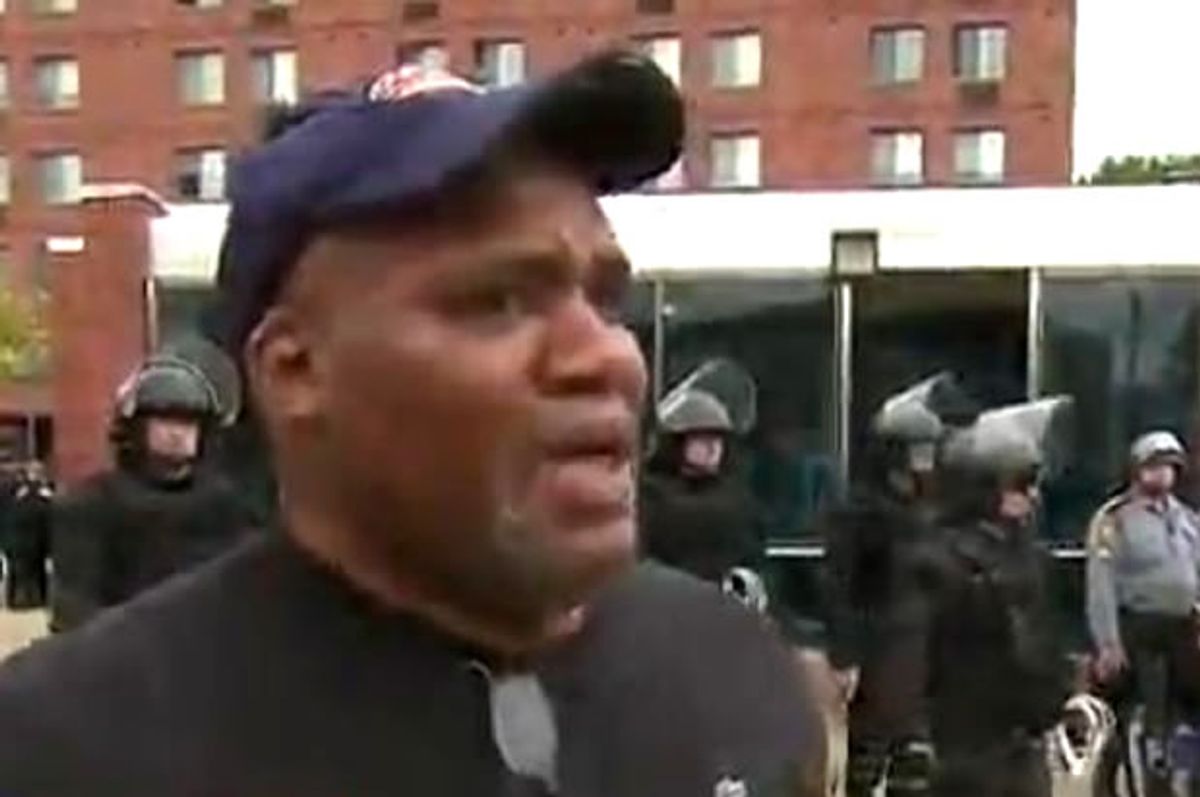 A man who claimed to be a Marine appeared on CNN this afternoon in what quickly turned into an uncensored interview as the impassioned speaker addressed his dissatisfaction with the current state of race relations in the city.

Standing in front of a row of police in riot gear, the unidentified man shouted that people like him "gave their lives for this country. Look at you! Is this what it's coming to, man?" he asked.

"I love this fucking country too," the man said, "just as much as you do. We're fighting for a reason, man. I was willing to give my life for this country -- but look at this community now!"

At this point the CNN reporter approached him and asked him to explain the reason behind his outburst -- especially in light of the fact that Maryland State Attorney Marilyn Mosby had just announced that she was charging the officers involved in the fatal arrest of Freddie Gray.

"We need to wait for the end result to come in," he said.

Watch the entire exchange as captured by Real Clear Politics below.