"Hollywood is gross": Why did Mae Whitman lose her part in the "Independence Day" sequel? 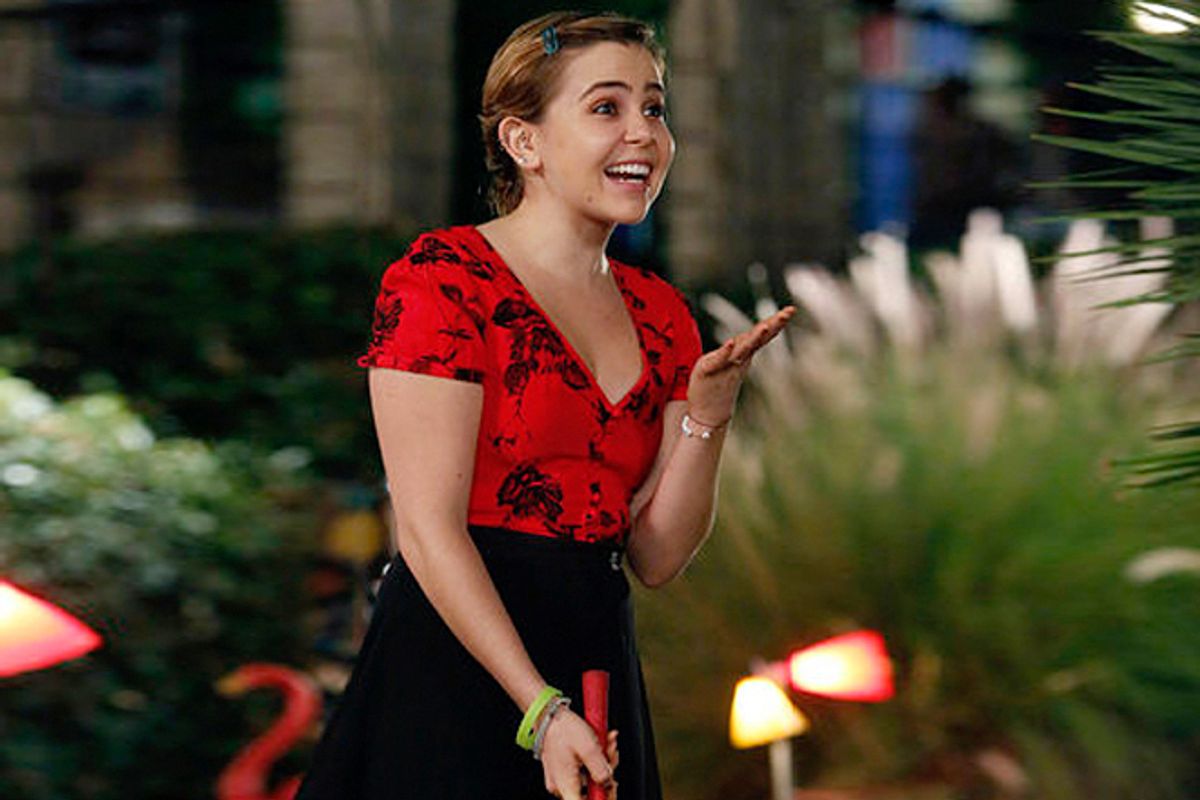 This week, some disappointing news emerged regarding Roland Emmerich's forthcoming "Independence Day" sequel. While Bill Pullman and Jeff Goldblum will reprise their original roles, THR reports that the part of the president’s daughter, previously played by Mae Whitman, will be replaced by “It Follows” and “The Guest" star Maika Monroe.

Whitman has become a big star since “Independence Day” launched her acting career back in 1996, with memorable turns as George Michael Bluth's famously nondescript girlfriend Ann Veal in “Arrested Development” and rebellious teen Amber on “Parenthood." Earlier this year, she garnered rave reviews for her starring role in surprise box office smash "The DUFF," a high school movie which revolved around the beauty pressures young women face (if you're wondering, DUFF stands for "Designated Ugly Fat Friend"). Yet according to THR, Whitman wasn’t even seriously considered for the role.

So why wasn't she considered? While Whitman has yet to make a statement, some on Twitter have speculated that she was passed over because of her looks.

Even Anna Kendrick weighed in.

As HiFix’s Drew McWeeny put it:

"In terms of raw number crunching, Whitman's the safer bet, with a much longer track record to consider. Just on a business level, it seems like Whitman's the choice. Forget about what's right or wrong… the bottom line would suggest Whitman is the one you hire. According to the Hollywood Reporter, there was actually a short list of actors, and Whitman wasn't on that, either. But the oh-so-cute actors whose names were on the list all seem to be more of a conventionally "hot" type than Whitman, making it look clearly like they were chasing a certain something."

To be fair, we don’t know the situation, and there are plenty of behind-the-scenes reasons why parts change hands. Maybe (I hope!) Whitman didn't want the part, or couldn't take it for logistical reasons. Monroe has proven her mettle in "The Guest" and "It Follows," and I'm sure she'll be great in the role. Not to mention that there are a lot of problems with immediately jumping to these sorts of conclusions without reaching out to the people involved first. The fact that we are still having these sorts of conversations -- conversations that involve basely comparing the way two women look, instead of focusing on their undisputed acting talents -- is disheartening in so many ways.

As Britt Hayes argues over at ScreenCrush:

"The prevalent thinking I’m seeing from a lot of my male writers on Twitter is that Whitman is not ‘conventionally attractive,’ and therefore Fox went with someone who is. This thinking is offensive on various levels. First of all, comparing the attractiveness of two women, even in an attempt to rationalize a disagreeable situation such as this one, is awful and perpetuates a competitive culture in which women are forced to examine themselves through the lens of what men find attractive. That this was the first speculated narrative is unfortunate — and whether or not it’s true, it’s depressing to see men I respect insisting that a woman wasn’t hired because she’s just not pretty enough (and "pretty" is subjective, so this is doubly ridiculous)."

Yet judging by the tweets Whitman sent earlier this week — including a sweet message to Anna Kendrick and a string of broken-heart emojis in response to the HitFix article, which she retweeted — we can infer that she isn't so happy about the part being recast either. It certainly wouldn’t be the first time Hollywood has made a dumb, shallow decision based on nothing but appearances. But it doesn't make it any less of a bummer.