Larry Wilmore sits down with Baltimore's Bloods and Crips: "You know the cops are running wild when gang leaders start sounding like Noam Chomsky" 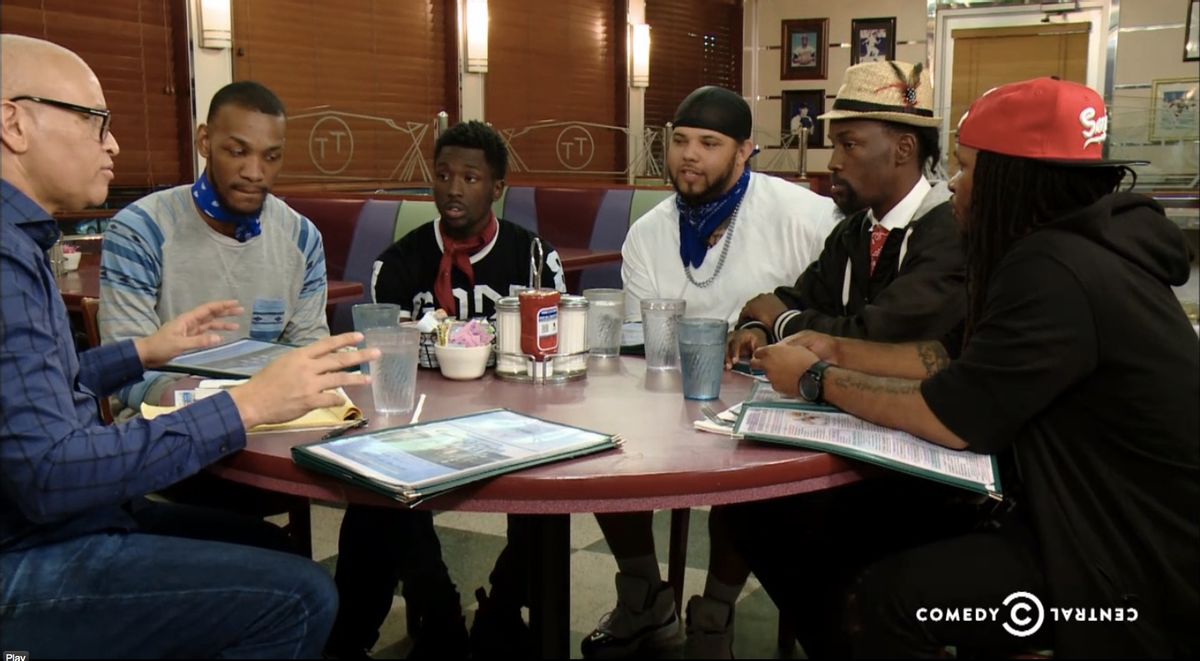 Last night on “The Nightly Show,” Larry Wilmore went to Baltimore and sat down with city gang leaders at a diner to discuss the riots sweeping the city. The gang members — including two Bloods and two Crips — explained they had recently called a truce between their rival groups as a means of stemming the tide of violence. "You know the cops are running wild when gang leaders start sounding like Noam Chomsky by comparison,” Wilmore observed before the segment began.

What followed was a sensible discussion, over some slices of pie, about the anger behind the civil unrest in the city. One member describes it as being backed into a corner, saying: “It's only so far back into this corner you can push me before I have to push back... If you live in a million dollar house how can you relate to living in the hood, getting pushed?"

Yet all of the group members say they have personally stepped in to try and stop the violence, and that they have hope for healing in the future. “I want everyone to keep their hope and stay peaceful” says one, referring to the investigation around the death of Freddie Gray Jr. “When they hear the police verdict on Friday, don’t give up, because that’s not the last investigation."