Morgan Freeman on coverage of Baltimore protests: "F*ck the media!" 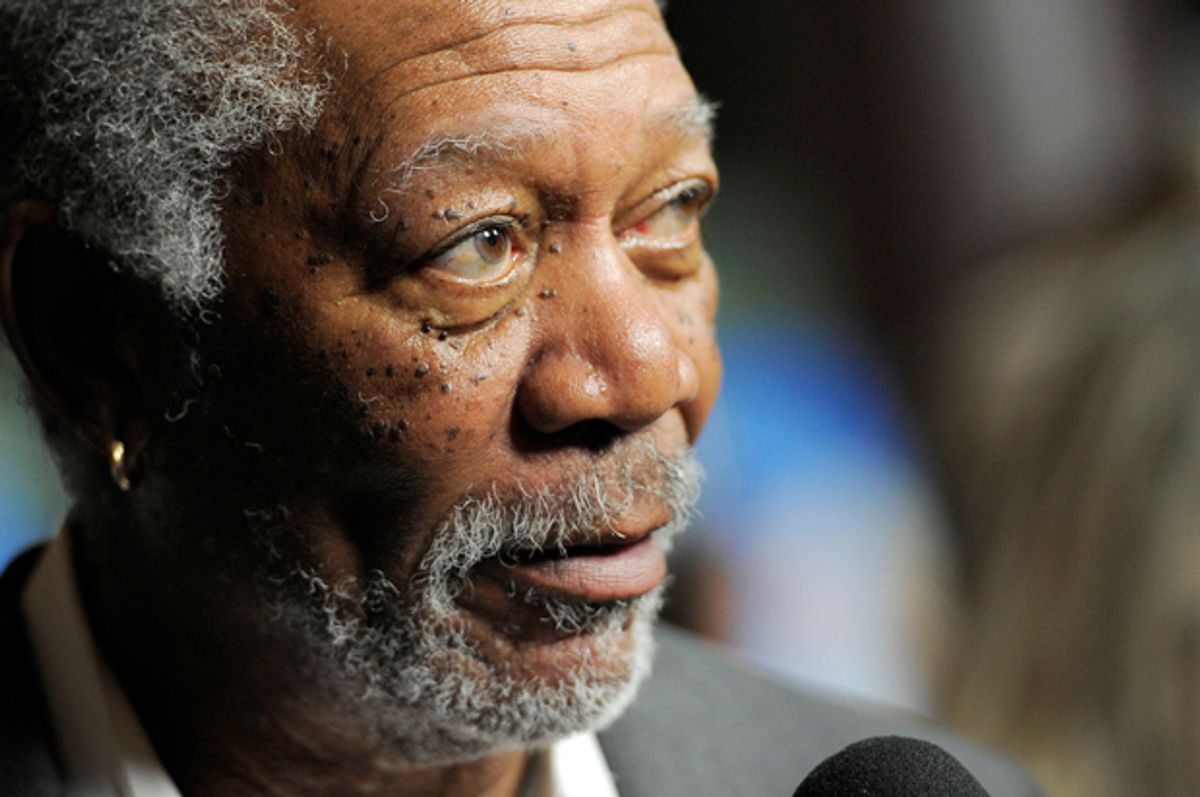 Seventy-seven-year-old Hollywood icon Morgan Freeman has been watching coverage of the protests in Baltimore, and he is far from satisfied with what he's been seeing.

"Fuck the media," he added. He did acknowledge, however, that the coverage was better than Ferguson, because at least "some young reporters" are listening to the complaints of the protesters -- protesters who, in an interview with Newsweek's Zach Schonfeld, Freeman said he supported.

"I was watching the news last night," he said, "and [a protester] said, 'You know, when we were out here marching peacefully, nobody was here. And now we start burning the place down, everybody is listening. What do you think we’re gonna do to be heard?"

"She's got a point there," he added. Freeman continued, noting that technology has it made it possible to document "the terrorism [the black community] suffers from the police."

"Because of the technology -- everybody has a smartphone -- now we can see what the police are doing," he explained. "We can show the world, 'Look, this is what happened in that situation.' So why are so many people dying in police custody? And why are they all black? And why are all the police killing them white?"

Freeman added that the most common excuse police have used when involved in fatal shootings is they feared for their safety. "Well, now we know -- you feared for your safety while a guy was running away from you, right?"