Students rally around gay teacher who says Catholic school gave him two choices: Leave your fiancé or lose your job

Students understand that he will not be back, but say that while they "cannot force change, they can inspire it" 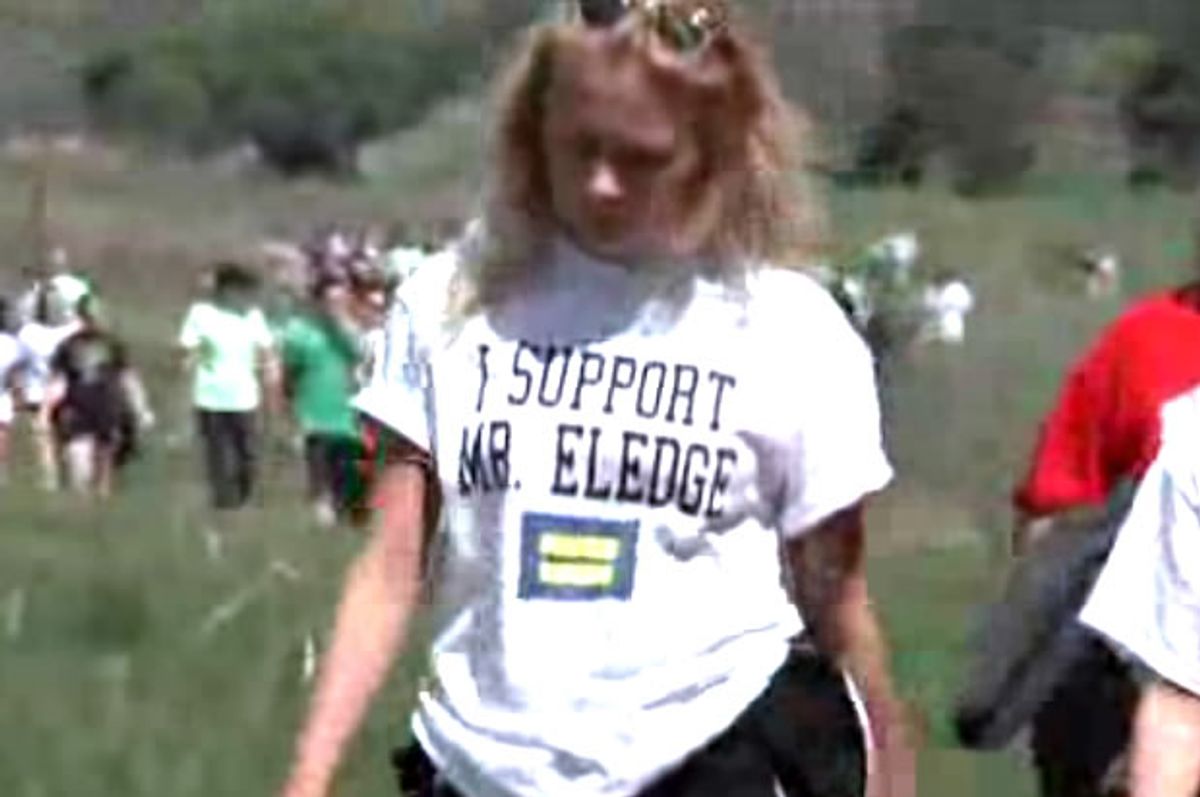 Students at an Omaha, Nebraska Catholic school are protesting the administration's refusal to renew their English teacher's contract after he informed the school that he was engaged to his boyfriend.

In a letter to the community, Skutt Catholic High School President Jon McMahon defended the school's decision not to renew Matthew Eledge's contract, writing that "[i]f a staff member cannot commit to Catholic Church teachings and doctrines, he or she cannot continue to be on the staff at Skutt Catholic."

Eledge's students, however, were unsatisfied by this decision -- and used the annual "Hawk Walk" as a means of voicing their displeasure. They still participated in the fundraiser for the school's financial assistance program, but they did so wearing shirts that read "I support Mr. Eledge" on the front, and a quotation from John 13:34 -- "Love one another as I have loved you" -- on the back.

Darya Kaboli-Nejad, one of the students wearing the shirts, told KMTV that she understands that the student's "can't force a change, but we can inspire a change." To that end, a Skutt alumna, Kacie Hughes, started a Change.org petition that has, as of this writing, already been signed over 95,000 times.

Earlier this month, Eledge spoke to Buzzfeed's Stephanie McNeal, telling her that he knew there was a good chance he would be fired if he announced his engagement, but felt that he had to, because his story "represented something bigger."

To the Archdiocese of Omaha, that "something" is threatening to be a public relations nightmare. According to Eledge, school administrators said that they would allow him to return to teach next year -- on the condition that he end his relationship with his boyfriend. Even though the city of Omaha has an anti-discrimination law on the books, the school is likely protected by the state's religious exception.

Watch a report on the walkout via KMTV below.