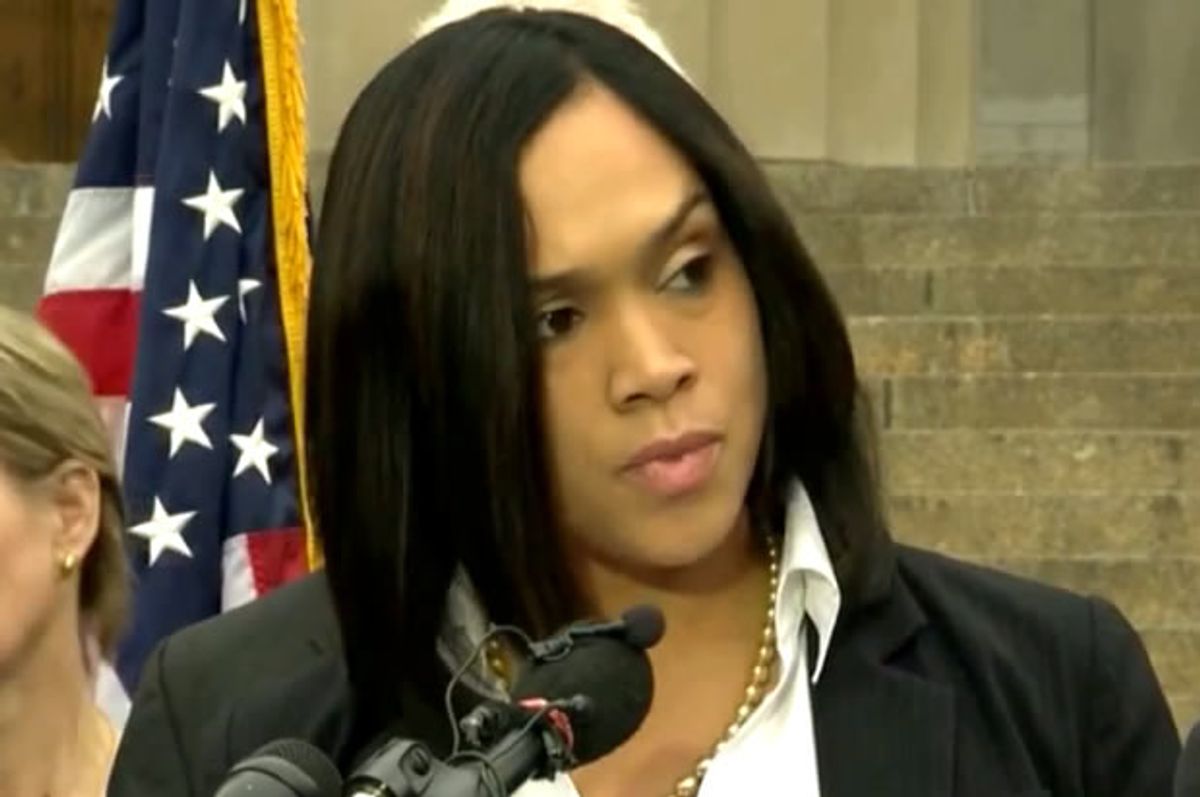 Conservatives on Twitter know the importance of family, but after Maryland State Attorney Marilyn Mosby announced that charges would be filed against the six officers involved in the fatal arrest of Freddie Gray, they're just not sure which family's more important anymore.

In an interview with Amy Mulvihill in Baltimore magazine last year, Mosby discussed the "barriers of distrust" between the community and the Baltimore Police Department, and indicated why she was the perfect person to liaise between them -- her own family.

"My grandfather was one of the founding members of the black police organization in Massachusetts. And my grandfather, my uncles, my mother, my father -- I have five generations of police officers," she said. "I know that the majority of police officers are really hard-working officers who are risking their lives day in and day out."

Thanks to Ben Shapiro, Breitbart's Editor-at-Large, the conservative calculus is clear: five generations of police officers -- including, at a minimum, at least five members of her immediate family -- don't even remotely equal one husband. Her husband essentially functions like a zero, so no matter how many other family members you multiply against him, the answer never changes. To wit:

The problem with this reactions, as Shane Paul Neil astutely noted, is that:

What could account for this discrepancy? Well, it could be that:

More likely, however, it's just that these critics lack of a little of that "intellectual integrity" Paul Krugman was going on about earlier.