"We need to talk about this as terrorism": The war against abortion providers 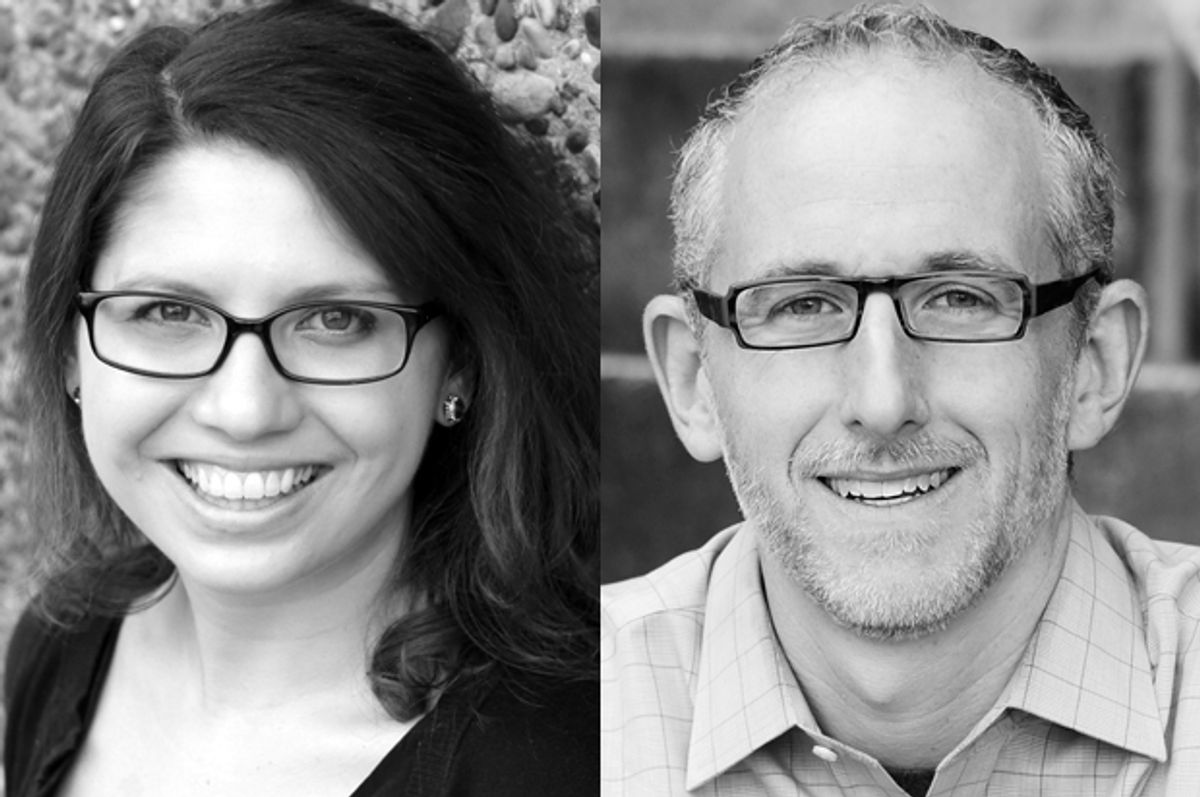 Editor's note: This post has been updated to reflect that Dr. Barnett Slepian was murdered eleven years before the assassination of Dr. George Tiller, not nine years, as originally stated.

Last year, Dr. Stacy De-Lin told me about the time an antiabortion protester followed her down an isolated Manhattan street as she left work at Planned Parenthood one snowy evening, after he saw her duck out at lunchtime and come back to the clinic with groceries. He concluded that she must be an abortion provider, which she is -- and so he stuck around for the afternoon, then trailed her in a thwarted attempt at intimidation. De-Lin turned around and asked what the hell he was doing, and he turned and walked away.

De-Lin’s experience might seem mild in the context of the threats posed to other abortion providers across the country. In 2009, Dr. George Tiller, a well-known provider who specialized in late-term abortions, was murdered at his church in Kansas; eleven years before that, a sniper killed Dr. Barnett Slepian while he was making soup in his kitchen. No, a stranger following you down the street after work isn’t the same as being shot in your own home or house of worship. But tell me this: How often do you leave your office and assume that there’s someone outside waiting, who might want to follow you and cause you harm? How many times have you been shadowed on your daily commute, because of where you work or what you do?

Dealing with threats to personal safety has effectively become part of the job for abortion providers across the country, whether they live in New York City or rural Kansas. It’s what I’ve found speaking with providers myself, but David Cohen and Krysten Connon, two Philadelphia-based attorneys, know even better than I do: They just wrote the book on antiabortion terrorism.

After representing the director of an abortion clinic that had been sued by anti-choice protesters, Cohen and Connon decided to interview abortion providers across the country, to gain a new perspective on the dangers associated with offering basic, legal medical care. Their new book, “Living in the Crosshairs: The Untold Stories of Anti-Abortion Terrorism,” chronicles the range of intimidation and abuse as recounted by dozens and dozens of providers, whether they serve as physicians, nurses, aides or clinic administrators.

Cohen and Connon talked with Salon by phone last month about the types of individualized harassment abortion providers often face, the manner in which anti-choice extremism seems to know no cultural or geographic boundaries, and what law enforcement and the public can do to stop antiabortion terrorism. Our interview has been lightly edited and condensed for clarity.

I’m curious about how you came to this project and started doing this research, and what you found so far?

KC: The project actually came to be when I was in law school. David taught constitutional law at Drexel and was representing an abortion clinic that had several legal issues -- one of which was that they were sued by protesters. I was one of the students who got to help on the case, and I was lucky enough to meet the client, the director of the clinic. Talking with her about the case, I learned that she wears a bulletproof vest to work every day. After having this experience and realizing what her life is like, I realized that this terror and fear that she lived in is sort of missing from the national conversation surrounding abortion and abortion providers.

One of the things I’ve found as I’ve interviewed providers is that they do face similar stigma across the country. But given that the laws and local culture are so different from place to place, I imagine that the level of harassment would vary. Have you found that from talking to people from different states or cities?

Because abortion is such a polarized issue, and the people who are most likely to be protesting outside a clinic occupy one extreme in the first place, do you think that almost serves as a control from area to area?

DC: We certainly narrowed down the field of providers from those who just deal with clinic-based harassment, as we call it, to those who are individually harassed. I think the lesson from what we found was that clinic protesters are on the extreme end, but there are extremists and crazies everywhere. It only takes a small number to terrorize individuals. It can even be one person who really terrorizes providers, using different mechanisms and different approaches.

So what sorts of harassment did you find providers facing? Where there trends or was it unique, horrifying stories?

DC: Almost half of the people we talked with had dealt with home protest. Besides the yelling and individualized shouting at work, home protest was probably the largest component. But it ran the gamut, from people who had been physically assaulted; followed to and from work; picketing at their home, at their church, their second place of business; online harassment; taking pictures of their license plates; or shouting at them at work, “I know who your son is, your son is, he goes to this school, etc.”; race-based, religious or sexual orientation harassment. The strangest thing, I feel, that we heard from a couple of people, was protesters who went to a provider’s mom’s nursing home.

How much was the decision to leave out locations and names of providers your decision or at the request of providers?

Did any of them offer explanation for why they wanted to use their real names?

KC: Definitely -- a couple feel that they are very proud of the work that they do and wanted to be associated with it, and didn’t want to hide, I guess.

What was your definition of an abortion “provider”?

DC: We had a very broad definition of provider; that includes anyone who works at a clinic or even a couple of people who own clinics. The person who was the impetus for this whole thing, she was an executive director of a clinic and she was dealing with this harassment. I think that both Krysten and I felt that a lot of the story is about these high-profile doctors who are harassed. But anyone associated with a clinic -- whether high-profile, low-profile, doctor, volunteer, administrator, nurse, etc. -- can be the victim of this kind of terrorism.

You talk in your Slate piece about the murder of Dr. Tiller. I wonder how much that came up in your conversations with people, about how providers felt about that?

DC: Oh yeah, absolutely. There have been eight, sometimes people count nine, murders since 1993. They’ve all had really profound effects on people, but I think the two that are the most recent, Dr. Slepian in 1998 and Dr. Tiller in 2009, were particularly unsettling -- because they did not happen at work. Dr. Slepian was murdered in his kitchen on a Friday night by a sniper. We did most of our interviews in 2011, but a couple as recently as last year, and people were still talking about that -- because if they’re not safe in their kitchen making dinner on a Friday night, where are they safe? Dr. Tiller was murdered at church. Everyone knew Dr. Tiller, or knew of him. The particular nature of his practice meant that providers from all over the country, at some point, dealt with a fetal anomaly or maternal complications that were beyond their expertise, and would recommend someone to go to Dr. Tiller because he cared for the most complicated pregnancies. We never met him, but he sounded like he was just a nice, caring, excellent physician, who all his colleagues respected. So when he was murdered, not only did it send a message that you’re not even safe in your church or your house of worship, but people felt personally attacked that they took one of the good guys.

As far as any sort of legal remedies for individual provider harassment, did you reach any conclusions about that in the book or have any proposals that you would offer?

DC: The book is broken up pretty much into three sections: One is the types of harassments that people deal with, then how it affects their lives both emotionally and how it changes them, and then the third part is how they have interacted with the law and how law can make this better. From that, we come up with a bunch of proposals to reform the law, reform how police interact with providers and reform access to the law, to hopefully try and deal with this in a better way. But our final recommendation is that more people, media and academics in public discourse, need to talk about this as terrorism -- because that’s what it is.