Writing about family is tricky business, especially if they are alive and can actually read. Here's how to do it 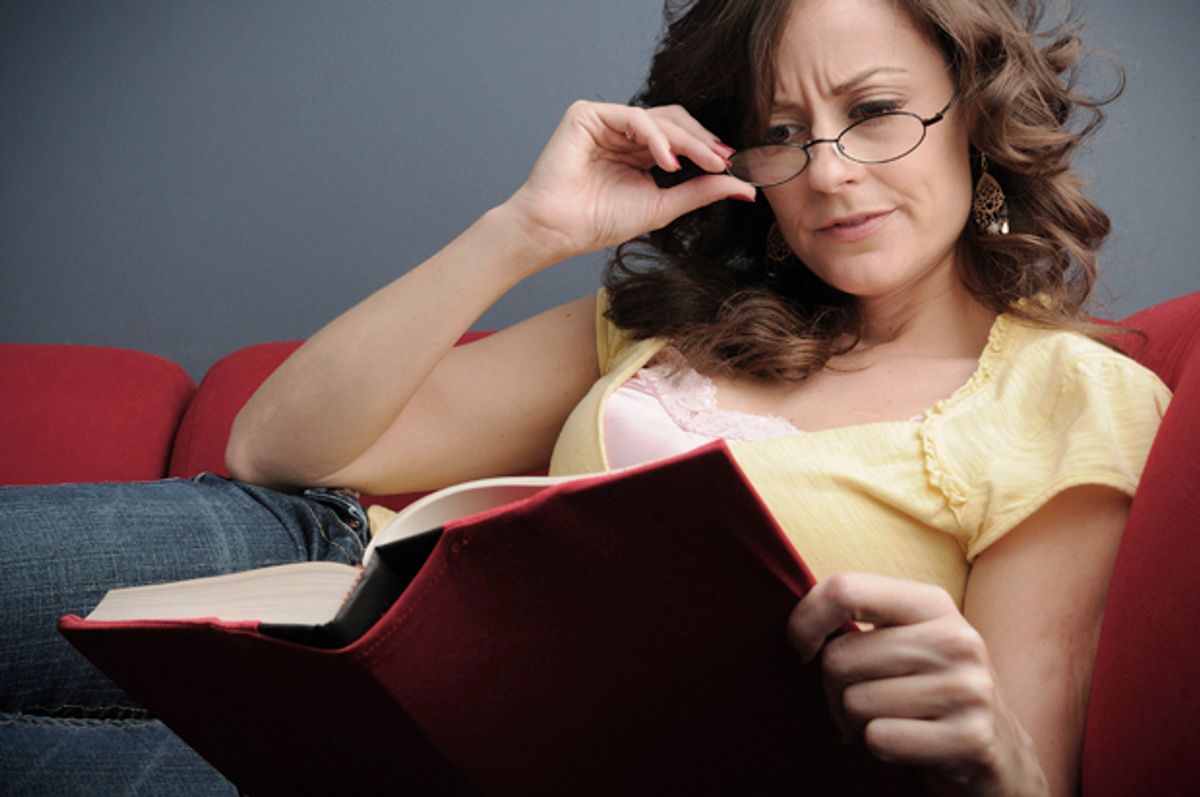 I have written on many themes, but none is so rewarding as my family, who have two qualities I look for in all my subjects, which is that they are both insane and nearby. I firmly believe that all human families are full of crazy people, and if your family doesn't appear to have any, then there's a high probability you lack situational awareness.

I've recently written a memoir in which I've shared some delicate family information with the world, including the vivid recounting of spousal hostilities, the vagaries of my marriage bed, and family secrets that my mother hoped might remain forever cloaked in mystery, such as the fact that she occasionally will enjoy smoking a cigarette. My mother is worried that people from her church will read the book and find out she smokes, but I told her not to worry, since hopefully they will find out by reading this first.

"How do you get away with writing about your family?" people often ask. And I tell them what I'm about to tell you.

1. First, make sure they are all dead.

If they're not dead, it's important to have them murdered as soon as possible. One of the easiest ways to murder your family, of course, is to write a book about them, which, if done with great skill, can lead to noteworthy cardiovascular episodes in your loved ones, but if your family members are somehow not all dead yet, it is recommended that you have a family who cannot actually read. Of course, even family members who only read dystopian trilogies about mockingbirds will still read your memoir if they think there's something in there about them, so you have to make sure to:

2. Tell your story to strangers first.

If you're going to write about the time your great-aunt gave birth to her neighbor's illegitimate baby, then it's best not to announce this at Christmas dinner, especially if the neighbor is there with his wife. When I started telling stories about my people and my childhood in Mississippi, I made sure to do it far away from my family, so I told stories at school and Waffle Houses and bars and, later, theaters and comedy clubs, and audiences responded with laughter and appreciation and only the occasional groan, which I just assumed was someone giving birth under one of the tables. The important thing is that your family not be around when you're developing your stories about them, especially if they have access to weapons.

3. Publish your early stories in magazines nobody reads.

You need time to work on your stories without the albatross of family judgment about your weary shoulders, which is why I suggest you put them down in writing and submit them to editors at magazines nobody reads, commonly referred to as "literary journals." Some people do read them, such as the occasional academic librarian who has become trapped inside one of the library's many offsite storage facilities. These journals do perform a valuable service in the world of memoir, by allowing young writers to continue improving their work in a safe environment without the risk of fact-checking or high circulation, and their editors are good people and they won't tell your cousin what you said about her lazy eye.

4. But still, don't throw family members to the wolves.

I once heard a writer tell a roomful of students that he wrote for two reasons. "Riches and revenge," he said. I was confused, as it sounded like he was talking about why one should become a pirate. This is bad advice, for if you're interested in money and retribution, it's far more effective to become a trial lawyer, so that you can hire people to torment your family for you. A better motive for memoir, I think, is to write in search of answers: Who am I? Who made me? Was I truly raised by wolves, or does my stepmother merely have a great deal of facial hair? And if she really is quite hairy and you can't get around talking about it, then make sure to counterbalance that fact with something more positive, such as how she makes great cornbread.

5. Prepare your mother for the fact-checker.

At some point, if your work keeps improving, then one of your family stories will end up in a magazine that employs a fact-checker, which is both exciting, because now you're in the big time, but also horrifying, because your story about the time you saw your parents making love while sitting on a tractor will now officially become a part of the permanent record of life on earth, for all humans to see, including your parents, who are no longer on a tractor but actually sitting on a comfortable sofa, waiting on you to arrive for Thanksgiving dinner, where your mother will ask you, "Why?" while weeping into a Pyrex dish.

When this happened to me, the fact-checker gave me the option of whom she would call: my father, mother or brother, the principle characters in this particular story, which included no tractors. My father, I reasoned, would be confused by the call and might think the fact-checker worked for the phone company, and my brother might be into his second case of Corona and threaten to whip the fact-checker's ass with a two-by-four. My mother was the obvious choice.

"Mom," I said, "all you have to do is answer truthfully." I explained a few things to her, such as how I'd tried to protect the identities of secondary characters by changing their names and giving them severe facial deformities. "Also, if she reads you any dialogue and asks you if you said that or not, just remember, I am your son, and you love me very much."

Their conversation was brief and uneventful.

But the secret was out: I was writing about my family. Over the next few years, I posted links to new stories on Facebook, where friends and family who appeared in these stories could read them, and I waited to see who would unfriend me or send hateful messages, but it never happened. "The Truth must dazzle gradually," Dickinson says, "Or every man be blind."

So that's my advice to you: Put a few stories out there in the world where your family can see, and if they don't threaten to gouge out your eyes with a turkey baster at the next family dinner, then put a few more stories out there, and a few more, and eventually, like boiling the proverbial frog whom you love deeply and aren't actually trying to boil, they will start enjoying your stories. Just remember:

It's one thing to write about family members you don't see every day—it's another thing to write about your spouse, who can poison you with minimal planning. That's why I suggest you consider asking your spouse to read some of the more sensitive material first. I've learned it's good not to blindside my wife, especially if I'm going to be referring to her as a "sex kitten" in an upcoming story.

"How does your wife let you do this?" people ask. The short answer is, because she's awesome.

The longer answer is, I explained to her once that if she ever wants a larger house and more ample closet space, she has to let me call her a "sex kitten" in a magazine.

Before I delivered the final memoir manuscript to my publisher a few months ago, I thought it wise to ask my wife to review a couple of delicate chapters, and she did, more as a favor, really, and she grunted disapproval of a few passages, and I revised them into something better. Because I love her. Because she is my sex kitten.

In the end, the family memoir is nothing to fear, for the writer or the family. Cast aside your vainglorious stratagems for vengeance and remember: All the memoir requires is truth and art and love. But in this instance, as in others, the greatest of these is love.

Also, it helps if you make it funny.

And when your book arrives, give a copy to your wife and one to your mother and tell them you love them, and remind them that they love you, too, and duck.

Harrison Scott Key is the author of "The World's Largest Man: A Memoir."

Harrison Scott Key is the author of "Congratulations, Who Are You Again?," from which this essay was adapted, and "The World's Largest Man."