5 ways "Last Man on Earth" could save itself next season 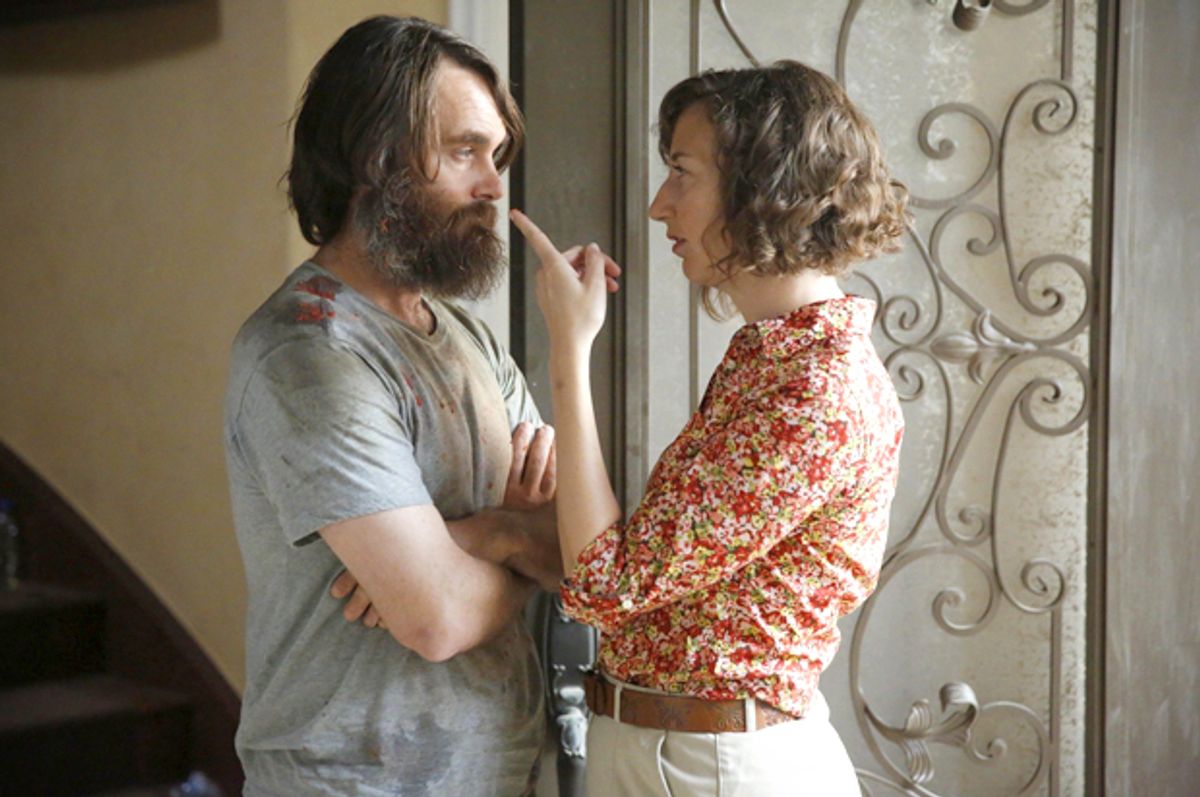 “Last Man On Earth” took a lot of risks over its first season, rapidly transitioning from a one-man show to a twosome to a love triangle to an ensemble over the course of thirteen episodes. And, like any show that favors bold choices, it was bound to upset some viewers along the way. Recently, Yahoo criticized it for devolving into "just another sitcom" and Huffington Post decried its treatment of Carol, while Splitsider called out Will Forte's character for being an insufferable prick (at one point, I also expressed some reservations).

Yet I haven’t given up on the show. The premise remains intriguing, backed by a world-class creative team (Phil Lord and Chris Miller) and helmed by two of our greatest comedic performers (Will Forte and Kristen Schaal). Most importantly, last night's finale -- which had Carol and Phil-slash-Tandy abandoning their Tucson Cul-de-sac and driving off into the horizon -- gave me a renewed hope for a fresh start in season two, that would trim some of the show's fat while keeping its essential core intact. Here are some hopes for the show going forward:

When the show began, Will Forte’s Phil Miller was the show’s lovable, empathetic hero. Heck, we didn’t have any choice but to root for him, cause he was the last man on earth. Yet as time went on and more characters were introduced, Phil became an increasingly complex and polarizing figure, as he lied to, cheated, stole from, betrayed, and even contemplated murdering (!) his fellow survivors.

Suffice to say, turning Phil into the antihero isn’t a choice that all viewers enjoyed, and the character’s rudeness often became insufferable. As Meredith Haggerty wrote at Splitsider: "Each week, instead of growing as characters, the characters grow in number — more people to hate Phil. It’s exhausting. It makes me glad to be in a pre-apocalyptic world, totally surrounded by jerks, so I don’t have to worry so much about one in particular." Yet the final moments of this episode, with Phil lying defeated on the ground, singing a very sweet song that he wrote for Carol, gave me hope for the character's redemption. Setting up a new life away from the people who hate him could give Phil a chance to remake himself, and to find the sweet spot somewhere between terrible and charming -- which is a space that Forte occupies so well (it would also allow the other members of the ensemble to develop distinctive traits other than their Phil-hatred).

Some of the most striking moments in the show's early episodes were its visual gags: How Forte made a playground for himself in the haunting, uninhabited Tucson landscape, from going bowling with fishtanks to decorating his house with famous artworks. Yet the landscape became underutilized as the show focused increasingly on the human entanglements. That's why I'm stoked to see Phil and Carol on the road, hopefully moving somewhere new.

One of the beauties of “Last Man on Earth” is that there’s no reason for the show to stay in one place, and the combination of the dark premise (the end of the world as we know it) with the show's tone (whimsical, playful) offers the potential for the characters to interact with the post-apocalyptic world in really interesting and creative ways. I want to see Phil and Carol explore this new world and figure out how to live in it: Somewhere snowy, somewhere urban, somewhere by the beach!

3. A return to the original premise

In my early review of the series, I was struck by how the show managed to balance humor and pathos, and to confront deeper questions about human nature while still maintaining its playful spirit: "Like most 'last person alive' films, the show is fundamentally a meditation on loneliness and an exploration of how people cope when severed from the comforting codes and strictures of society ... amid the slapstick, “The Last Man on Earth” shows inklings of being a fairly profound reflection on human nature, and Forte, with his soulful eyes and zany spirit, is a great person with whom to roam the ruins of civilization."

Yet as the cast grew and grew, the show lost this part of itself; per New York Magazine's Jada Yuan, the "introduction of too many new characters threatened to turn the show into a generic suburban comedy, like a 'Cougar Town: End of Days.'” But Carol and Phil setting out alone together suggests that we might be getting a fresh start and a return to these deeper themes -- of how people confront loneliness, create meaning, and find solace in one another in the wake of social breakdown.

For me, the time Will Forte and Kristen Schaal spent alone together was the highlight of the series. They have amazing comedic chemistry, and I love seeing the sparks fly as Phil's tendency to throw caution to the wind rubs up against Carol's old-fashioned courtesies. The other cast-members are okay, but it's these two that I really care about. Now, with our indefatigable twosome striking out on their own again, I'm hoping that their kooky, odd couple dynamic will return to being front and center.

Okay, now let’s talk about that twist ending: It turns out that Phil Miller has a brother (played by Forte’s "SNL" chum Jason Sudeikis) and he’s stuck alone on a spaceship, futilely paging ground control and tallying away the days. There is something so evocative about the mirroring between how the season starts and how it ends: With two lonely Millers, the Last Man on Earth and the Last Man in Space. Forte says they don't know what they’re going to do about Sudeikis' character: Whether it’s just a throwaway gag, whether they could run his story in parallel, or whether he'll somehow find a way back to earth. Still, his mere presence heightens the emotional and mythic stakes of the story that we felt in the premiere -- stakes we haven't felt keenly in far too long.