Falsely convicted death-row survivor opens up: "They had every intention of executing an innocent man" 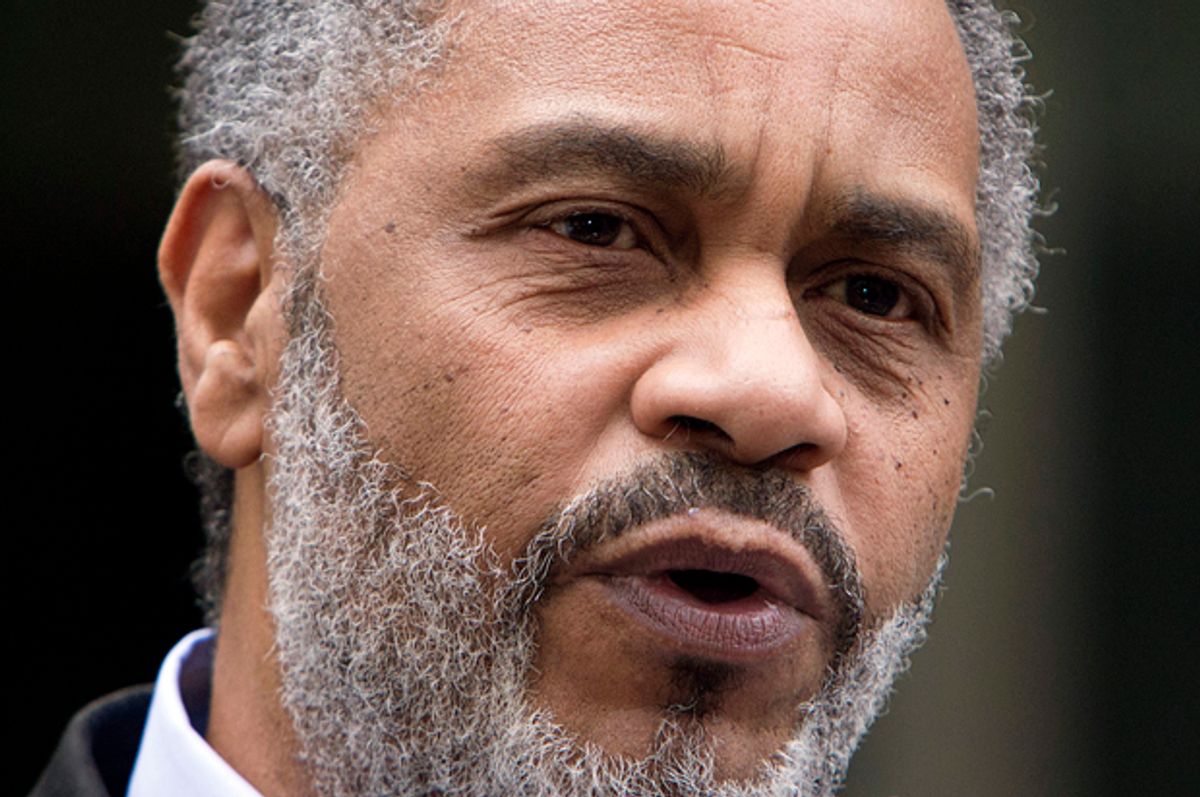 Hinton was convicted in 1985 for the murder of two fast-food workers, who were shot in separate robberies earlier that same year. Hinton has always strenuously denied his involvement in the killings, for which there were no witnesses or fingerprint evidence. Although he was reportedly working in a locked warehouse 15 miles away at the time of the shooting, and although he passed a polygraph test administered by the police, he was nonetheless convicted based on ballistics evidence purportedly tying the shootings to a revolver found in his mother's home. That evidence was later discredited.

“Race, poverty, inadequate legal assistance, and prosecutorial indifference to innocence conspired to create a textbook example of injustice," said Bryan Stevenson, the executive director of the Equal Justice Institute, which took up Hinton's case in 1999, and finally secured his release from death row in April. "I can’t think of a case that more urgently dramatizes the need for reform than what has happened to Anthony Ray Hinton.”

Salon spoke with Hinton last month over the phone. The transcript below has been lightly edited for length and clarity.

How did you end up on death row?

I was first arrested for first-degree kidnapping and robbery. Since the case was similar to another crime, they charged me with two counts of murder. I asked [the detectives] what they were arresting me for and they wouldn’t tell me. I kept asking what I was being arrested for and the detective finally said he was going to tell me. I told him I didn’t do it and he said, “I am going to say you did it and you are going to be convicted.”

Did you think you received competent representation?

My ballistics expert was blind in one eye. He was paid $500. It came down to, "Who do you believe? The expert with one eye, or the state?" The district attorney cross-examined my expert -- he chewed him up and spit him out. The jury went with the state expert. I would say [my attorney] was incompetent. He didn’t know he could have asked for more money to hire a better expert.

Death row was a second hell. Try to imagine everyone around you is sentenced to die. The only good day is when someone’s sentence is overturned. People hang themselves and commit suicide. Satan came to me and told me to commit suicide. Everyone on death row has experienced it. It’s not a place I would wish on my worst enemy.

What is the closest you came to being executed?

I have studied several cases like yours. It seems to me that some district attorneys just don’t care if they send innocent people to their deaths. Would you say that is true?

That’s most definitely true. They had every intention of executing an innocent man. If you're poor and black you don’t stand a chance. The DA that we have now seems like he doesn’t give a damn about a man being innocent. In the South, people in power feel they don’t have to answer to no one. When you have a death row case, you have to make 100 percent sure you have the right person. But these DAs in the state of Alabama are racist.

Did you make friends with other people on death row? Did any of them actually get executed?

You get to know everyone on death row. You become friends with them and their families. I met some great guys. Everyone regrets what they did.  Probably at least 30 people were executed when I was on death row. [When they go to the execution chamber] all you can say is, "Keep your head up and don’t lose faith". You should always give them a little hope, when they are being led off to the execution chamber.

How did your family cope when you were on the inside?

My mother passed in 2002. That was a blow like no other blow. I lost my mother, but I still have my sense of humor.

Thirty years is a long time. What was life like when you went in? And how is it different now?

The biggest change is technology. GPS. You can put the address into a car and tell it where to go. Modern technology is something. You don’t need cash money no more.

What has it been like adjusting to life on the outside? What is the toughest part?

On death row you are by yourself. I have a hard time being around a lot of people [now].

Are you going to get some sort of compensation for your wrongful conviction?

The state of Alabama has not apologized let alone offered some money.

Where do you go from here? What’s in the future?

First and foremost, I have to get myself together. I have been in a cage for 30 years. I would like to tell people about what happened to me and share my experience with anyone willing to listen. Hopefully, I can save one person from going to death row.

How can we stop this from happening?

People need to start paying more attention to who they vote for. Go to the campaigns and ask hard questions. Ask if [politicians] are willing to live up to their expectations.

How do you feel about the death penalty in general?

Innocent people have been killed. They need to end the death penalty. Life without parole is sufficient.