How many Seattle police officers does it take to rescue a shirtless protestor from a basketball hoop?

The answer is 13, if you were wondering 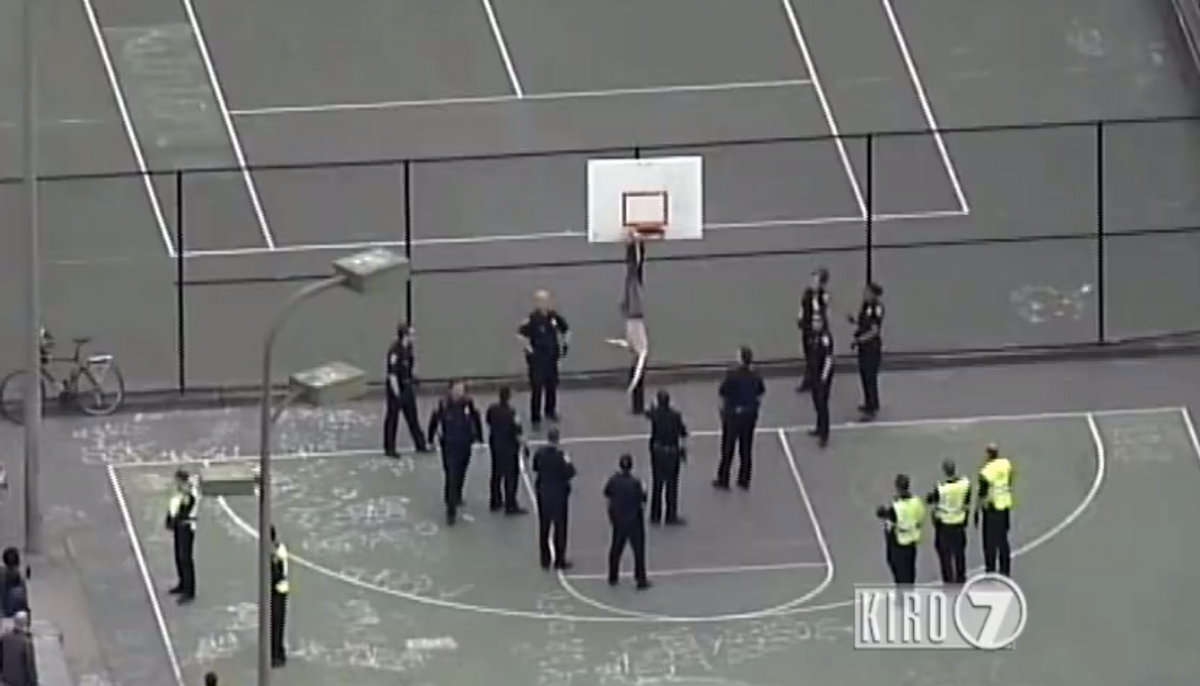 May Day, Seattle's annual day of peaceful rallies for immigrant rights, quickly turned to mayhem Friday as police lashed out at anti-capitalist marchers. There was pepper spray, projectiles fired by police and sixteen people arrested in total, according to the Seattle Times.

Meanwhile, a shirtless man was raising some havoc of his own over at Cal Anderson's basketball courts. With a hammer in hand, the man managed to climb atop a basketball hoop and get stuck in the net, prompting the police department to call in the fire department for back-up as he flailed around upside-down. How many police officers does it take to stand guard as a shirtless man flails upside-down from a basketball hoop with a hammer, you ask? Thirteen, it would seem.

According to MyFox, two firefighters were finally able to release the man by climbing up and cutting the net. The Seattle Police Department tweeted later that night that they were still considering what the man's charges would be. "He may be arrested for property destruction, or at least goal-tending," they wrote.

Watch the footage via KIRO 7 below: