"Tests are supposed to be assessments of skills, not a rap battle on 8 Mile Road" 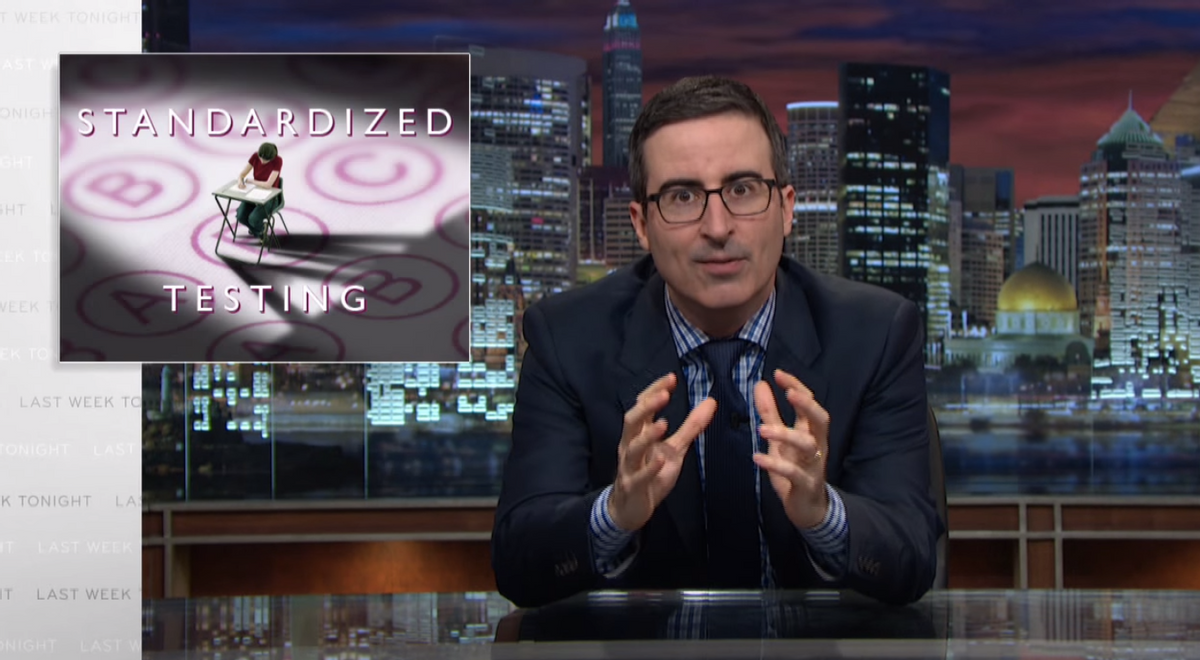 The fastest way to terrorize any child is to utter the words "standardized testing," according to John Oliver. And that's a big problem when you consider just how much of one's fate rides on this complicated metric in our day and age. Oliver used Sunday's "Last Week Tonight" to investigate how the anxiety-inducing practice has gotten so out of hand that proctors now have instructions on how to handle puking kids in their test booklets.

"Something is wrong with our system when we just assume a certain number of kids will vomit," Oliver said. "Tests are supposed to be assessments of skills, not a rap battle on 8 Mile Road."

Oliver directed most of his shade at President George W. Bush for signing the No Child Left Behind education act into law which would, in turn, be passed down to President Barack Obama and supplemented with his own series of standardized tests. However, his best shots were saved for Pearson, “the educational equivalent of Time Warner Cable." ("Either you’ve never had an interaction with them and don’t care, or they’ve ruined your f**king life.”)