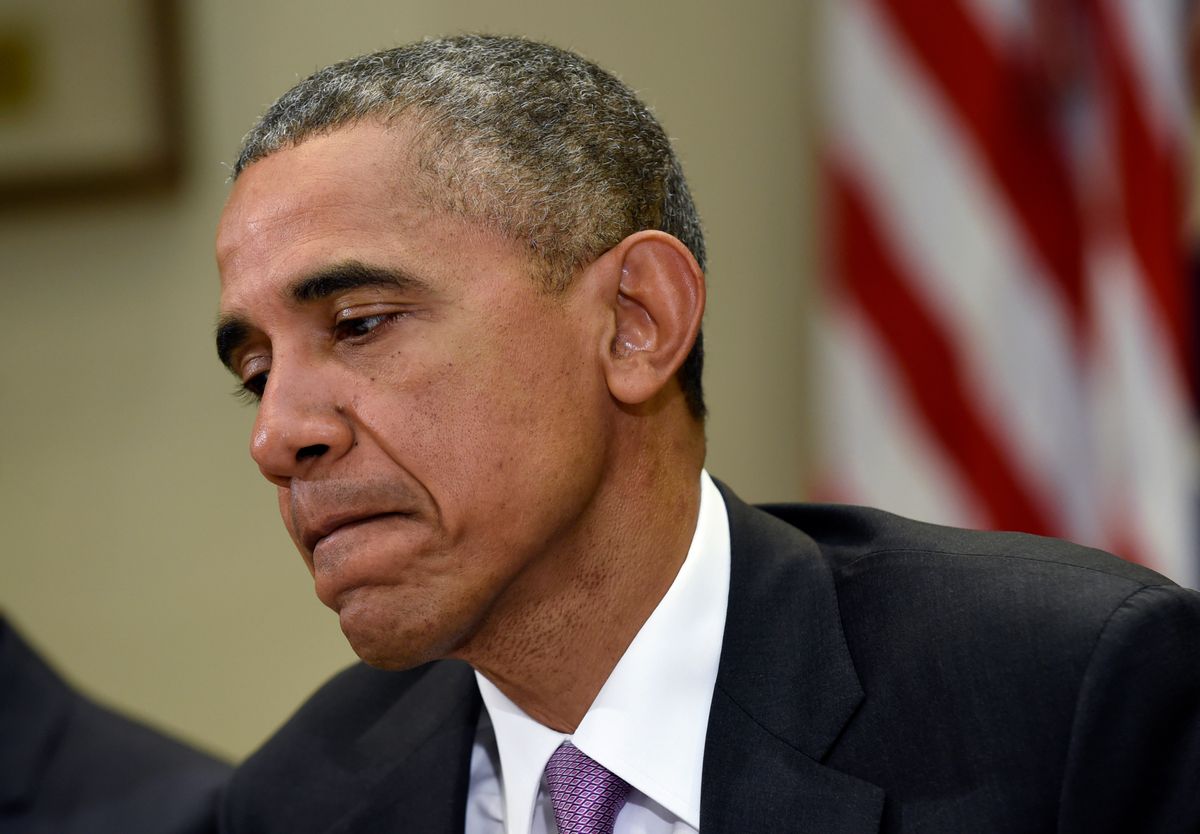 President Barack Obama pauses as answers a question about the situation in Baltimore during a meeting in the Roosevelt Room of the White House in Washington, Friday, May 1, 2015, with persecuted journalists to mark World Press Freedom Day. The president Barack Obama said it's "absolutely vital" that the truth about what happened to Freddie Gray comes out. (AP Photo/Susan Walsh) (AP)
--

Christian radio host Rick Wiles has come up with an interesting epithet to describe President Obama after this year's White House Correspondents' Dinner, where the commander-in-chief poked fun at former Rep. Michele Bachmann for claiming his policies would bring about the biblical End of Days.

Piling onto the right-wing blogosphere's pro-Bachmann outrage, Wiles -- he of "Ebola will actually rid us of evils such as abortion, homosexuality, promiscuity and godlessness" fame -- resorted to ad hominem attacks on the president, referring to Obama as an "uncircumcised philistine." He also criticized reporters who attended the event, before proceeding to recite scripture.

"I realize most American pastors and evangelists are afraid to denounce the uncircumcised philistine in the White House," the host said, "but I'm not afraid of him."

Listen to a clip from Wiles' program, via Right Wing Watch, below: