Soledad O'Brien calls out media's use of the word "thug": "It's a word we use instead of the 'N-word'" 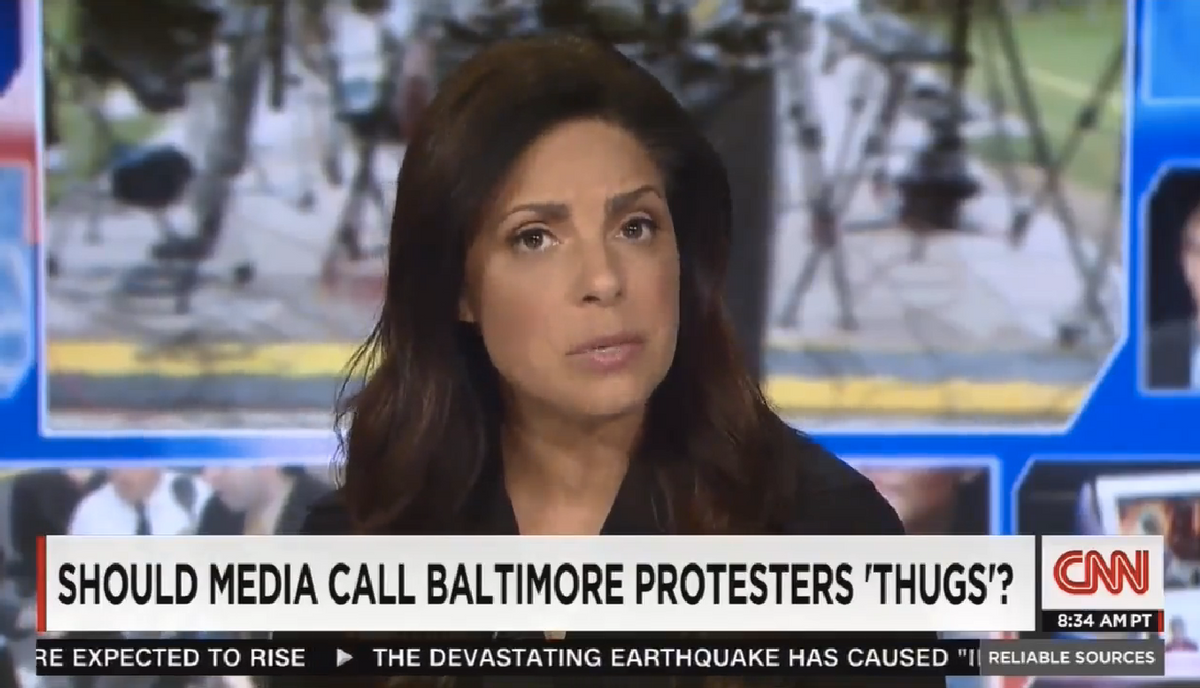 Former CNN host Soledad O'Brien offered a tough analysis of the media's widespread use of the term "thug" to describe protestors in Baltimore on Sunday, asserting that the word is too often applied to inner-city communities of color and almost never against white protestors.

"Thug is a proxy, a word we use instead of the 'N-word,'" O'Brien explained. "I think when you examine when the word is used, it's used to describe the actions of people of color, specifically people who are in the inner city. I think for journalists to have a debate back and forth about 'thug' and 'thuggery' is naive ... Journalists should strive to use words that describe accurately what's happening."

When pushed to provide examples of other words journalists should use to describe the "lawless activity" taking place in Baltimore, O'Brien stayed firm. "Wouldn't the protestors -- the people who have been going out of their way on the streets of Baltimore in peaceful protest -- object to the words that 'there are protestors throwing rocks and bottles?'" Sesno asked.

"I can't tell you how the black mayor does it or how the president of the United States uses the word," she added. "I can only comment on how I think journalists should think about a word that actually doesn't have a lot of nuance and isn't specific, but somehow seems to be used a lot when talking about African-Americans."

Watch O'Brien challenge the media's use of the word "thug" below: