A thread answers novice sex questions. The results are hilarious — and just might give you hope for humanity 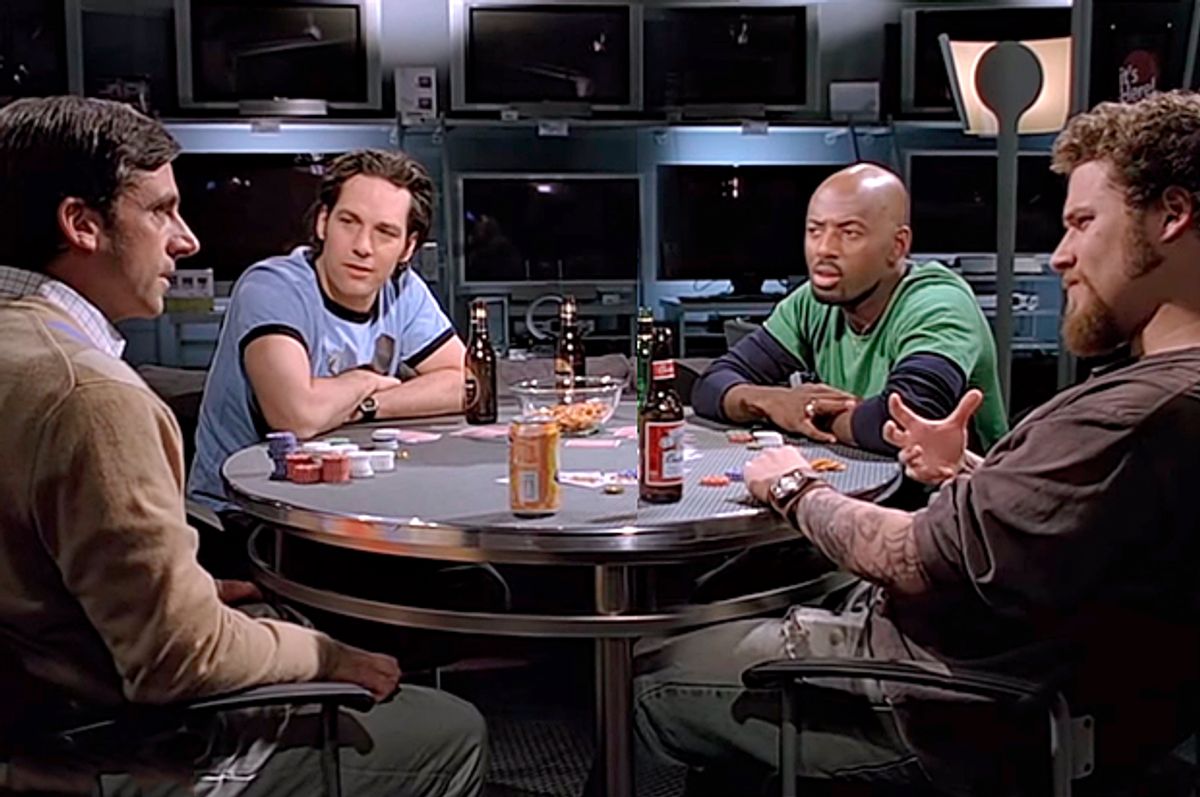 These are some of the bits of wisdom to be gleaned from a Reddit thread currently gaining traction for soliciting sex questions from virgins. They are very basic queries — about things like kissing, fondling and elementary anatomy. The kind of questions that bring you right back to that vulnerable state of anxious virginity. The kind one might expect to inspire all sorts of obnoxious dick-swinging by Reddit’s resident masculinist trolls. But the general Reddit community has weighed in with answers that are surprisingly earnest and helpful.

I suppose this shouldn’t be surprising — who doesn’t love dispensing sex advice to a total novice? What better way to feel like a well-oiled love machine? Often, the answers are hilarious. Sometimes they are charming, even poetic. This, despite the enormous potential ick factor of watching a stranger attempt to describe how to kiss well. Truly, few things sound quite as awful — until you’re witnessing an adult man genuinely attempting to instruct a virgin on proper tongue placement. That’s when you begin to feel connected to the whole of humanity simply by merit of the inherent weirdness of sex.

Virgin or not, it’s fascinating to see how other adults describe sex. So I’ve compiled the best questions and answers for a CliffsNotes version of sex according to Reddit.

“Warm cantaloupe, like, after it's been cut and left out for breakfast, and you're idly picking through it - musky, just a touch bitter.”

“[O]ne of my exes smelled like those Queso cheese dips you use for tortilla chips at the best of times, or nothing. One ex smelled like crayons, she was probably my second favourite. … Another had a very unique sweat smell which was absolutely fantastic, i wish I could build a cottage there and just retire.”

“How long does it normally last?”

“There's no timer. You're there to be pleased / please them. Take your time, communicate, and have fun. Play a little music, go underneath the comforters, and just take your time. The goal isn't to orgasm as quickly as possible. The goal is to have fun.”

“I have had coitus that has lasted as little as a couple of minutes, or as long as an hour. Personally, I have generally enjoyed the times that involved about 30-45 minutes of foreplay, and then about 5 minutes of coitus the best. If things don't go as planned in the beginning, don't be discouraged.”

“Sometimes you'll spend two hours doing stuff believing it was like ten minutes, sometimes the other way around. You don't really feel time while at it, so don't worry about that part. Most of it really just kinda happens the way it seems best at the moment.”

"how do you kiss properly / not suck at kissing?”

“Don’t shove your tongue in their mouth. Just lightly brush your tongue against theirs. Don't pucker your lips tight, keep them relaxed. Keep up with your oral hygiene, your mouth is going to be next to their nose Be careful not to clink your teeth with theirs as well. Hand placement also helps. Behind the neck, also slowly pulling a girl gently by the chin to you helps with the mood”

“you don't have to stick your tongue in your partner's mouth immediately. Basically, start with just lips, then move to gently licking their lips. If your partner is still receptive, then continue to full tongue. Once tongues are in full play, remember the point it not to lick the other person's tonsils. … On the technical side, remember to breath through your nose. It's oddly easy to forget to breath during a good kiss.”

“Don't get slobbery, use tongue but don't try to get it down their throat, change up the pace, and occasionally bite their bottom lip and pull away a little. The bite gets the panties wet.”

“Don't slobber everywhere; don't mush your mouth all over their face, it's weird when somebody is trying to like eat your face with their mouth. No bueno. Honestly, it's kinda like tongue wrestling.”

“A young small firm one kind of feels like touching an unflexed bicep. Older, bigger ones, are kind of like a pot belly, if you have one.”

“Warm, soft, squishier than a stress ball but kind of also like a bag of jelly or water. The nipple is what really separates the breasts. Some are like pencil erasers, some don't really stick out until they get aroused. Boobs are fun.”

“They are like snowflakes. No two are alike. Just enjoy them my friend. They are magnificent!!”

“How has nobody said bags of sand?”

“Well, breasts aren't anything special. To be honest, if you were to grab a piece of your own ass, it would pretty much be the same thing.”

“How hard is it to thrust? I've tried fucking pillows and stuff before, but my hips always get tired after a few thrusts. Hoping its easier in actual sex”

“It's probably different (the angle might be different than what you're expecting). You'll also have a hell of a lot more adrenaline/endorphins going, unless your pillows are incredibly sexy.”

“Pillows don't have spring action on your thrusts like an actual human body would, so it won't be as tiring. Just let the rhythm do the work.”

“Lift weights and work on your core. Do pushups every day. You'll be fine.”

“Am I supposed to say thank you after?? Like when you're done is it just like 'Thanks, have a breath mint', or do you have to cuddle for a while? Are there unspoken rules?”

“When I was younger I thanked my GF and she told me not to, that it made her feel like a hooker. Later I had a GF that thanked me and I felt weird about it. Dunno if it's because of what GF#1 said, or because being thanked feels awkward”

“After play is as important to most women as foreplay, most of the times it will come [down] to cuddling, gently stroking her body, just to give her a slowly reduced sensory input to cool down after the fun you just had.”

“My boyfriend and I high-five afterwards.

At first it felt slightly out of place when sex was more ‘making love’ and less ‘fucking’, but now it feels incomplete without one.”

“I think most people make some amount of noise in bed, it's usually not the decibel level of pornography though.”

"Does it actually feel physically good for the guy or is it all in the mind?”

“Oh god yes. There's no level of fleshlight/hand/pillow or combination of that can compare.”

“Column A, column B. Not to underestimate the feeling of intercourse, it is wonderful. But your mindset plays a huge role in it, too. The more intimate and connected you are with your partner beforehand, the greater the sensation.”

“Better than anything your dick has ever experienced, bro.”

“It's like the feeling you get with certain drugs, and it's perfectly legal!”

“Not exactly. I mean, yes, there is the rubbing of the penis until climax, but that's not just it. It's fun, it feels good, and feels good to do it with another person. You're trying to get her off too, not just yourself.”

“Sex is (hopefully) both parties achieving orgasm. It's also an emotionally significant step both parties take. Achieving orgasm (for a male) isn't exclusively done inside the female. But it's essentially stimulating the outside of the penis.”