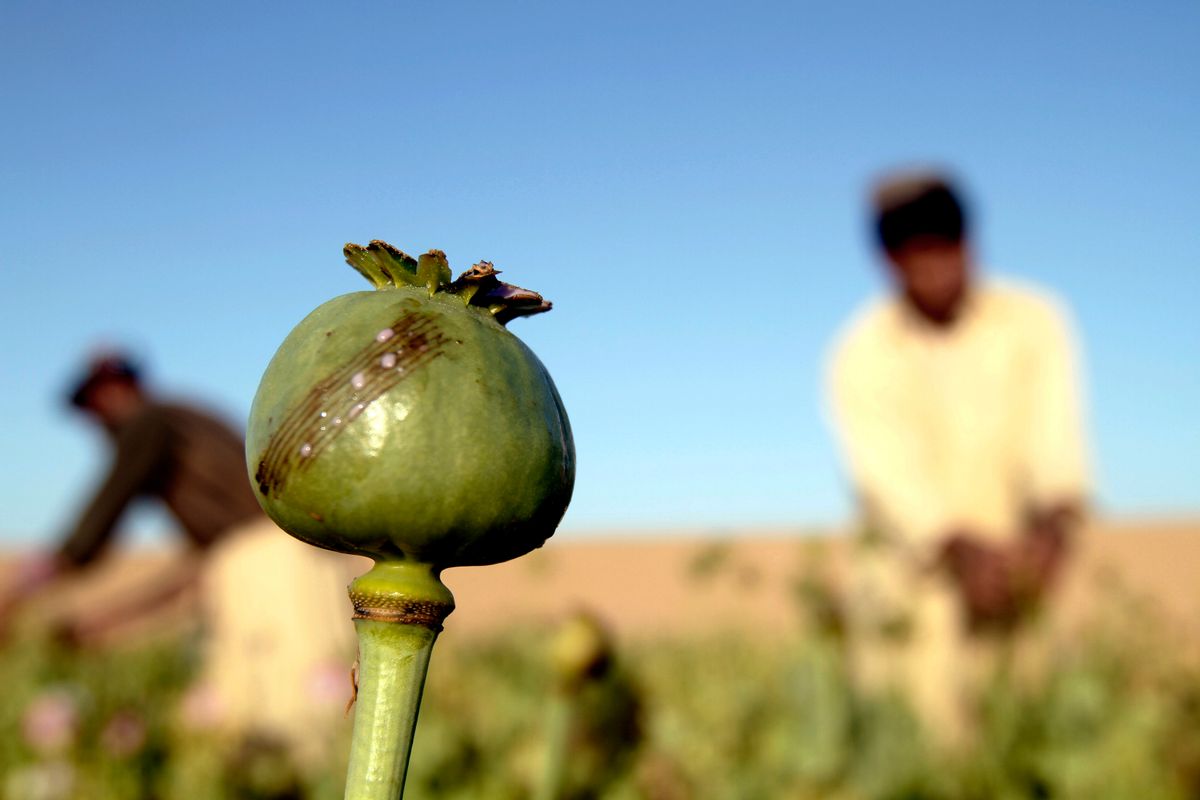 In this Saturday, April 11, 2015 photo, Afghan farmers harvest raw opium at a poppy field in Kandahars Zhari district, Afghanistan. This year, many Afghan poppy farmers are expecting a windfall as they get ready to harvest opium from a new variety of poppy seeds said to boost yield of the resin that produces heroin. The plants grow bigger, faster, use less water than seeds theyve used before, and give up to double the amount of opium, they say. (AP Photo/Allauddin Khan) (AP)
--

One of the suspects had been on the FBI radar for years for possible terror ties — but authorities say they had no indication he was plotting an attack.

The secretary of state makes an unannounced trip to the African country in a show of solidarity with a government trying to defeat al-Qaida-allied militants.

3. WHY REFORMING BALTIMORE POLICE WILL BE HARD

Critics wonder whether city leaders can implement the change the city needs without the direct oversight that comes with a full-fledged civil rights investigation.

The Boston Marathon bomber cries as his sobbing aunt briefly takes the stand in his federal death penalty trial.

Gen. Joseph Dunford Jr. gained attention in 2013 when he was chosen to take over the job as top U.S. military commander in Afghanistan.

6. WHO IS POISED TO LAUNCH 2ND WHITE HOUSE BID

Former Arkansas Gov. Mike Huckabee returns to his hometown of Hope, Arkansas to make official what the local newspaper calls "the worst kept secret" in the state.

Labour leader Ed Miliband is nerdy, awkward and shy, but those traits may not stop him from becoming Britain's next prime minister.

The variety is said to boost yield of the resin that produces heroin, makes the plants grow faster and gives up to twice as much opium.

The singer swoops in wearing a fur-trimmed yellow cape with floral swirls of gold and a train so long it requires three wranglers.

10. WHAT CAN TAINT CHEMISTRY CRITICAL FOR BASEBALL SUCCESS

Many players download video clips of past games to an iPad to study their swings or deliveries, but team building can be hindered by the staring at screens instead of discussions in the clubhouse.