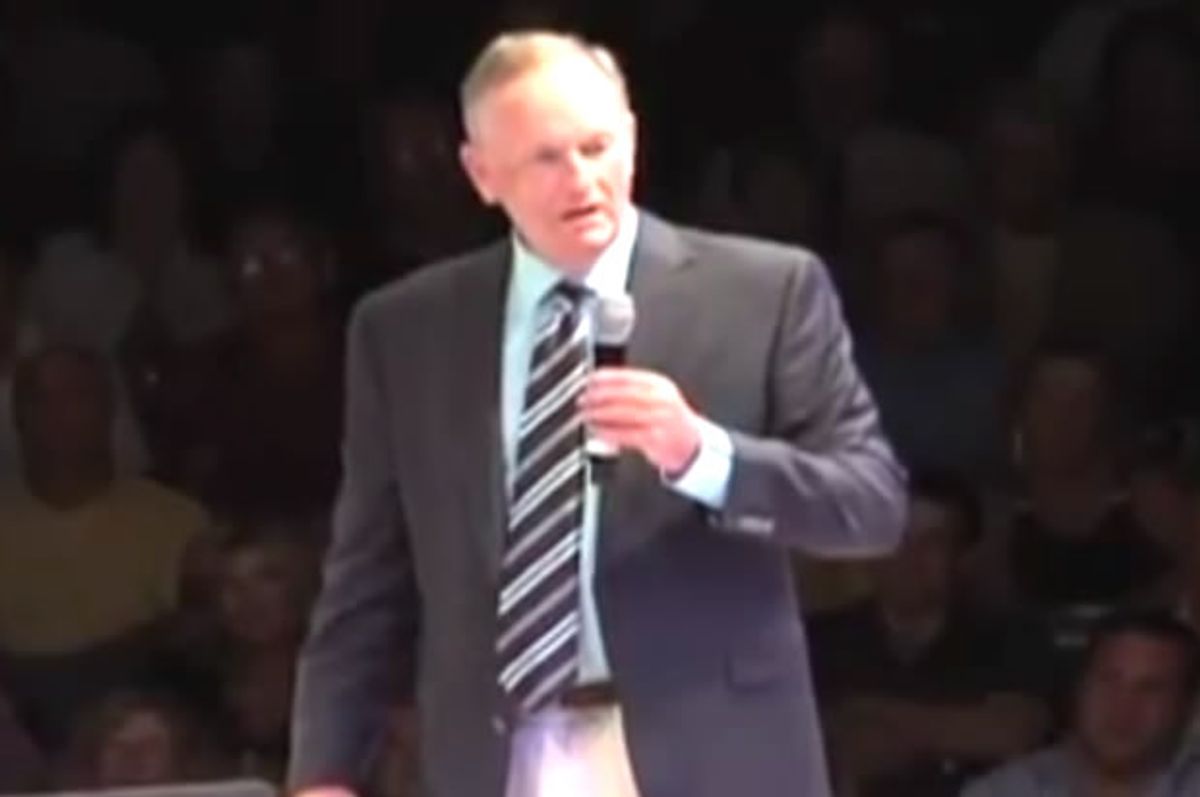 According to CNN Money's Tom Kludt, Bill O'Reilly's "Don't Be a Pinhead" tour includes material that explains why there seems to be a strict no-recording policy -- he has a "talent" for impersonations and a penchant for offensive ones.

Over the course of the show -- in which he co-stars with conservative radio host Dennis Miller -- O'Reilly performed a number of impressions, including one of the "Chinese workers" who improperly donated pantsuits to the Clinton Foundation in one made-up scenario.

"We don't want them back," O'Reilly said in what he imagined to be a Chinese accent. "They don't fit anyone here in this country."

Discussing the protests in Baltimore last week, O'Reilly adopted an accent that Kludt could only describe as "an unusual intonation that made him difficult to understand." He mocked the city's impoverished residents in that accent, saying "We need jobs, we need jobs down here, we need jobs," before reverting to his speaking voice and replying, "Great, burn the CVS down, that'll help out."

When he wasn't punching down, O'Reilly engaged in a little bipartisan fat-shaming, claiming that it would have been easy to miss President Barack Obama when he appeared with New Jersey Governor Chris Christie after Superstorm Sandy because "he was behind the governor." He also suggested that the president could have used comedienne Rosie O'Donnell to plug the well during the 2010 BP oil spill, but there wasn't "a crane big enough in the world" to transport her there.

Watch a promotional video for the "Don't Be A Pinhead" tour below via the Santa Ana Star Center.