"Why would a woman's right to do what she wants...trump a man's?" 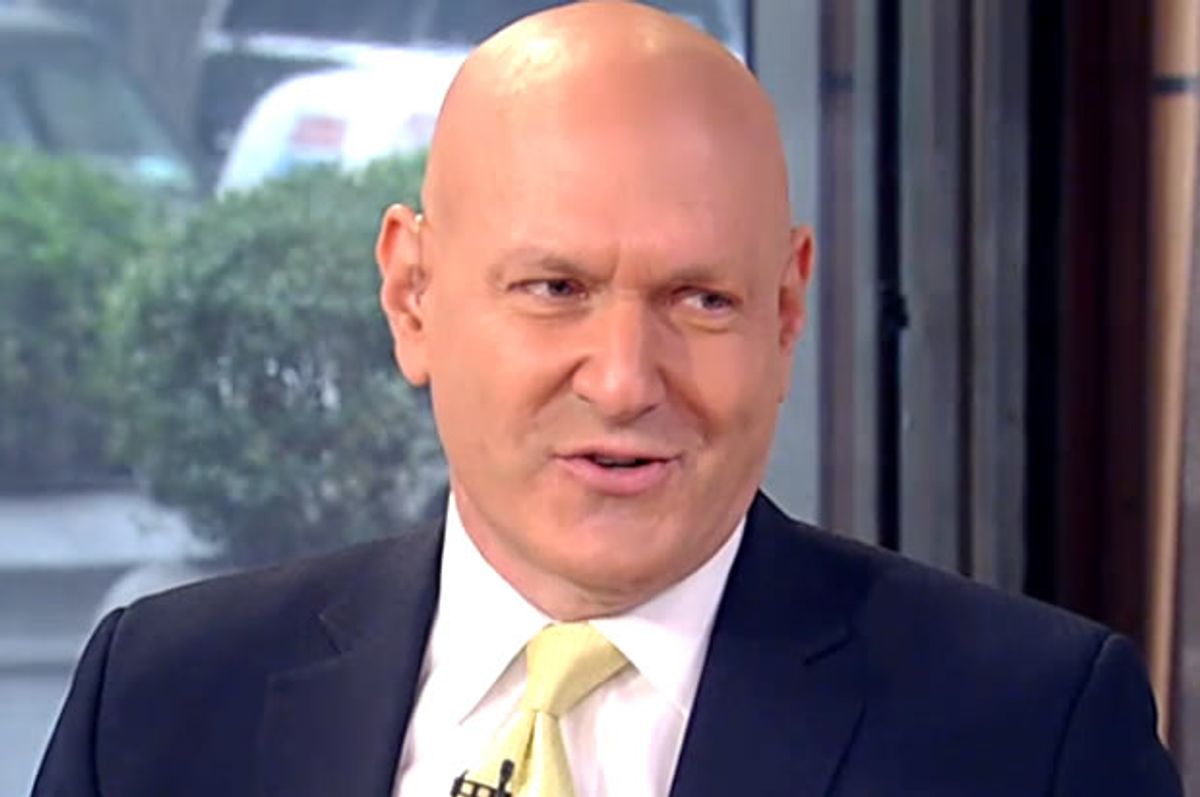 According to Loeb, Vergara refuses to relinquish possession of the embryos. "These are issues that, unlike abortion, having nothing to do with the rights over one's own body, and everything to do with a parent's right to protect the life of his or her unborn child," he wrote in an op-ed published by the New York Times.

"Good for him," Ablow said of that sentiment. "The bottom line is why would a woman's right to do what she wants with a frozen embryo trumps a man's right? If he wants to bring these embryos to term," Ablow said, ignoring the fact that Loeb could not himself bring them to term, "good for him."

"It's not a coin toss," he continued, "it's about whoever wants that potential being to survive -- that's who wins." Ablow lit into Vergara, saying "she's so liberal, 'Modern Family,' anything goes!" He said that given that attitude, it's "interesting that when it comes to her life, she wants all the control."

"Outnumbered" co-host Sandra Smith challenged Ablow, pointing out that when Loeb and Vergara created these embryos, they were a couple and intended to raise the resulting children as a family, but Ablow said that is not the issue. "What their agreement was should not determine the fate of a child," he said, referring to the frozen embryos.

"We don't decide a priori that two parents can decide to do anything with potential life," he continued. "I've been outspoken on this -- I believe that men should be able to veto women's abortions if they're willing to care for the child."

Andrea Tantaros quickly changed the subject, saying that her co-host Smith had a point about the legality, but that what really matters is that Loeb is "a fame whore [who is] jealous of Vergara and trying to get media attention."

Co-host "Kennedy" Montgomery agreed with Tantaros' evaluation of Loeb's character, but brought the subject back to into Ablow's wheelhouse, wondering whether the situation was really all that different than if Vergara and Loeb had a one-month old baby and, when they broke up, she "went into the bedroom and smothered the baby."

Watch the entire "Outnumbered" segment via Fox News below.