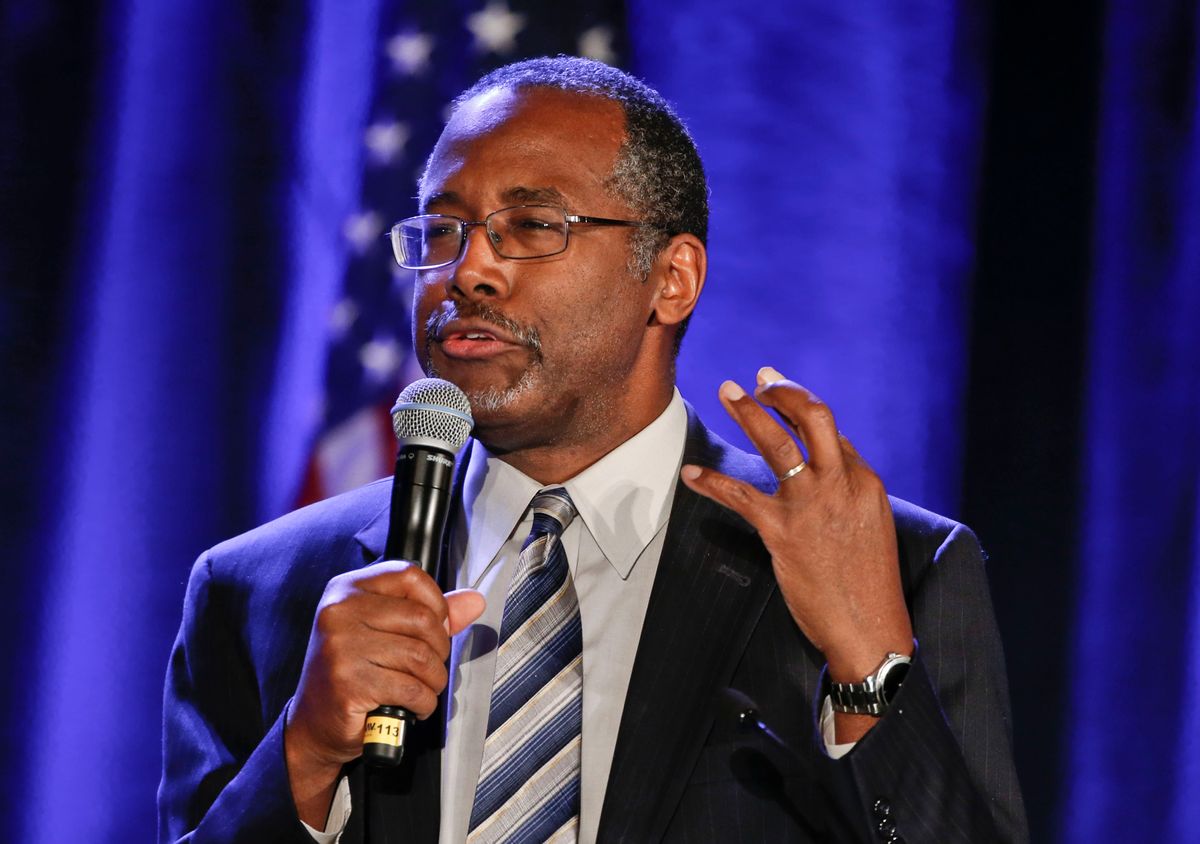 On Monday's edition of Fox News' "The Five," the hosts discussed Ben Carson's entry into the GOP presidential race.

Eric Bolling explained away some of Carson's more inflammatory statements with the argument that Carson just hasn't been trained for public life: "Real people with real meaningful jobs are always at a disadvantage," he said. "A surgeon -- not a community organizer -- do not have all those decades of preparing for political life. Carson spent the last three or four decades saving babies' lives instead of preparing the perfect answer when you're asked about gay marriage. So they walk in and they're hit by these things because they really haven't been thinking about it."

Just a note on that -- I'd personally prefer a politician who has spent his or her entire life thinking about the important issues but WHAT DO I KNOW?

"I think he is pretty deeply threatening to the left because he has such an incredible story," Andrea Tantaros said. "He never played the victim card, he worked really hard. He's very compelling and I think they don't like that about him."