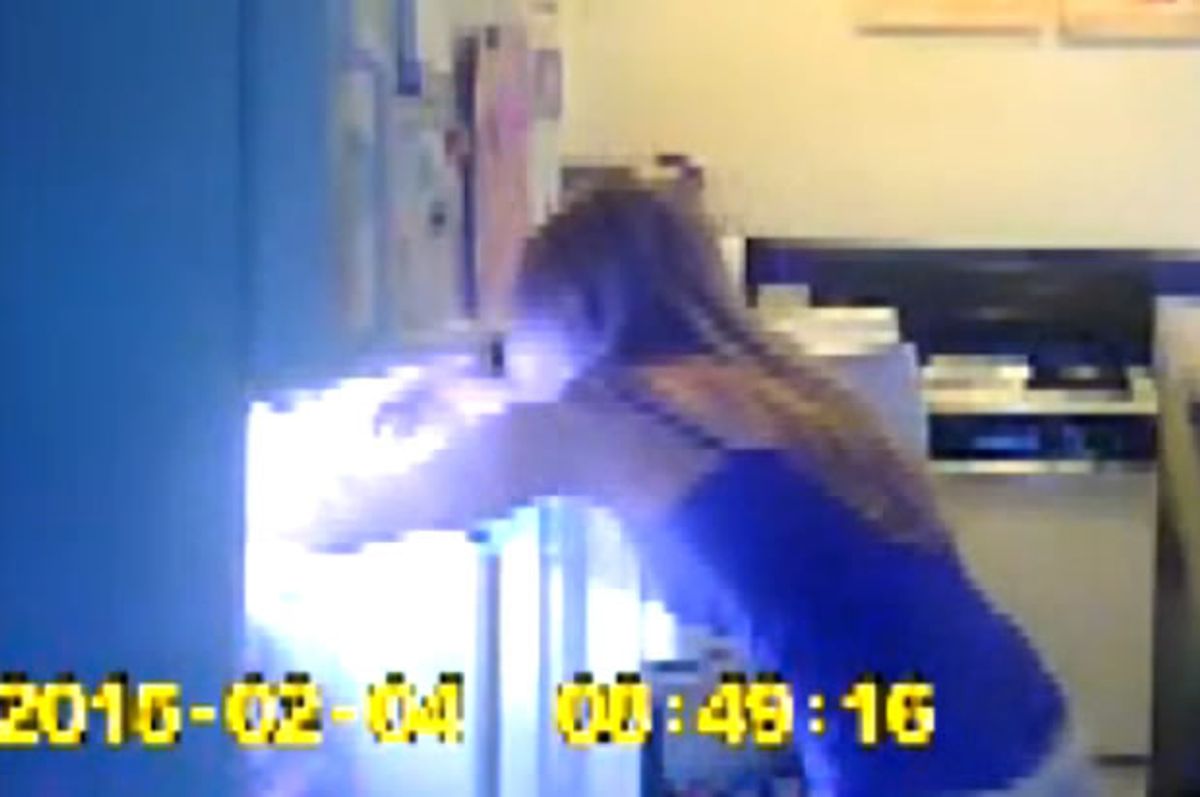 A student at the University of South Carolina was arrested after video of her poisoning her roommates' food emerged. Police have charged 22-year-old Hayley King with multiple counts of unlawful and malicious tampering with a food product -- a Class C felony that could result in her spending the next 20 years in prison.

King's roommates -- who wished to remain anonymous -- told WIS that in the weeks prior to the attempted poisoning, the situation in the off-campus housing they shared with her had rapidly deteriorated. They had been involved in "multiple altercations," which is why they set up surveillance cameras to monitor her behavior when they weren't home.

When they viewed video of King attempting to poison them by pouring Windex in their food, they immediately contacted police, who asked King to come in for questioning. She quickly confessed, accorded to police records. King was held overnight, then the next day on $5,000 personal recognizance bond.

Police also said that when King moved out, one of her friends sent threatening text messages to the roommates. "While Hayley is moving out don't [expletive] with her," the message began. "Y'all have been [expletive] taunting her since the semester started. If she tells me you're [expletive] with her I will personally come and check you. You too old to try to be bullying some damn body. Grow the [expletive] up."

Watch the entire video via WISTV below.