Carly Fiorina is finally getting the hang of Internet trolling -- she bought SethMeyers.org 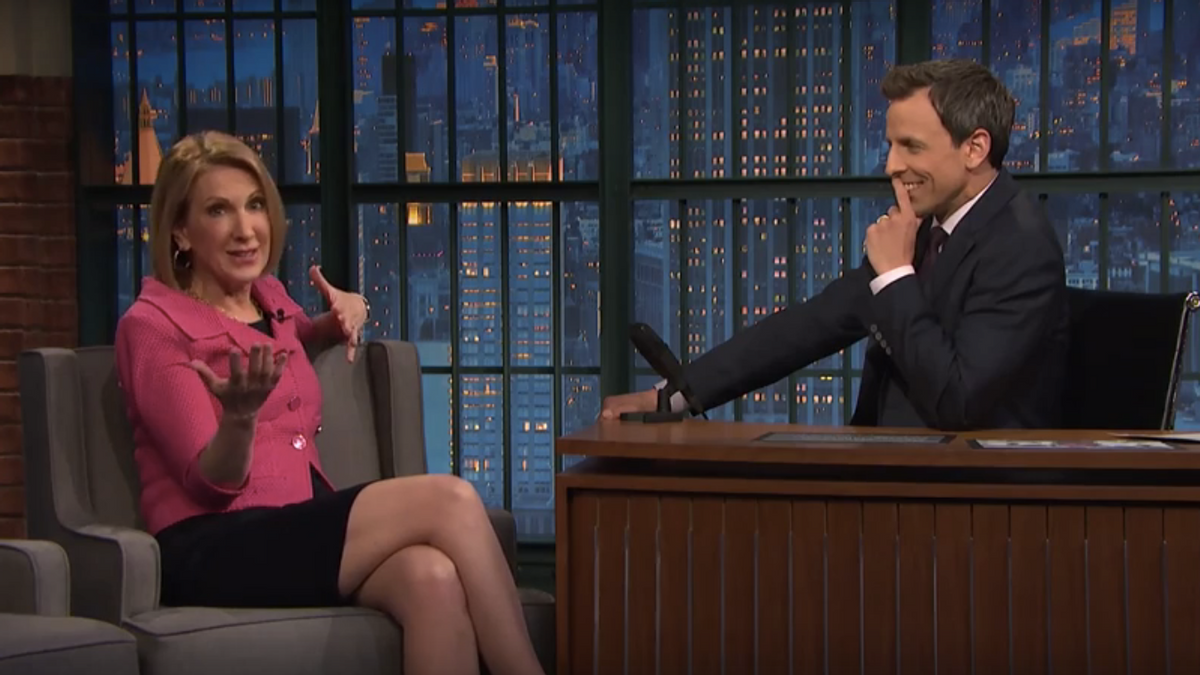 Domain trolling: It's the running theme of this year's GOP race. Earlier this year, we learned that an Arizona attorney named Ted Cruz had purchased TedCruz.com and used the domain to vocalize his support for Obama when the Texas Republican rose to prominence. In more recent trolling, the former Hewlett-Packard CEO Carly Fiorina acted too slowly on securing CarlyFiorina.org -- so one mischievous soul snatched it from underneath her. Using the domain to to write: “Carly Fiorina failed to register this domain. So I’m using it to tell you how many people she laid off at Hewlett-Packard.” (The people laid off were indicated by frowny emoticons).

Fiorina joined Seth Meyers Tuesday night to to apply a bit of self-depricating humor to the burn. Since she was obviously unsuccessful in securing her own domain, she told Meyers she figured the second best thing would be to purchase SethMeyers.org.

"Do you know who owns SethMeyers.org?” she asked Meyers.

“I do,” she answered. “I just bought it in the green room actually. So you better be really nice to me tonight.”