Jon Stewart decimates newly minted GOP candidates one by one

Much like the beginning of "Big Brother," the GOP race looks a lot like a bunch of crazy people who won't win 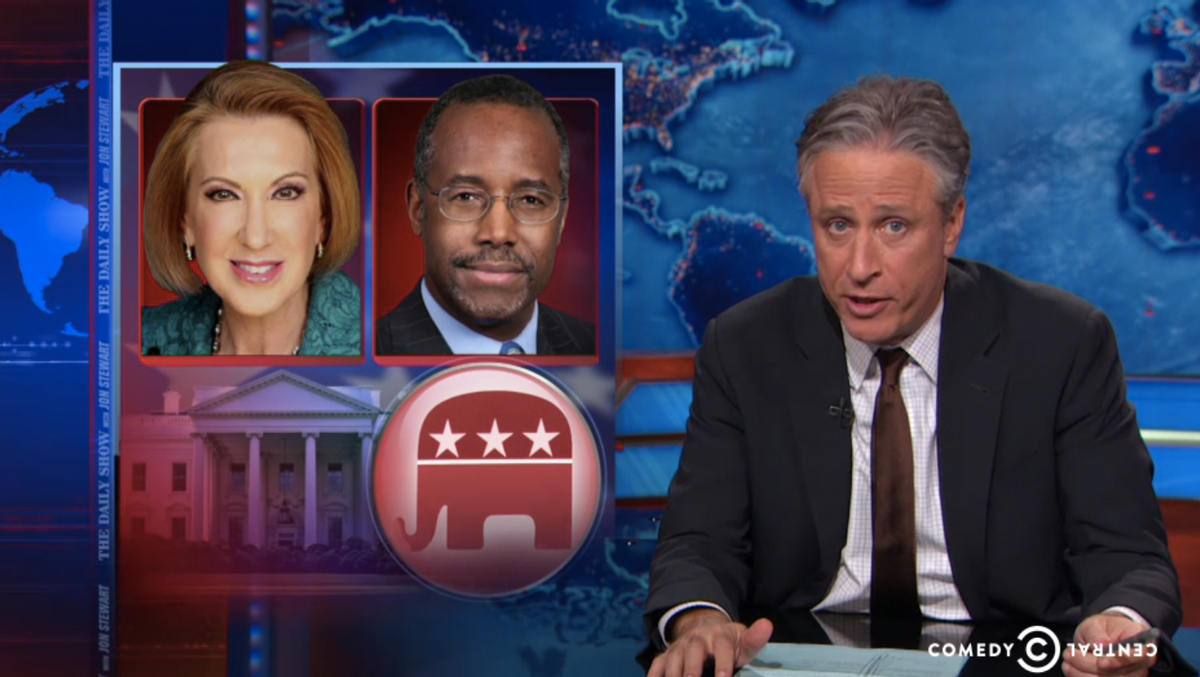 Jon Stewart declared the clownish GOP race the "Road Back To Your Own House" on Tuesday's "Daily Show." For those less brushed up on CBS reality TV programming, that's like the first part of "Big Brother" "before they vote all the crazy people out who you know are never gonna win."

Stewart fired down the line of GOP candidates, starting with former Hewlett-Packard CEO Carly Fiorina who kicked off her candidacy Monday "from inside a mesothelioma lawsuit ad."

The "Daily Show" host's next target was pediatric neurosurgeon turned Republican darling Ben Carson whose presidential announcement featured a choral remix of Eminem's "Lose Yourself." Stewart had fun digging into Carson's hostile lunch n' learn, too -- which featured what was "possibly the most inflammatory thing anyone has ever said while not looking up from a salad."

CNN's John Harwood: "Obama, you've referred to him as a psychopath. What did you mean by that?"

Carson: "I said he reminds you of a psychopath."

"That may be the lowest bar a candidate has ever set for their presidential qualifications," Stewart said.