Portman spoke to The Hollywood Reporter about her Israeli-language directorial debut, "A Tale of Love and Darkness" 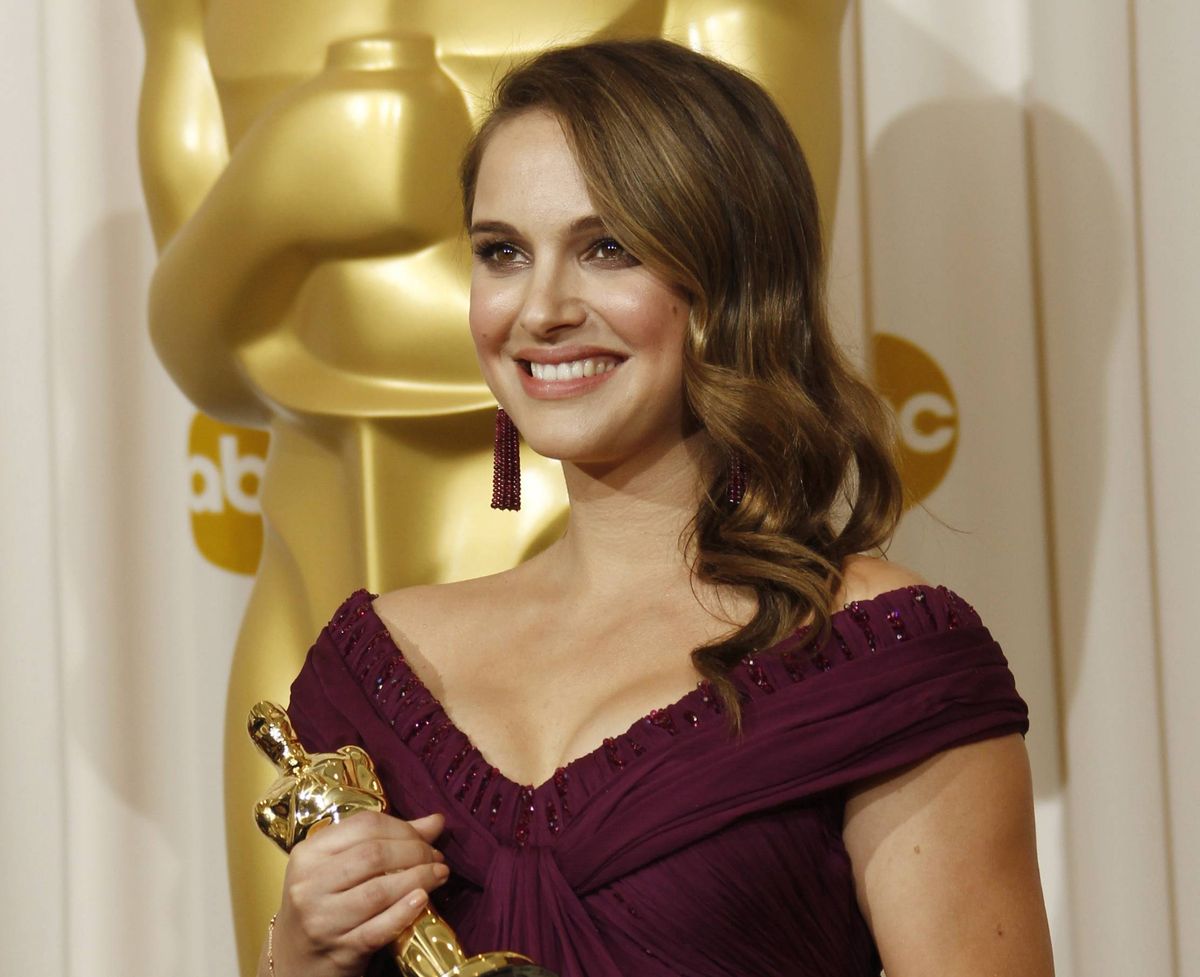 Natalie Portman poses backstage with the Oscar for best performance by an actress in a leading role for "Black Swan" at the 83rd Academy Awards on Sunday, Feb. 27, 2011, in the Hollywood section of Los Angeles. (AP Photo/Matt Sayles) (Associated Press)
--

Natalie Portman doesn’t give a damn about her Oscar.

Speaking to The Hollywood Reporter, the renowned actress said she has no idea where she put the prize, which she won for Darren Aronofsky’s “Black Swan" back in 2011.

"I don't know where it is,” she confessed. “I think it's in the safe or something. I don't know. I haven't seen it in a while. I mean, Darren actually said to me something when we were in that whole thing that resonated so deeply. I was reading the story of Abraham to my child and talking about, like, not worshipping false idols. And this is literally like gold men. This is lit­er­ally worshipping gold idols — if you worship it. That's why it's not displayed on the wall. It's a false idol.”

The interview was pegged to Portman's directorial debut “A Tale of Love and Darkness," which is a Hebrew-language adaptation of Israeli author Amos Oz's memoir of the same name. Portman adapted the screenplay herself, and it is clearly a passion project for the first-time director. “The language was really what [drew me], his obsession with words and the way words are connected in Hebrew, which has this incredible poetry and magic," explained Portman, who also stars in the film as Oz's troubled mother. "It's obviously almost impossible to translate, but there's just incredible beauty to that. [Jews are] a people built of words, people built of books, and it's quite beautiful to see that, which is a strange thing to start for a movie."

Portman, who was born in Israel, also took the time to sound off on Israeli politics, explaining that she is no fan of the country’s recently re-elected prime minister Benjamin Netanyahu. As she put it, "I am very, very upset and disappointed that he was re-elected. I find his racist comments horrific." Still, she says she doesn't want to misuse her platform to speak ill of Israel. "I feel like there's some people who become prominent, and then it's out in the foreign press," she added. "You know, shit on Israel. I do not. I don't want to do that."